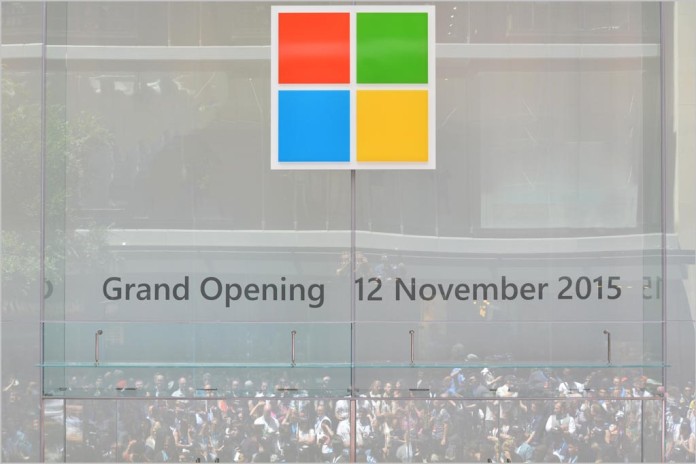 news Microsoft Australia has launched its first flagship store outside of North America in Pitt Street Mall, Sydney – one of Australia’s most popular and expensive retail sites.

The two-story, 6,000 square-foot space features an assortment of the tech giant’s flagship products and in-store services.

In 2014, Pitt Street Mall was listed in the world’s top five most expensive places to rent for retailers, thanks to a recent influx of major international brands occupying large spaces.

Microsoft says the new store will serve as the “centrepiece to the Microsoft store experience in Australia” and will offer “cutting-edge retail and experiential spaces that allow consumers to get hands on with products in an immersive way”.

“Our new flagship store is here to showcase the very best of Microsoft to the local community and we are delighted Sydney has been chosen as its home,” said Pip Marlow, Managing Director of Microsoft Australia.

The Sydney store will be a contemporary space that features the latest technologies from Microsoft and its partners, the Answer Desk – where customers can get help with technical questions, troubleshooting and repairs for Microsoft hardware, software and services – and a “community theatre”, designed to let people engage with and learn about the latest technology.

The Sydney launch follows the recent opening of the company’s first flagship and largest store to date, located on Fifth Avenue, New York, making Australia the home of Microsoft’s second only flagship store, and the first outside of North America.

Since opening its first store in 2009, Microsoft says it has expanded both its retail store and e-commerce presence to serve in excess of 1 billion customers so far. The firm now boasts more than 110 stores across the US, Puerto Rico and Canada, as well as online stores operating in 189 countries.