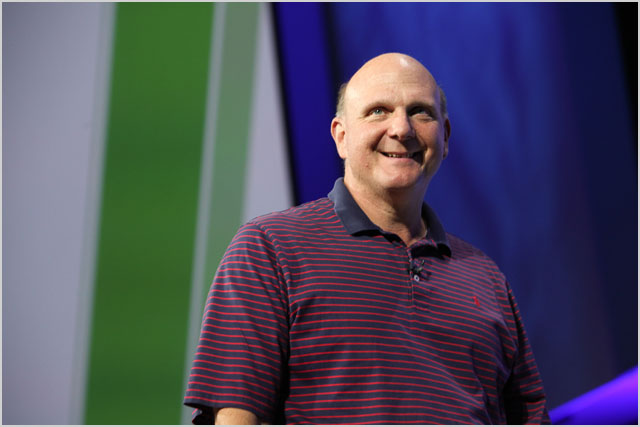 news Microsoft has revealed that a virtualisation solution built on Windows Server 2008 R2 SP1 Enterprise with Hyper-V technology has been implemented by retail giant Coles, at each of its 741 supermarkets, to tackle an aging, in-store fleet of server hardware.

Additionally, the company utilized Microsoft System Center solutions to centrally manage and orchestrate the geographically-dispersed infrastructure. The information was revealed in an extensive case study which Microsoft published on the rollout yesterday.

Almost a century since it was founded in 1914, Coles has more than 110,000 employees on its payroll, working in the entity’s numerous retail stores, grocery supermarkets, fuel and convenience stores, liquor stores, and several distribution centers. The IT department at Coles manages operations from a central location handling both back-office administrative operations, and more than 12 million customer transactions every week. Field support is provided by technology partners to keep in-store servers and other endpoint devices running efficiently.

In 2000, according to Microsoft, Coles adopted server virtualisation, choosing VMware, the only viable solution available then. However since VMware was still in its infancy, the company used it in its corporate offices, and implemented the Windows Server 2003 operating system at its supermarket locations with one application server and one point-of-sale server at each store, for a total of 1,500 physical servers.

The arrangement took its toll on productivity and revenue, and by 2009, it became increasingly difficult for the IT department to ensure seamless running of store operations, in the face of critical server outages because of hardware failure. It thus became imperative for Coles to locate a server virtualisation solution for its stores, especially since it had a successful virtualised server environment in their corporate headquarters.

Ken Harmsworth, GM Infrastructure Services and Operations at Coles, said in Microsoft’s case study that the critical requirement was to offer ‘quick disaster recovery,’ so that in the event of a failure, stores would be ‘back up and running in a matter of minutes.’ Under these circumstances, Coles decided to deploy Windows Server 2008 R2 SP1 Enterprise with Hyper-V technology after evaluating the competition.

The IT team at Coles can now quickly respond to changing business needs, recover data from servers in seconds, and control costs, without interrupting service to store personnel and customers. Coles worked with Australia–based Dilignet, a member of the Microsoft Partner Network, to design the solution architecture for each Coles’ store.

Features that have come in handy are Cluster Shared Volumes in the Windows Server 2008 R2 which Coles uses in its failover clusters, and which enables virtual machines to access the same virtual hard disk files; and Dynamic Memory, an enhancement to Hyper-V by which the company can pool memory on a host machine and dynamically distribute it to other virtual machines in the cluster in order to make efficient use of all available physical memory.

In April 2011, after a successful pilot phase, Coles began rolling out the solution with Hyper-V to individual supermarket locations. By October 2011, the company had implemented the virtualisation solution in 300 stores. Deployment efforts at the remaining supermarket locations are expected to continue throughout 2012. By using Windows Server 2008 R2 with Hyper-V technology, whenever faced with hardware failure, the IT team is able to fix servers without store personnel even noticing (according to Microsoft’s case study), thus using their time to respond to changing business needs.

Ken Harmsworth, General Manager, Infrastructure Services and Operations at Coles says “By using Hyper-V and System Center solutions, we can easily spin up a new virtual machine on existing hardware from a central location without worrying about devoting costly resources to deploying a physical server.”

opinion/analysis
Wow. The virtualisation market has been completely dominated by VMWare for a number of years now, and while the company’s solution is technically excellent — causing a virtual overnight revolution in the way we think about enterprise IT — that dominance has also led to some unfavourable conditions being imposed on VMWare customers from time to time. You know, the sort of terms which monopolists are usually fond of. Compulsorily bundling a web browser with an operating system is a good example ;)

But now, for Microsoft, the shoe is on the other foot, and the company is now a strong challenger in the virtualisation space. It’s great to see some strong competition in this area and a challenger holding the industry giant to account. As Hyper-V and Microsoft’s complementary server offerings develop further, it will be fascinating to see how the virtualisation market changes. VMWare definitely now has something to worry about — and that can only mean good news for customers :)