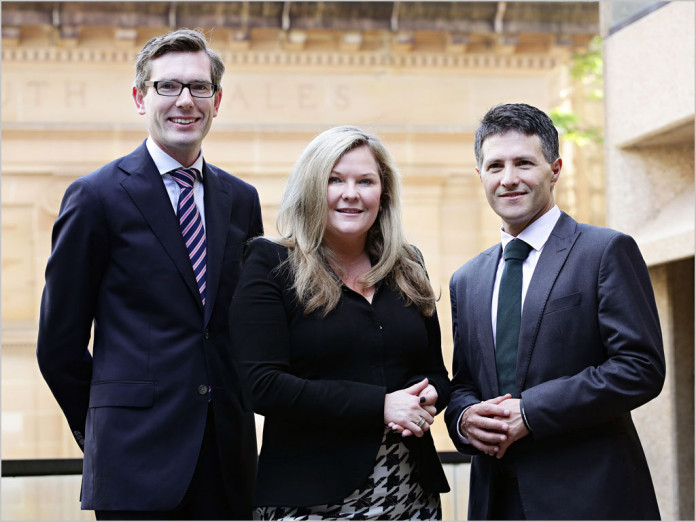 news The New South Wales Government this morning revealed it had signed a new deal with Microsoft that will give the state access to the vendor’s extensive product suite on a wide-ranging basis, with a focus on departments and agencies adoption collaboration and cloud computing technologies.

In a statement, NSW Minister for Finance, Services and Property, Dominic Perrottet, said the technology would break down departmental ‘silos’, providing opportunities for more collaboration and information sharing between departments, and generating efficiencies in the way government services were delivered.

“Taking advantage of new technology is integral to the NSW Government’s commitment to delivering the best possible service to the people of NSW,” he said. “Working with leading edge suppliers to implement cloud-based technology means our agencies can be more responsive, agile and innovative, delivering citizen focused services anywhere, anytime while benefiting from increased scalability and flexibility.”

The Government’s statement said Microsoft’s cloud services are now available to agencies including the Departments of Health, Finance and Services, Justice, Family and Community Services and Planning and Environment.

Minister for Innovation and Better Regulation, Victor Dominello said the agreement represented another milestone in the NSW Government’s IT reform agenda, as the NSW Government ICT Strategy continued to “build capability” across the public sector in support of better service delivery, and deriving better value for the state’s $2 billion annual investment in information and communications technology.

“This agreement will ensure the NSW Government has the digital capabilities needed to deliver better services to citizens in an era of rapid technological change,” Dominello said.

The government will continue to monitor the rollout of cloud-based services, with a view to considering additional applications for similar technology across government.

In a separate statement, Microsoft Australia’s head of public sector Michael Gration said progressive government departments such as the ones mentioned by NSW were leading a “quiet revolution” as they embraced new technologies and techniques that were delivering “remarkable results” for citizens.

“The agreement with Microsoft, which is one of the largest of its kind in Australia, is a great example of the way in which NSW Government Departments can transform the way they operate using technology to deliver better results for their communities,” said Gration. “The agreement means NSW departments will be able to access a range of cloud and mobility services, including Microsoft Office 365, which are hosted in Microsoft’s local data centres.”

“NSW departments will be able to integrate Cloud solutions with their existing Microsoft platforms which will provide great potential over time for them to collaborate, share information and encourage greater community feedback and engagement. The technology will provide the potential for greater flexibility and mobility in their work as they will be able to connect to the same services using different devices.”

More than 130,000 employees in five NSW departments will be the first to have the opportunity to take advantage of the new services – Departments of Health, Finance, Services and Innovation, Family and Community Services, Planning and Environment, and Justice.

opinion/analysis
I’m in two minds about this announcement.

On the one hand, it feels like we are living in an amazing new world where politicians have suddenly started to understand the virtues of technology and how government service delivery can improve dramatically with better tools. Ministers Dominello and Perrottet clearly understand technology better than many of their predecessors have, and it’s great to see this kind of language being used by Ministers and these kinds of transformative deals being signed.

In this sense, this deal is just another in the long series of whole of government deals that Microsoft has signed with NSW and the other states. The technologies change, but the basic structure of the deals remain the same. I would not be surprised if we saw a similar media statement from the NSW Government and Microsoft in 2050.