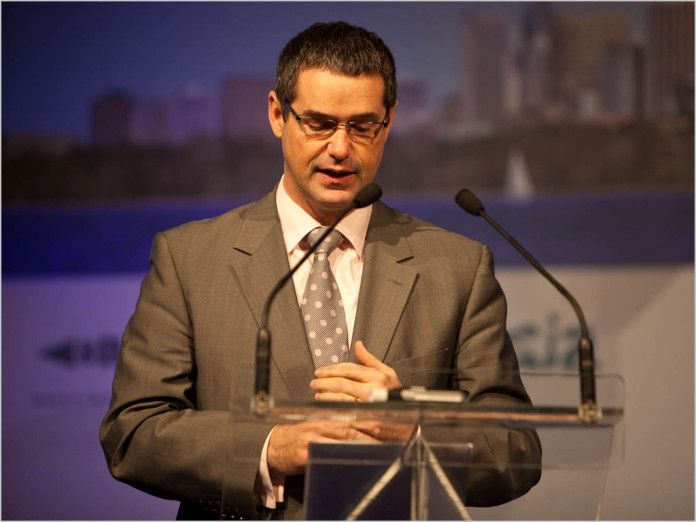 opinion Stephen Conroy needs to stop dithering about with wishy washy attempts to extract basic information from the closed shop that the NBN company has become under the Coalition and actually use the full powers of the Senate to hold the Government to account over the tragic mess it has made of the project.

Over the past several months, former Communications Minister Stephen Conroy has made several attempts to use the Senate to get basic pieces of information out of the Government with relation to the National Broadband Network project.

Conroy, or a fellow Labor Senator such as Jenny McAllister, will move a motion for what is called an ‘Order for the Production of Documents’ in the Senate. The motion will list the documents that Conroy is after — typically, financial or operational information pertaining to the NBN, or correspondence between the Government and the company.

OPDs are a very commonly used tool of the Senate and date back to the founding of the Commonwealth. They are intended as a mechanism by which the Senate can legally force the Government of the day to release information which it wants to keep private, thus holding it to account by the Parliament.

Although there are obviously a number of different political parties in the Senate, each with their own agendas, most of the time a majority of Senators tend to vote for OPDs, because the Senate as a whole generally approves of the concept of transparency and holding the Government of the day accountable. Plus, so the logic goes, if you support someone else’s OPD, they will probably support yours when the time comes. Crossbench Senators are usually particularly of this view.

And so Conroy’s OPDs have generally been approved. The Senate likes this kind of stuff.

However, this is where this happy story starts to fall down for the Victorian Senator.

The Government, as represented by Communications Minister Mitch Fifield, who is also the Manager of Government Business in the Senate, has responded to Conroy’s successful OPD motions by basically telling him to get nicked.

Conroy’s motions have ordered the Government to table certain key pieces of information. In response, instead of doing what the Senate has ordered, Fifield has repeatedly tabled instead a letter explaining, in dismissive language, why he cannot possibly do what the Senate has ordered. Similar responses have resulted from attempts by Conroy to retrieve information through the Questions on Notice process.

The reasons given have varied, but usually they boil down to the claim that the Government cannot release the documents that Conroy is after because they contain commercially sensitive information.

“Disclosure of this material would cause commercial harm to NBN and the Commonwealth, which could ultimately negatively impact Australian taxpayers. The information in the material, if released, would negatively impact NBN’s commercial negotiations and relationships with its Delivery Partners, contractors and retail service proviers, thereby restructing NBN’s ability to function as a commercial entity.

In turn, this would undermine NBN’s ability to roll out the network in line with the Government’s policy and impact the company’s ability to provide a real return to the Commonwealth.”

By following this mind-numbing formula, Fifield is complying with the basic tenets of Senate procedure, which do provide a fig leaf allowing some ability for commercial in confidence information to be protected.

However, ultimately the only arbiter of whether Fifield is able to get away with this kind of evasive behaviour is the Senate itself. If the Senate decides that the Communications Minister’s rationale for withholding the information is nonsense, then it can insist that the documents Conroy is after be delivered anyway.

If Fifield still declines to release the information, the Senate has various mechanisms to punish the Liberal Senator. It could, for example, stop Fifield from being able to carry out his job by ruling he could not handle legislation, or alternatively deciding that the Senate would not handle any legislation relating to Fifield’s portfolios.

it could even ‘censure’ Fifield for his lack of transparency, a move which would carry no legal ramifications, but which would signal it had no confidence in the nation’s Communications Minister. The last time this happened, it eventually resulted in the sacking of Defence Minister David Johnston.

So far, however, Conroy has done absolutely nothing about Fifield’s NBN evasions. With all the vigour of a piece of wet lettuce, he has let Fifield table his excuses, without any repercussions at all.

Instead, Conroy has usually preferred to use the vehicle of the NBN Senate Select Committee to try and get the information he is seeking out of the NBN company.

Of course, this situation is far from unique. It is extremely common for Ministers to avoid responding to the full requirements of a Senate Order for the Production of Documents. There are, in fact, scores of what are referred to as ‘non-complying’ responses to OPDs on record. And the Senate rarely does anything about them.

Part of the reason for this is that Senators like Conroy know that if they use the Senate’s rules to enforce complying OPDs, they will face the same situation when there is a change of Government and they become a Minister themselves. As Communications Minister, Conroy famously tried to withhold the initial NBN Implementation Study himself, and only put the document in the public domain after a successful Greens OPD motion with the Coalition.

At the time, Greens Senator Scott Ludlam had threatened to pull his party’s crucial support for NBN legislation if the OPD motion was not complied with.

And yet, Conroy has very few reasons not to take a tougher stance on Fifield with relation to this issue. A 19-year veteran of the Senate, Conroy is one of the Labor Party’s upper house powerbrokers, and typically gets his way on Senate matters within his own party.

Embarassing the unflappable Fifield should be an end unto itself for Labor, and there is also the proxy embarassment that would accrue to Prime Minister Malcolm Turnbull if the Senate forced Fifield’s hand in releasing key NBN documents. Conroy would face few implications from tackling Fifield on this issue, and would probably even accrue credit from some of his colleagues.

And then there is the troublesome matter of the public interest.

Nobody is more aware than Conroy of the fact that the NBN is Australia’s largest and most complex infrastructure project — after all, he created it. It is simply absurd that the Senate cannot request the kind of basic information that Conroy is seeking from the NBN company — information that the NBN company tended to release under Conroy’s own period as Communications Minister.

Despite Turnbull’s protestations to the contrary, the NBN company has cracked down on the concept of transparency under the Coalition. Its former CEO Mike Quigley was honest and open about its operations; but talking to the company in 2015 is like talking to Telstra. It is very sensitive about releasing any information at all, and carefully stage-manages the morsels it does dole out.

The reason for this, of course, is that virtually all of Australia — not to mention the NBN company’s employee base itself — is suspicious about the Multi-Technology Mix model that Turnbull imposed on the NBN company. I think most Australians still see the MTM as a bad deal; it’s no wonder the NBN company doesn’t really want to talk about it.

For all these reasons, the Senate has a duty to force the NBN company to disclose more about its operations. The reality is, no other body has the power to make this happen.

And the only Senator with the political clout and personal interest to make this happen is Conroy.

Senator, I’ll even throw in a freebie. Here’s a draft Senate motion you can use to tackle Fifield. Let’s put some transparency back into the NBN and some teeth back into Australia’s House of Review. As follows (although you may need to get the Senate Procedure Clerk to clean it up a bit):

Senator Conroy: To move that the Senate:

(a) The Order for Production of Documents process is a key mechanism for the Senate to hold the Government of the day to account;

(b) On 17 September 2015, the Senate agreed to a Motion relating to an Order for the Production of Documents pertaining to NBN Co Limited;

(c) On 12 October 2015, the Minister for Communications declined to table the majority of documents required in that Senator Order of 17 September 2015.

(d) This undermines the integrity of the Senate’s Order for Production of Documents process.