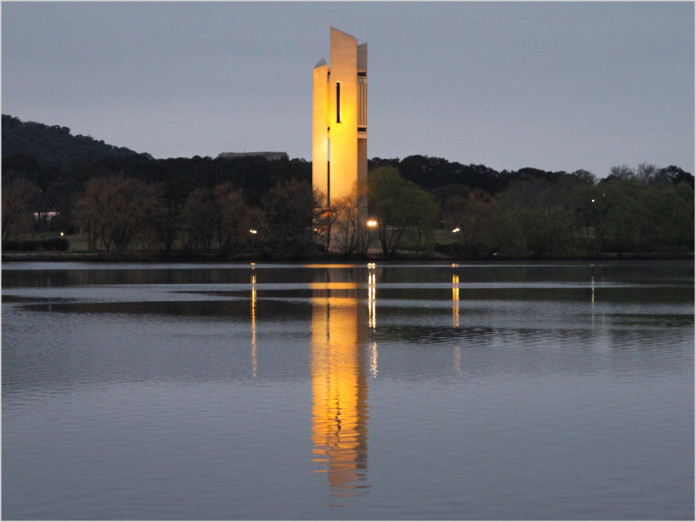 news The ACT Government this morning announced it would legalise and regulate ride-sharing services such as UberX, in the wake of a wide-ranging review the territory has conducted into how emerging technologies and new business models could contribute to a better on-demand transport system within its borders.

The announcement was made this morning by ACT Chief Minister Andrew Barr, as well as Shane Rattenbury, the Minister Assisting on Transport Reform.

The ACT Government said the reforms will ensure that Canberrans will have access to safe, flexible and affordable taxi, hire car and ridesharing services while also reducing significant costs and the regulatory burden on the existing taxi and hire car industries to ensure they remain competitive and sustainable for drivers, owners and passengers.

The landmark reforms, an Australian first and innovative in a global context, will be delivered in two stages. The first stage will allow the regulated entry of ridesharing into the Canberra market, and deliver an immediate reduction of fees for taxis and hire cars, from 30 October. The second stage will include a customised compulsory third-party and property insurance regime for rideshare activity and further reductions in regulatory burdens for taxis.

Ridesharing vehicles and drivers will undergo accreditation and registration, including criminal and driving history checks – just like taxi drivers. Vehicles must be checked for safety, and rideshare will be fully insured, ensuring safety for passengers, drivers and the community.

The ACT Government said it recognised that new business models may put pressure on Canberra’s existing taxi drivers and owners. That’s why from 30 October, the Government will reduce costs for drivers and owners of taxis, halving taxi license lease fees in 2016 and halving them again in 2017. Annual license fees for hire cars will also be significantly reduced.

According to the ACT Government, the reforms champion innovation and help taxi and hire car services remain sustainable and important modes of travel in the Territory.

Canberra’s taxi drivers will have access to multiple modes of business, from traditional rank-and-hail work to ridesharing and third-party taxi booking apps. This will increase productivity and income streams for drivers while providing a consistent and high-quality on-demand transport service for Canberrans.

Rattenbury, said that taxi industry reform was part of broader reform to public transport, with benefits to the economy, the community and the environment.

“Public transport is an integral part of any city. These reforms are a win for Canberrans and those travelling to the Territory, improving access to diverse transport options and competitive pricing,” Rattenbury said. “Taxis and other demand-responsive transport options are important for accessibility and social equity, and are often relied on by those with special transport needs. These reforms do not change the current arrangements – the wheelchair accessible taxi service booking system and the Taxi Subsidy Scheme are unchanged.”

The news comes as other jurisdictions around Australia are increasingly cracking down on ride-sharing services and Uber’s platform in general, rather than seeking to legalise them.

For example, NSW Roads and Maritime Services this week revealed it had suspended some forty owners of vehicles involved in UberX-style ride-sharing services, ruling the use of vehicles for this purpose as illegal, despite the fact that the State Government is currently conducting a review into the future of the related taxi industry. Similar moves are afoot in other states.

opinion/analysis
Those who don’t live in Canberra may not realise what a progressive and common sense place it is. We often see these kind of laws introduced in the ACT without a huge amount of fuss and bother. While the rest of the country is up and arms over one thing or another, in Canberra we tend to just get along with normal business rather than starting huge internal regulatory wars.

As a Canberran myself (just passed my first year in this beautiful city), I’m proud to see this policy from the ACT Government, and I look forward to catching more Ubers and using ride-sharing around the city. Of course, Canberra’s taxi drivers are also some of the best and most polite taxi drivers in Australia, with some of the most interesting conversations (just ask them for stories about politicians in taxis — they all have them) — and the cabs some of the cleanest. So I’ll continue to use taxis as well.

Congrats Canberra — once again you have proven yourself a bastion of common sense compared to your neighbouring cities. Let’s hope other jurisdictions follow suit.