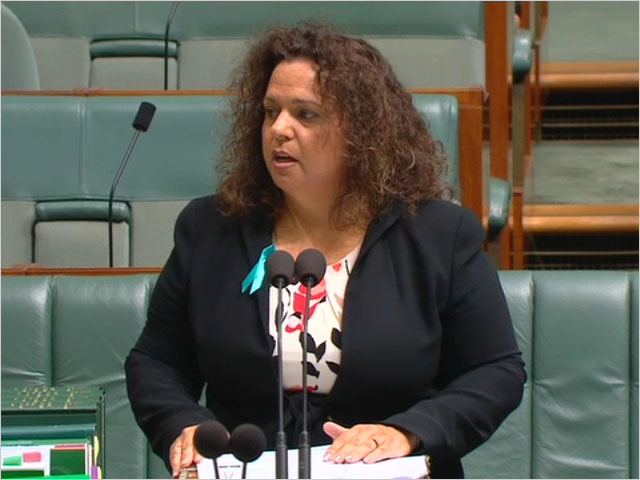 news Shadow Assistant Minister for Communications Michelle Rowland has delivered a speech criticising the Coalition’s version of the National Broadband Network for not being “fair”, highlighting among other factors the fact that premises with inferior technologies such as Fibre to the Node will pay the same access charges as those on full fibre.

The previous Labor Government’s approach to the NBN would have seen most Australians provided with the technically superior Fibre to the Premises option, with a small proportion of the country covered by satellite and wireless alternatives in areas where fibre was too expensive to deploy.

However, the Coalition has drastically changed this approach. Instead, the HFC cable and copper networks owned by Telstra and Optus will be re-used, along with satellite and wireless. Some premises will still receive Fibre to the Premises, and an upgrade option will also be made available, although this option is expected to cost several thousand dollars per premise, at a minimum.

In a wide-ranging speech to the conference of the Australian Communications Consumer Action Network last week, Rowland heavily criticised the Government’s approach.

“ I would argue that the Coalition is making the NBN fundamentally unfair and we see this through the myriad of changes they have made to the project,” Rowland told the audience. The full speech is available online.

“Under the Coalition, the quality of your broadband will be determined by your location. Australians on certain access technologies (copper) will pay the same for monthly internet access as those on world-class broadband (fibre). Australians who live in the copper footprint, including small businesses, will also be slugged up to tens of thousands of dollars if they want to upgrade to reliable, super-fast fibre to the premises.”

Rowland also raised the issue of uniform wholesale pricing. The previous model would have seen retail ISPs — such as Telstra, Optus, TPG and M2 — all charged the same price to access the NBN in whatever location they did so, even though it would cost more to provide broadband services in rural areas.

This style of uniform national pricing is provided through what is termed ‘cross-subsidy’, where users in metropolitan areas are ultimately charged a little more than they naturally would be, to ensure that the cost of providing services in rural areas can be picked up by the NBN company. However, the Coalition has broadly walked away from this approach.

“I feel very strongly that an incoming Labor Government must pick up on this fundamental tenet of equitable wholesale access, because it will continue to be significant determining factor on affordability (or unaffordability) based on geography,” said Rowland.

opinion/analysis
The issue of charging the same price for fundamentally different access technologies under the NBN is one I have raised a few times, and I continue to see it as an issue. As I wrote back in October 2013 with respect to the then-FTTN model (the MTM model had not yet been released):

“Underlying all of this is the concept of “fairness”.

Right now, there are only so many types of broadband that Australians can buy. Usually, most residents buy ADSL because that’s all they have available to them. Some, usually those in metro areas who own their own house, have a choice of HFC cable that they can add to the mix. And for those who can’t get either, there are mobile broadband or even satellite options.

If NBN Co pursues a differentiated FttX strategy, it’s going to create a patchwork of broadband options all over Australia, with Australians unable to determine what type of broadband services they will be able to get access to, at which price points, until they actually move into a premise. Premise by premise will be different and ISP prices will be substantially different from each other. And let’s not forget that the Coalition also wants to keep HFC broadband alive, adding to this complex mix.”

… The whole thing is starting to sound like chaos …

… I also hope this article has done much to forewarn Australians that the broadband future they are likely going to see under the Coalition will be messy. It will be chaotic, inelegant, and it will be seen as being unfair. That’s what happens when you take a position of technological neutrality. You miss out on the chance to pick the best technology — once and for all.”

The cross-subsidy issue raised by Rowland is also an important one. We haven’t really seen how this will play out just yet under the Coalition. But as a fundamental principle, Australians always get angry when they are forced to pay more for things just because they live a little outside the major cities. The Coalition Government will need to handle this one sensitively or risk a substantial backlash from the bush — which, after all, is the portion of Australia which has the worst broadband to start with.

This article focused on the idea of ‘fairness’ as espoused by Rowland, but I really encourage you to read the rest of the MP’s speech — she goes over quite a few other regulatory topics which I suspect many readers will find quite interesting.