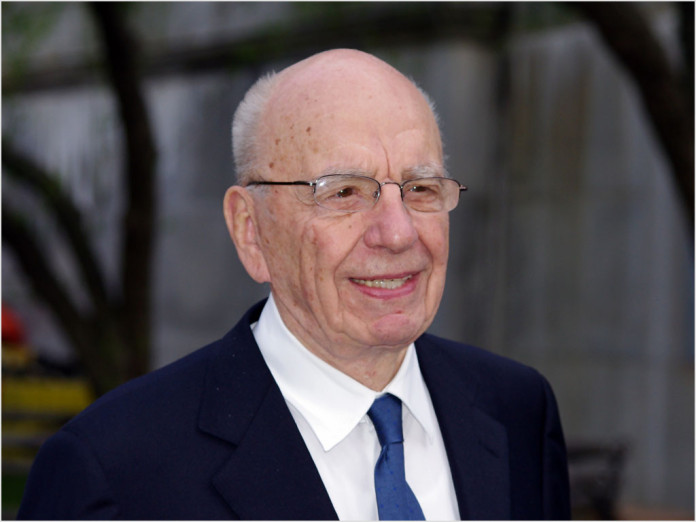 blog It hasn’t been a fantastic week for Malcolm Turnbull. First our intrepid Communications Minister was forced to stand up in front of Australia yesterday afternoon and announce that the Coalition’s version of the National Broadband Network might have blown out by a solid $15 billion. That was followed up by a piece on 7:30 in which the Member for Wentworth had to spend a great deal of time defending Prime Minister Tony Abbott’s backflip on a fibre connection for the far north Queensland town of Birdsville. And now this:

There were also a succession of rather amusing follow-up Tweets:

@rupertmurdoch We thought you were

@rupertmurdoch My Sky remote is still not working properly. What are you doing about this?

In one vein, Murdoch’s comments are hardly surprising. The NBN is widely viewed as a direct challenge to the Foxtel joint venture which News Corp partially owns with Telstra, and Murdoch has frequently been scathing with respect to the NBN.

However, as Buzzfeed points out, in a week when leadership speculation is starting to grip the Federal Liberal Party, Murdoch’s comments can also be interpreted as a direct sledge from Murdoch to Turnbull personally.

Murdoch, after all, is very well aware who is “in charge” of the NBN. It’s unclear if he has met with Turnbull over the past week, as he reportedly has with Abbott and Social Services Minister Scott Morrison — also seen in Canberra as a potential future Liberal Leader. But it would certainly be unusual if he hasn’t.

Turnbull, after all, is directly in charge of media regulation in Australia, an area which Murdoch’s Foxtel joint venture with Telstra clearly has a strong interest. Leaving the Member for Wentworth off Murdoch’s list during a trip Down Under at this point, taken together with the News Corp mogul’s sledge at the NBN, may be a signal indicating where Murdoch’s views on the subject of leadership lie.