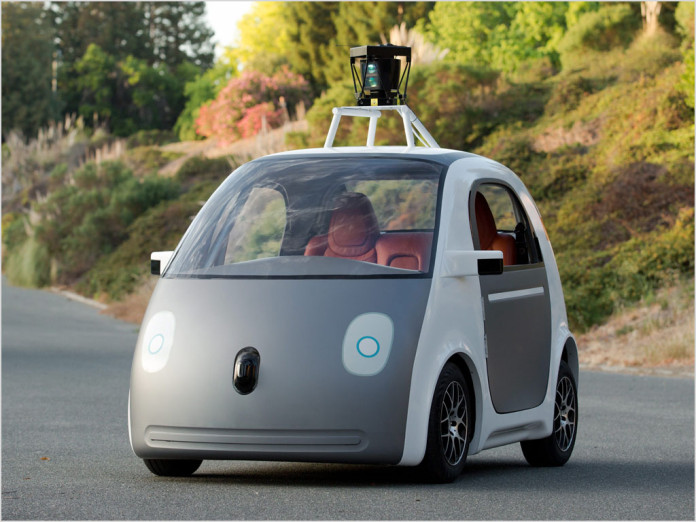 news The nation’s largest telco Telstra has recommended the Parliament assess the potential benefits of mandating the use of self-driving cars in Australia and support new transportation models such as Uber, as the Parliament’s inquiry into the use of ‘smart ICT’ in infrastructure gets up to steam.

In late May, Deputy Prime Minister and Infrastructure and Regional Development Minister Warren Truss asked the House of Representatives Standing Committee on Infrastructure and Communications to inquire into the role of Smart ICT in the design and planning of infrastructure. The inquiry has been relatively quiet up until this point, but recently released a number of submissions made by external parties.

In its submission to the inquiry, Telstra noted that Australia’s population was rapidly growing and was estimated to hit 37.6 million by 2050. Road building was not keeping up at the same rate, but the telco highlighted a number of technologies which would mitigate the transportation issue.

“If we continue to build and operate roads as we do today we are likely to need about two and a half times more road capacity in 2050 than we have today, to cater for this population growth,” Telstra wrote. “However our study estimates that, using a simple but realistic set of assumptions, the road capacity requirement in 2050 will be roughly equivalent to the capacity existing today.”

“This is due to the impact of technology adoption over the next 35 years which is predicted to lessen the need to build new infrastructure, peaking at about 150 percent of today’s capacity (as opposed to a 250 percent increase).”

The biggest impact, Telstra predicted, would come from the rise of what it called ‘Autonomous Vehicles’ — cars controlled by computers which could drive themselves without human intervention. Telstra is currently assisting with a trial of self-driving cars in South Australia — Australia’s first test of the technology.

“… an OECD study modelled the impact of ‘taxibots’ (self-driving shared taxis) on the city of Lisbon, Portugal, and came to the conclusion that these vehicles, in combination with a mass transit system, could result in a 65 percent reduction of vehicles in use during rush hour,” Telstra wrote.

The benefits of autonomous vehicles would be legion, according to Telstra — including the ability for such vehicles to avoid nearly 90 percent of the 1,200 fatalities and 50,000 hospitalisations caused by traffic accidents in Australia each year. This would lift a heavy burden from Australia’s health system.

The telco noted that self-driving cars were still a ways off in reality — with fully autonomous vehicles not expected to be introduced until about 2020, although some aspects of autonomous vehicles, such as adaptive cruise control, lane assist driving, self-parking and collision-avoidance self-braking systems, were aleady being introduced into vehicles now. Aftermarket kits may also be added into existing cars.

Telstra encouraged the Parliament to get ahead of the curve on the issue. “Because of the significant safety and societal benefits of autonomous vehicles it is not unreasonable to expect that at some point in the 2020s, developed countries could mandate a date by which all vehicles must be capable of being autonomous in order to be registered,” the telco wrote. “This would lead to a more rapid introduction of self-driving cars than could be anticipated from natural diffusion alone.”

The telco also encouraged the Parliament to create a regulatory environment which would encourage other new models of transport such as Uber.

“In some jurisdictions, new forms of transport (such as Uber) have been held back because of entrenched interests,” the telco wrote, appearing to refer to Uber’s ongoing war with the taxi industry in virtually every country it has entered. The telco also recomended the Government encourage other forms of technology which could affect the transportation space, such as telecommuting.

Other submitters to the inquiry from the technology sector also made similar points with respect o transport. The Australian Information Industry Association, for example, noted a number of examples of innovative ways to manage traffic congestion, including a congestion management platform at Sydney Airport, and the Car2go smartphone app, which recommends the best way for people to travel to a certain location, integrating public and private transport methods.

opinion/analysis
Mandate self-driving car ability in the 2020’s? It’s a fascinating idea, but one which I suspect will fall on extremely deaf ears when it comes to the Federal Parliament.

There might be some tech-savvy politicians within the Parliament that might find such ideas attractive. However, realistically if such a move was actually raised as a strong proposition, about a billion lobbyists would come out of the woodwork to exert a wholehearted effort to block it. Australians love their cars, they love driving their cars, and our largely conservative politicians are normally quite suspicious of change. I think it’ll be 2040 or beyond before we really see a serious push to have self-driving car capacity mandated in Australia.

Telstra’s ideas — on paper — are theoretically good ones. However, they are politically unpalatable right now. You only have to look at the way that politicians globally are fighting against Uber everywhere the company launches, as well as every other form of transport innovation, be it simple apps that track buses or parking or more complex ride-sharing apps, to see this in action. And many entrenched interests — such as the taxi industry — are backing politicians to do so.

The submissions made by the IT industry on this topic in general betray a fairly classic disconnect with how Australia’s political system works. They paint a grand technological future with a great amount of detail and vision about that future.

But they fail to recognise that politicians are so busy, dealing with so many conflicting interests, that they actually need ideas substantially dumbed down so they deal with them in a coherent manner. It’s for this reason that I don’t think the Smart ICT inquiry is going to actually get much traction in the Parliament. The ideas being presented would appear to be too futuristic and too complex for our Parliamentarians to easily grasp and turn into concrete real-world policy. They won’t do much to penetrate the bubble that is Parliament House.