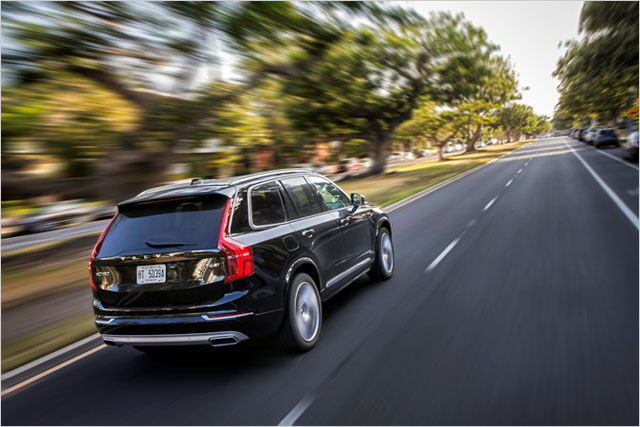 news The South Australian Government has announced that driverless cars will be driven on Australian roads for the first time in November this year, with the state partnering with a number of motor vehicle manufacturers and technology companies such as Telstra to test out the next generation in transport technology in early trials.

The initiative is being led by the Australian Road Research Board (ARRB), which said in a statement that the aim was to apply international research to the local road environment and seek to understand what would be required to make the new generation of driverless technology appropriate for Australian roads.

ARRB Group Managing Director Gerard Waldron said automated vehicles were far from science fiction, but rather a short-term reality that Australia needed to be prepared for. “The advent of driverless cars is an opportunity to foster technological innovation and revive Australia’s manufacturing industry – the South Australian Government has been quick to recognise this,” he said.

“ARRB will establish how driverless technology needs to be manufactured and introduced for uniquely Australian driving behaviour, our climate and road conditions, including what this means for Australia’s national road infrastructure, markings, surfaces and roadside signage,” he added.

The trials in South Australia this November will be the first of many trials nationally, with discussions underway in a number of jurisdictions. ARRB Group is calling for additional states, territories and partners to support the initiative.

“Driverless cars have a range of benefits that could significantly improve road safety and the quality of life of everyday Australians, add to the nation’s economic competitiveness and help relieve rapidly growing congestion that is crippling our infrastructure and creating productivity deficits in our capital cities. We’re seeking technology and automotive industry partners to assist us in Australia’s driverless vehicle innovation,” added Waldron.

However, one company which has not yet announced any support for the trials is one of the global leaders in the field — Google — which has been operating a unique set of driverless cars mainly in California for several years. The company currently plans a commercial launch of its cars in about 2020.

However, the company still has a connection to the South Australian effort — SA Transport Minister Stephen Mullighan and his department chief Michael Deegan visited Google’s Mountain View campus in the US in January and checked out the search giant’s offerings.

The visit obviously had an impact — several weeks later the SA State Government flagged its intentions to pursue legislative change to allow driverless cars on the road.

In today’s statement, South Australian Premier, Hon Jay Weatherill, said: “This trial presents a fantastic opportunity for South Australia to take a lead nationally and internationally in the development of this new technology and open up new opportunities for our economy.”

Kevin McCann, Managing Director of Volvo Car Australia said: “As a leader in the development of autonomous drive technologies, Volvo’s aim is to make this technology realistically available for customers in production cars in the near future.

“At Volvo we believe autonomous drive will lead to significant consumer and societal benefits, including improved traffic safety, improved fuel economy, reduced congestion, and the opportunity for improved infrastructure planning. We are delighted to be involved with the ARRB demonstration event in South Australia, where we believe Volvo Car Australia can make a positive and significant contribution.”

Vish Nandlall, Telstra’s Chief Technology Officer said: “We look forward to working with ARRB and seeing how we can use our technology and networks expertise to help make autonomous vehicle use in Australia a reality.”

Penny Gale, RAA General Manager Public Affairs said that by 2020 all cars that come off the production line will have some ability to drive themselves, and we need to prepare.

“This type of technology has the potential to be a real win for road safety and mobility. Removing the need for a driver will open up a whole new transport opportunity for many of our members, particularly people with disabilities and the elderly. While removing the reliance on human behaviour will undoubtedly save lives.

“This trial will help us gauge the opportunities and issues road users might face, and help us better prepare our members for future of transport that is rapidly approaching.”

opinion/analysis
In my opinion, we’re unlikely to see full driverless cars on the roads in Australia for some time. Although Google has proven pretty comprehensively that the technology works and can actually deliver a safer driving experience than when actual people are driving their own cars, there are many cultural factors to get through before Australians will be comfortable with driverless cars on the road.

Initially, I predict that we’ll see cars capable of handling themselves on freeways and other fairly static scenarios. We’re already seeing companies like Tesla integrate self-driving capacity for these use cases. When people get comfortable with that, we’ll eventually see full driverless cars making their way onto the roads. But I wouldn’t expect it anytime soon.