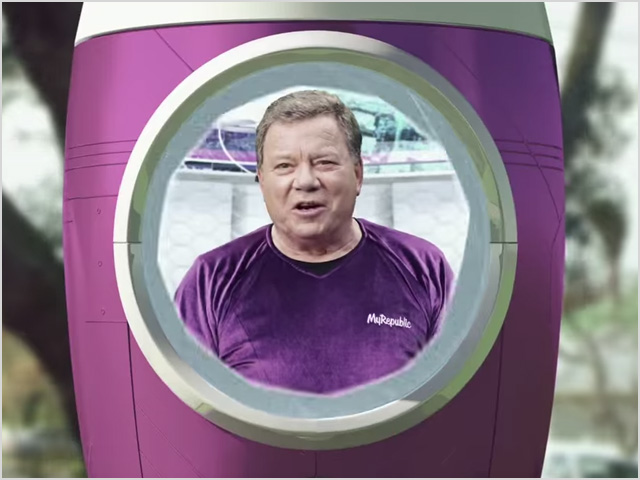 opinion The interjection by Singapore’s MyRepublic into Australia’s broadband debate this morning may have been inflammatory and used mildly offensive adult language. But there are some fundamentally good points being made by the upstart telco. The next step should be for the Senate’s NBN Committee to interview its chief executive in person.

If you are the sort of person who pays any attention at all to Australia’s National Broadband debate (and I very much suspect you are), then you can hardly have missed the raucous comments which screamed across the pages of Fairfax Media outlets this morning.

MyRepublic chief executive Malcolm Rodrigues couldn’t have planned the first news of his company’s imminent launch into the Australian market any better if he tried — and perhaps he did. It was a textbook case of hype creation — post a few hints about your plans on the Internet, drop a few swear-words to a newspaper journalist or two, slam the Government to create a political controversy, and then watch the Internet explode with rancour and speculation.

If Rodrigues isn’t lighting up a cigar right now and sipping a Singapore Sling at some lounge bar with “Raffles” in its name, then he damn well should be. Yesterday, Australia had hardly heard of his company. Today, the name ‘MyRepublic’ has spread across our tech sector like wildfire.

But there’s more this picture than just hype generation — under Rodrigues’ blatant spin lies a series of concrete messages and lessons for for Australia’s small cadre of tech-focused politicians and policymakers — and they are ideas that our political sector needs to pay attention to.

The first thing to realise is that what we’re seeing here is a clear case of a fast-growing foreign technology concern seeking to expand its operations into the Australian market and invest here.

This is precisely the kind of activity which both major sides of politics should explicitly welcome. The Coalition, after all, is all about opening Australia’s borders to foreign investment and opening Australia’s markets to full competition. This is precisely what MyRepublic’s planned Australian launch represents. Labor, these days, is often all about these same things. But it’s also very much about jobs — and MyRepublic will certain be hiring in Australia, even if it’s in a modest way.

Secondly, MyRepublic also represents a breath of fresh air in an Australian broadband market which feels very much like it has become incredibly stagnant and stuck in the past.

If you look at the broadband plans offered by almost all of Australia’s broadband providers, what you will quickly realise is that they are largely byproducts of yesteryear. Minimal quotas, archaic on- and off-peak timing, ridiculously artificial speed tiers and ‘freezone’ content — all of these concepts were only relevant in the world of bogged down ADSL connections which the whole world is increasingly moving away from.

MyRepublic’s service offering in stark contrast, merely sets a flat rate at the highest possible speed the company can offer — typically either 100Mbps or 1Gbps — and offers unlimited quota for one flat monthly cost, often with three free months to start with. You can bundle extra stuff on top, but that’s the basic structure — and it’s pretty much unheard of in Australia.

This type of plan could never have been developed by a legacy telco such as Telstra, intent on protecting its existing customer base with a thousand bolt-ons and package bundles that ensure its large profit margins. Even Optus — with its Singaporean owners — is not capable of producing such plans, as it has its own existing structures to take care of.

It is only a true challenger telco — with no legacy technology, staff, contracts or profits to worry about — that can come up with this sort of broadband plan, and that is precisely why MyRepublic has been able to achieve the success it has in Singapore and New Zealand — because it does not need to worry about the past, and can look only to the future. As it turns out, customers have responded in their droves.

Lastly, it’s important to realise that MyRepublic’s comments this morning only appear so shocking to us here in Australia because so many of us have given up on the dream of fast broadband in this nation.

The incessant political brawling over the National Broadband Network — which has seen our political representatives from both sides engaged in a vicious verbal war over the issue for the past decade — has created such a huge degree of cynicism in Australia about our national ability to get anything done that few people are now willing to seriously debate this topic any more in a political context.

Our own telcos hardly broach the topic of the NBN or the nature of its fibre infrastructure any more in public — for fear of getting their heads bitten off.

But MyRepublic is new, it’s a fast-growing company and it’s rapidly expanding. It has no need to kowtow to Australia’s politicians — it can just loudly and brashly demand what it wants — universal fibre infrastructure — because it literally has nothing to lose. Because of this, it can say out loud what few other commentators in Australia are: Our politicians are bungling this critical infrastructure upgrade … bungling it badly.

All of these represent very strong reasons why the Senate Select Committee on the NBN should invite MyRepublic’s Rodrigues or one of his colleagues to present to it directly.

Rodrigues would have much to say that could inform the Committee’s oversight of the NBN. He could directly inform them about the experience of NBN-style networks in Singapore and New Zealand, two of Australia’s closest neighbours, and countries which are relatively similar to our own in terms of culture and consumer behaviour.

The executive’s testimony would provide an excellent foil against testimony taken from Australia’s existing telcos. The views of a foreign challenger into the space would be invaluable in helping inform Australian policymakers about how the future of Australia’s telecommunications market should progress.

And, perhaps most of all, this morning’s experience has shown that fresh views, fresh commentary, fresh innovation and fresh broadband products have the potential to re-energise an Australian electorate which has grown weary of bickering about the NBN. Appearing before the NBN Senate Select Committee would give MyRepublic a larger platform on which to put its new and interesting views.

And that is precisely what Australia’s national broadband debate needs right now — a fresh perspective. We’ve been chasing our own tails for too long without considering them in a broader context. We have become stagnant and stuck in the mud.

When it comes to Australia’s national broadband debate, it’s time to peek over the neighbour’s fence and see what they’re up to. We just might learn something.