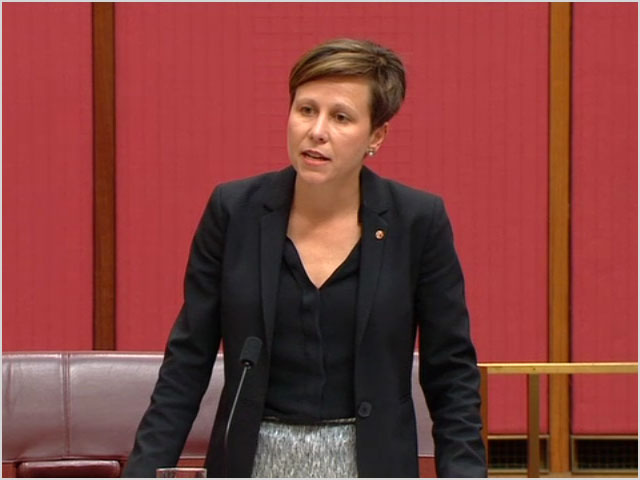 news The Senate Select Committee on the National Broadband Network will hold its first public hearing under the control of its new chair, Senator Jenny McAllister, this Friday morning, with nbn’s recent hiring spree and progress around its deployment of Fibre to the Node technology likely to be on the agenda.

The hearing has not been advertised on the Committee’s website, but its Secretariat today confirmed a hearing would take place in Canberra this Friday 14 August. It is believed likely that the Committee will formalise the hearing’s agenda at a private meeting later this week, with it not currently being clear whether the hearings will feature nbn executives or representatives from other organisations.

The Committee was established by Labor and the Greens during the period after the September 2013 Federal Election where the two parties controlled the Senate before newly elected Senators took their seats in mid-2014. Labor and the Coalition each have three seats on the Committee, with the balance of power held by Greens Senator Scott Ludlam.

Senator Lundy has appeared to largely take a hands-off approach to running the committee hearings, giving former Communications Minister Stephen Conroy a relatively free rein to question nbn executives in lengthy sessions that have, at times, run extremely late into the evening.

Senator Conroy’s forensic approach to examining the NBN project has resulted in a substantial amount of information about the ongoing deployment of the NBN being released to the public.

However, the detailed approach taken by the former Communications Minister and the frequency of the hearings held by the Committee — typically only involving executives from the nbn company itself — has led to concerns that the committee has become overly politicised.

The Government has unsuccessfully sought to have the Committee abolished, with the stated aim of replacing it with a joint Parliamentary Committee which would allow lower-house MPs such as Shadow Communications Minister Jason Clare and tech-focused MPs Michelle Rowland and Ed Husic to take part. However, the Government eventually withdrew a Senate motion on the matter after it became apparent it did not have the numbers to push the move through.

Friday’s hearing will be the first time Senator McAllister has chaired a public hearing of the Committee, giving the public a chance to find out whether she will seek to make efforts to bolster the Committee’s perceived independence on the fraught NBN matter.

Labor has not yet given any indication of its potential line of questioning towards nbn executives at Friday’s hearing. However, it is likely that one of the topics of discussion will be nbn’s plans unveiled last week to train a further 4,500 workers to join the ranks of its construction partners and the company itself.

It is also likely that the company’s ongoing rollout efforts involving the Coalition’s preferred Fibre to the Node and HFC cable technologies will be examined, as well as the Government’s failure to publish the most recent nbn corporate plan.

opinion/analysis
What do I think should happen with the NBN Senate Select Committee? What should the future of Parliamentary oversight of the NBN project be? I will outline my thoughts in detail on this issue in a future article.

For now, however, I will note that anyone interested in the NBN should watch this Friday’s hearings closely, if time permits. Not only has NBN itself made several major announcements over the past few months, but the political dynamic between Labor Senators Conroy and McAllister will no doubt tell us much about how the NBN Senate Select Committee will operate in future. Balance of power Senator Scott Ludlam appears to have hinted on Twitter that he may also be at the hearings.

The Committee has long been viewed as a vehicle for Senator Conroy to protect his NBN legacy, as well as perhaps extracting a slight touch of revenge upon Communications Minister Malcolm Turnbull. Readers may recall the Liberal MP made a number of very sharp attacks on the then Labor Government and NBN executives in the previous joint NBN Committee.

Senator Lundy — who joined the Senate with Conroy back in 1996 and has long worked with him — appeared happy to facilitate this. But Senator McAllister may prove more likely to keep Senator Conroy on a tighter leash.

Without going into my thoughts too deeply here, it is time that the NBN project became depoliticised and became a stable, ongoing project that the Australian public can have confidence in. One wonders whether normalising the NBN Senate Select Committee a bit might be a place to start.