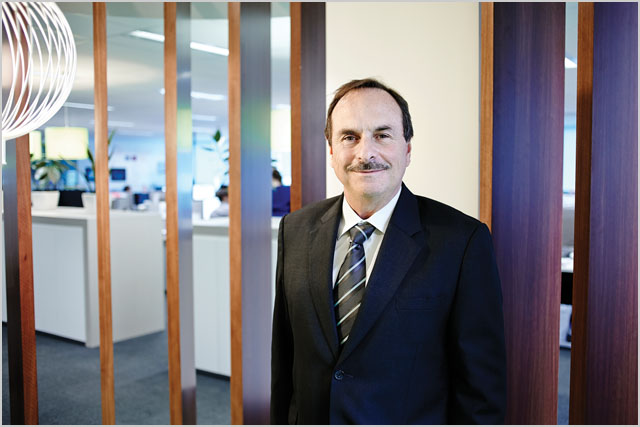 news iiNet chairman Michael Smith has labelled the company’s planned sell-out to TPG as a “very significant day” in iiNet’s “proud history”, as shareholders vote today on what is still one of the most controversial mergers ever to have been proposed in Australia’s telecommunications industry.

TPG initially made a $1.4 billion offer for iiNet in March this year, but subsequently raised its bid to a $1.56 billion cash and shares offer after a competing $1.6 billion all-share offer from rival telco M2 Group. iiNet shareholders are scheduled to vote on the deal today, although it is still subject to approval by the Australian Competition and Consumer Commission.

In his chairman’s address to the shareholder meeting today, iiNet chairman Michael Smith (pictured) — who has led the group’s board since May 2009 — said he wanted to acknowledge what iiNet had achieved.

“Today marks a very significant day in the proud history of iiNet,” Smith said. “Without wanting to preempt the outcome of the vote we will conduct later in the meeting, I wanted to take a moment to acknowledge the achievement of building a company such as we have at iiNet.”

“The takeover process we have been through over recent months demonstrates how strategically valuable iiNet has become to national players in the telecommunications sector as the industry heads towards an inevitable consolidation phase. It’s clear we have built a business with a brand, customer base and reputation for customer service that a number of key players in the industry would like to own.”

“This is a testament to the dedicated team we have at iiNet that is so well led by our CEO David Buckingham. I would like to formally acknowledge all of their efforts and express my genuine appreciation. It would also be remiss not to acknowledge the past efforts and achievements of Michael Malone in building this company from such humble beginnings. We certainly wouldn’t be where we are today without his tireless efforts over many years.”

iiNet’s board has recommended that the TPG offer be accepted, and the board directors will vote all of their own shares in favour of the deal.

Lingering concerns
However, there are substantial ongoing concerns regarding the TPG deal. Malone himself, who founded iiNet in 1993 in his garage and built the company into a national concern, publicly called in March for the TPG deal to be rejected, and has contacted shareholders and executives to note that he supports M2’s rival offer. Malone has also called for a spill of iiNet’s board over the issue.

In addition, some of iiNet’s institutional shareholders are not happy about the arrangement, and the deal is still the subject of an inquiry by the ACCC, which has expressed its own concerns with the arrangement. Macquarie Telecom has complained directly to the ACCC about the proposed merger.

Historically, iiNet has taken a premium position in the Australian broadband marketplace, going up against major telcos such as Telstra and Optus, and leaving the lower end of the marketplace to rivals such as TPG. In addition, iiNet is one of the few Australian broadband providers known to have substantial customer service and technical skills within its operations.

If TPG buys iiNet and harmonises its product offerings with its own, a substantial degree of choice would leave the broadband market.

Greens telecommunications spokesperson, Senator Scott Ludlam, stated in March that the acquisition would have “a sharply negative impact on the level of competition in Australia’s broadband market” and said the ACCC should oppose the deal.

“Competition in Australia’s broadband sector has been painstakingly built up over a period of more than two decades. The ACCC must not sit by and let the sector descend into a feeding frenzy that leaves consumers with no real choice between services,” Senator Ludlam said.

opinion/analysis
It beggars belief that iiNet chairman Michael Smith would link the word “proud” to the proposed TPG buyout of the company that Michael Malone spent so much energy and so many years of his life building.

It is a fact plain as day that very obvious concerns remain amongst iiNet’s shareholders, customers, the competition regulator, Australia’s political sector and even amongst iiNet’s own current and former executives regarding the TPG deal. Very few stakeholders involved will be “proud” if this deal goes through.

The two companies represent a fundamental mismatch in terms of company and executive culture, and this merger would substantially weaken competition in Australia’s broadband marketplace. The ACCC must block this transaction from taking place.

Would the M2 deal be substantially better for all concerned? Yes, clearly it would. There is a much better company culture match between M2 and iiNet, and this would entrench strong competition in Australia’s broadband marketplace, due to the existence of four strong players, not three. Plus, there is the small fact that it was technically actually worth more (although it is purely based on shares and not partial cash, as TPG’s offer is) on paper.

I can’t believe that iiNet chairman Michael Smith and the board can be so blind on this matter. Even if they firmly believe the TPG deal is a good one, they are handling it with a complete lack of sensitivity that I never thought to see from iiNet. On the other hand, given that Michael Malone (with his strong degree of personal integrity and clear alignment with the company’s history and the best interests of its shareholders, staff and customers) no longer runs iiNet, I guess it’s what we should have expected.