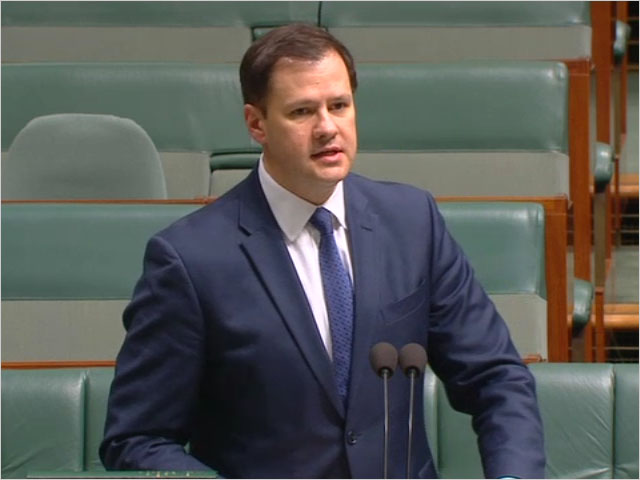 news Labor MP Ed Husic has published a lengthy article arguing new legislation and industry self-regulatory measures pushed by the Government will “do little” to resolve the issue of Internet piracy, arguing the issue is a market problem and needs to be addressed by focusing on bad corporate behaviour instead.

Last month the Federal Parliament passed the Copyright Amendment (Online Infringement) Bill 2015, legislation which will allow copyright owners to seek a court injunction which would force Internet providers to block websites which infringe their copyright. And the Australian Communications and Media Authority is currently considering an industry code developed by the Communications Alliance which would eventually see the details of alleged Internet pirates handed over to the content owners to pursue legal action against them.

A number of individual Labor MPs, including Husic, have spoken out against some of the measures, but broadly Labor has been supportive of the Government’s action on the issue, voting the legislation through Parliament and standing on the sidelines during the debate over the new industry code.

However, in a lengthy article for the new site The Labor Herald, Husic said the new measures would not have the intended effect of stopping Internet piracy.

“Since the Abbott Government’s been elected it’s been, to draw on a well-known phrase: tough on piracy – but not tough on the causes of piracy,” the Labor MP wrote “… legislative, bureaucratic hammers will do little to reform a market problem.”

Husic said it was access to content — in a convenient manner and at the right price — that would stop piracy.

“… as much as we should look at this issue through the eyes of a sector that is losing a lot of money through piracy, we should also look through the eyes of consumers who doing the right thing – properly buying content but being ripped off in the process,” he wrote. “Today’s Australians know the tyranny of distance has been virtually removed because of the internet.”

“Theoretically, the costs of physically getting a product to Australia, for example a DVD, have been eliminated – therefore the prices should drop considerably. But this hasn’t happened because many rights holders won’t pass these savings on to customers or free up the way consumers get content. As a result, some consumers turn to websites offering free, pirated material.”

Husic said it had been shown “repeatedly” that Australian consumers were willing to pay for products offered at a reasonable price and in a timely fashion, citing examples such as the highly popular streaming platforms Spotify and Netflix.

“Until this government and business gets tough on the causes of piracy it’s hard to see a long term, sustained reduction in piracy … If blue-collar workers can change, why can’t some of our big corporations do the same?” he asked.

opinion/analysis
Ed Husic might seem like a bit of a lone voice espousing these ideas within Labor, but we shouldn’t underestimate how much clout the MP has. He’s Shadow Parliamentary Secretary to the Shadow Treasurer Chris Bowen, holds the safe Labor seat of Chifley in Western Sydney, and has been influential in getting Labor to support a number of digital economy initiatives, including the IT price hike inquiry and Labor’s recent gradual support and understanding of the importance of the startup sector as an engine room for creating new economic activity and next-generation jobs.

Plus, Husic has a strong background in the union movement, having served as National President and Divisional Secretary level in the Communications, Electrical and Plumbing Union. And he’s also been a Whip when Labor was in Government.

You can bet that where Husic is leading on this issue, there would be a substantial number of other Labor figures who would be saying the same thing behind the scenes, but are waiting until these kinds of issues become a little bit more mainstream before they become comfortable talking about them in public. This is the way Labor can often work — it will let single MPs discuss outlier issues publicly. Gradually that MP will attract a group of supporters, and then gradually more people start coming out of the woodwork to support an issue, as they work out how to be safe politically while discussing it.

As frustrated as many are in the technology community with Labor on tech-related issues right now (think data retention, for example), the fact that influential MPs like Husic are still talking about these issues publicly is at the very least a positive sign that the party is open to change. Slow, gradual, deliberate, frustrating change, yes. But change nonetheless.