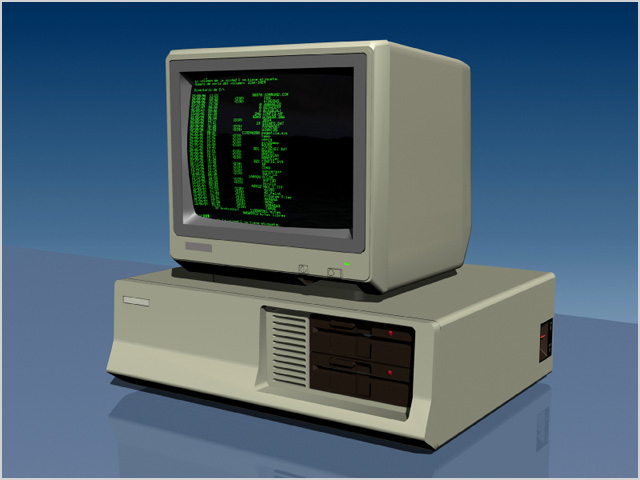 This article is by Justin Zobel, Head, Department of Computing & Information Systems at University of Melbourne. It originally appeared on The Conversation.

analysis It is a quarter-century since Australia first connected to the internet, but this technological breakthrough had a long gestation. What is now a global phenomenon was once the property of an exclusive community.

At the start of the 1980s, you could access a serious computer by studying computer science. You became a user and could create software, on one of only a few hundred such computers in Australia. These institutional machines were nothing like the then-new personal computers such as the IBM PC or Australia’s MicroBee, tiny machines with no data storage other than cassette tapes or floppy disks.

At the University of Melbourne, some hundreds of computing students and staff shared access to a VAX 11/780. Housed in two fridge-sized cabinets, it had a megabyte of memory, around 100 megabytes of disk and ran at a million instructions per second – rather less than a thousandth of the power of an iPhone today. With new labs of terminals with screens and keyboards, replacing punch-card readers and line printers, we could use the VAX to communicate with each other.

Email was already a decade old and seemed miraculous. I could write to someone, or send them a program, and they would infallibly receive it when they next logged in. But I could not convince friends of the simplicity that email wrought.

“Why not phone instead?” (But they can read the email whenever!) “Why not write a note and stick it on his locker?” (But email is so much better than that!) “But what if you can’t type?” (Sigh!)

At first, computer centres could only share data when it was physically carried on a 5-megabyte reel of tape. Having computers disconnected from each other was a nuisance. We had modems so why not use them to share code? And other resources too? And so, during 1984, came the first tenuous link outside Australia – a download of data via a twice-daily dial-up on a phone line from Melbourne to the US Centre for Seismic Studies, which was soon transferring more than a megabyte a day of code, email and internet news groups.

The data arrived in Melbourne and was then routed on to other Australian universities. We were the node that linked Australia to the world – with about as much traffic as can arrive every few seconds in a household today.

With this we first saw the full power of email, somehow different to any previous form of communication. When I wrote to a friend who lived in America, sometimes the answer came in a few minutes. His answers came through a chain of machines that connected A to B, B to C, and so on, until eventually they arrived in Melbourne. This involved knowing the names of the machines and networks on the way, and in the right order.

It was clumsy but it worked. Email from a machine called “tut” in the US to a certain “John” in Australia might, for example, have used the email address:

In fact, you could write to anybody. People included addresses in the software they wrote – you could email the author to suggest bug fixes and ask for help. You could write to famous computer scientists for advice; they might even write back.

Suddenly our community was global, no longer a tiny village in Melbourne but a virtual town made up of people you “knew” but never saw in the flesh. You knew the other townspeople, mostly, from their postings to the internet news groups: forums on hundreds of topics from programming languages to tropical fish and beyond.

In contrast to business letters and memos, the culture was informal, without ceremony. Everything was contributed freely, without the possibility of financial reward, by people who proudly thought of themselves as hackers, a term without negative connotation. Some people even scorned the idea of passwords, feeling that the whole point of our shared enterprise was that it depended on trust. Idealism ruled.

The community was developing its own language. We signed our remarks with smileys. We wrote in acronyms such as BTW, FYI and the administrator’s favourite RTFM. Trolls flamed into the news groups. There were no digital images, no music files and no video feeds, but we shared code, news postings and emails. It seemed a much bigger universe than the isolated computer I had first discovered as a student.

Networks between campuses in Australia allowed online access to directories of source code, and gradually the volume of data through our intermittent dial-up to the US climbed. It became a source of culture and knowledge. Reviews of music and movies were posted months before their Australian release. People used the forums to document and expand their hobbies and new software was available immediately.

In October 1987 there was a posting about a stock market crash in New York, and thus I heard about Black Monday before it was reported here on radio or TV. Elements of the digital world were starting to seem superior to magazines, postal services or radio. It was new, a technology without precedent.

Home computers largely remained stand-alone. But in universities, open-source communities were being created and other academic disciplines were beginning to use the forums to share data and research results.

More computers were added to the network in exponential numbers, growing the community and its expertise. The system of machine-to-machine addresses became unworkable, and thus systematic, global domain names were introduced.

As networks standardised and developed it was time to properly connect. This would let us send and receive messages directly with other machines, in real-time, using the TCP/IP packet protocol that is still the basis of the internet. (Every bit of data that is transmitted today is broken into packets that are individually sent from machine to machine.)

On June 22, 1989, in Hawaii (June 23 here in Australia), a TCP/IP connection was opened to the University of Melbourne. The first packet arrived and with it Australia had joined the internet. For the first time we could directly access resources from any connected computer, continuously and in real-time.

At the time we felt it had no obvious value beyond academia but for us it was a small step that promised much. What futurist then would have been brave enough to predict what happened next?

Justin Zobel does not work for, consult to, own shares in or receive funding from any company or organisation that would benefit from this article, and has no relevant affiliations. This article was originally published on The Conversation. Read the original article.