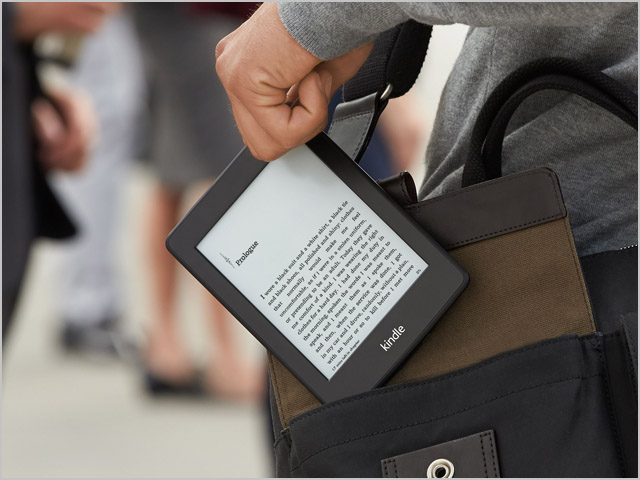 This article is by Damian Lodge, President of the Australian Library and Information Association and Lecturer at Charles Sturt University. It originally appeared on The Conversation.

analysis What place do e-readers – and in particular ebooks – hold in the reading behaviour of Australia’s 10 million public library borrowers? There are some 181 million items loaned every year by the nation’s 1,500 public libraries, branches, mobile libraries and other service points but, according to the latest survey-based report from the Australian Library and Information Association (ALIA), for the majority of these libraries, ebook loans represent less than 1% of the total.

E-readers were the must-have new gadget gifts for Christmas 2010. Kindle, Sony, Kobo: these devices brought ebooks into the homes of thousands of keen Australian readers. Add tablets and smartphones to the equation and ebooks became accessible anywhere, any time, provided you could afford to purchase everything you wanted to read.

The results of two surveys carried out by the Australian Public Library Alliance (part of the Australian Library and Information Association), the first in January 2013, the second in May 2014, clearly illustrated the difficulties faced by libraries in providing their users with ebook collections. The key findings of the comparative surveys included:

Libraries are experiencing some demand for ebook lending. One of the library participants in the 2014 survey commented, “there is still a high level of unmet demand experienced by public library customers, particularly for recently published bestsellers”. Another said, “more and more people are turning to Amazon because of the lack of content available to Australian libraries”.

An underlying issue is that the major publishers, including Penguin, Random House, Hachette, Simon & Schuster, HarperCollins and Macmillan, have struggled to find a model for lending ebooks to public libraries.

Although digital rights management ensures library ebooks disappear from devices after the loan period (generally three weeks) has expired, fears of piracy and a negative impact on sales have meant these big players have resisted engaging with libraries until very recently. Even now, some of these publishers will not sell ebooks to libraries in Australia.

The irony is that this position is not only detrimental to libraries and library users – explaining the lack of satisfaction with the choice of bestsellers, books by Australians, popular authors and overall content – it could also have a negative impact on the publishers who are seeking to protect their market share.

Book buying and book borrowing are not mutually exclusive; in fact, quite the opposite.

Libraries are an essential part of the book industry, introducing readers to different genres, helping people discover different authors, and purchasing US$123 million-worth of content. By preventing library users from accessing their ebooks, publishers are potentially driving readers away from Australian books and Australian authors.

There is no doubt that, operationally, ebooks introduce a new dynamic in libraries. The Australian Library and Information Association produced a discussion paper in 2013 entitled 50:50 by 2020 that argued that public library collections will still have at least 50% of their collections in print at this date – and that in some regional library services, ebooks will still be in a small minority.

Whatever the actual percentages, the challenge for public libraries and their funders will be to maintain collections of the same titles in multiple formats. This will require discussions at a national and international level with publishers, firstly to achieve an economic model that works for all parties, and secondly to work through the technical issues of lending ebooks to users whose devices operate on different platforms.

It is an exciting time for public libraries to explore the potential of the digital environment. There will always be cynics to question the role of public libraries in an increasingly online world, but one only has to look at the usage figures to realise that, whether their collections are print or electronic, libraries are thriving.

Damian Lodge is affiliated with the Australian Library and Information Association. This article was originally published on The Conversation. Read the original article.