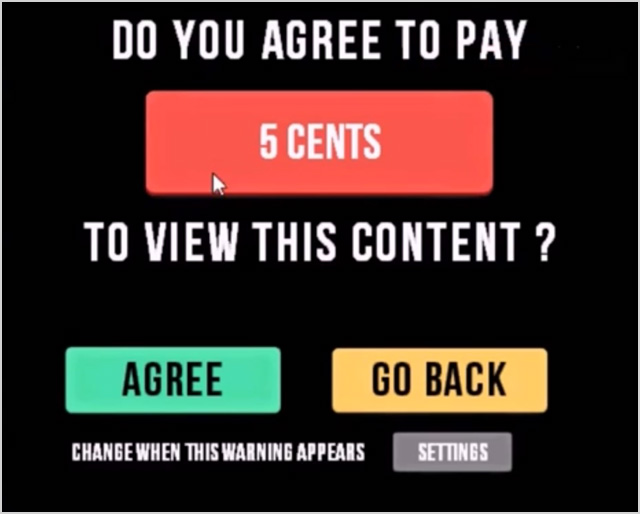 blog Some of you may remember the name of Nick Ross, the editor of the ABC’s Technology & Games site who wrote several in-depth articles criticising the Coalition’s rival National Broadband Network project. Well, what you probably didn’t know is that Ross has also been spending a great deal of time and effort on a side project. Known as ‘Nanotransactions’, the project is micro-transaction technology which Ross hopes will “save high-quality journalism”. I’ve had a look and the technology is actually pretty great — Ross has really gotten a lot of the nuances right here. the good news is that you can click here to support Nanotransactions on the IndiGogo crowdfunding site for as little as $5. I’m about to kick in $50. I hope you can contribute too. Here’s a few paragraphs from the full press release announcing the launch of the project this morning:

Nanotransactions Founder Nick Ross commented: “The Netflix experience in the US has shown us that if content is offered at a reasonable price, using a system that’s simple to use, people will pay. We believe Nanotransactions will deliver a robust and profitable transactional model for publishers of all sizes.”

“Current newspaper pay-wall business models are based on the expectation that less than two per cent of regular online readers will subscribe, but that’s not a sustainable business model for the long term. Paywalls are also annoying for consumers to use particularly when every publisher has a different system. Unless we as an industry take a significantly different approach, our industry will die on its feet,” said Ross.

Nanotransactions is currently being developed by Vivant, the company which created CommBank’s Kaching banking app and its Property Guide app.

Existing micro payment systems cost around 40 cents per transaction in credit card and PayPal fees, which means publishers struggle to find a price point that customers are willing to accept to access content. By contrast, Nanotransactions will charge as little as one cent per transaction, giving publishers the flexibility to set different rates for their content. It is anticipated that the majority of content would be charged from as little as five cents per article, up to 10 or even 20 cents for special or unique content. Payments can also be capped per day or per week or per item of media.

For a major publisher who may see a basic news story achieving a fairly-typical 20,000 views, Nanotransactions offers them the opportunity to potentially generate $1,000 at five cents per view. A micropublisher, or high-profile writer with a dedicated audience or social media following who, would be happy to pay for specialist content, may opt to charge 10c or even 20c per one off article and could potentially generate well over $1,000 a story.

“The current industry standard for freelance writing is just $200per article at best and many freelancers are expected to write for free,” said Ross. These higher rates of return would enable publishers to enjoy greater profitability and in turn pay for more high-quality staff and freelancers, thus improving the general content quality and offering work to the many now-unemployed journalists.

Fantastic news that Ross has gotten this project off the ground — and also that he’s working with Vivant, which created CommBank’s popular Kaching and Property Guide apps. I think this project has quite a good chance of successfully attracting funding and becoming quite large.