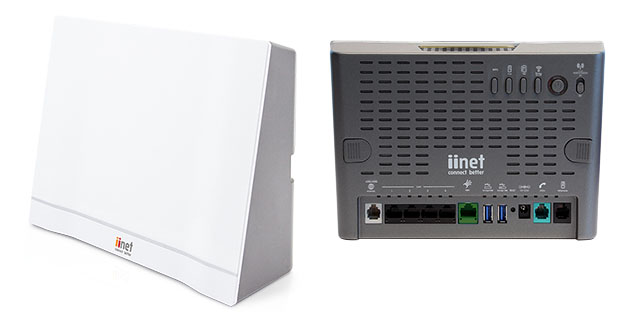 blog They’re not everyone’s cup of tea, but iiNet’s own-branded ADSL modems (the BoB and Budii lines) which the national broadband provider has developed can be found in the houses and small business premises of many, many Australians. The modems’ solid performance coupled with stylish design, easy administration and, most of all, subsidised nature on iiNet broadband plans has made them a winner. Introducing this standardised line has also made it much easier for iiNet to administer its customers’ broadband connections.

Late last week the company announced the latest in the line — the Budii Lite. While it still maintains a similar form factor as the previous high-end Budii ADSL modem, it does so in a smaller form factor. In addition, it comes with a bunch of new features not always found in consumer modems — 802.11ac wireless access, four gigabit LAN ports and a Gigabit WAN port, making the modem suitable for connection to NBN Co’s fibre infrastructure, should your area be lucky enough to receive it. The full tech specs can be found online.

I know that mentioning consumer-grade modems such as the Budii Lite on Delimiter can be fraught with danger — many readers, including myself, prefer more flexible and powerful options such as FRITZ!Box, Linksys or even Cisco. However, I wanted to flag this as something that readers may especially find useful to recommend to friends and family. I get constantly asked by personal connections for broadband recommendations.

Over the past several years, if the questioner is outside the HFC cable or NBN footprints my recommendation has consistently been to pair an iiNet ADSL connection with a Bob Lite modem, as this is the setup which seems to feature the best combination of customer service, service consistency, price and stability. I suspect I will shortly switch that recommendation to the Budii Lite modem. It’s pretty future proof, and at $99 on a two year contract it’s a pretty good deal. And no, iiNet’s not paying me to write this ;)