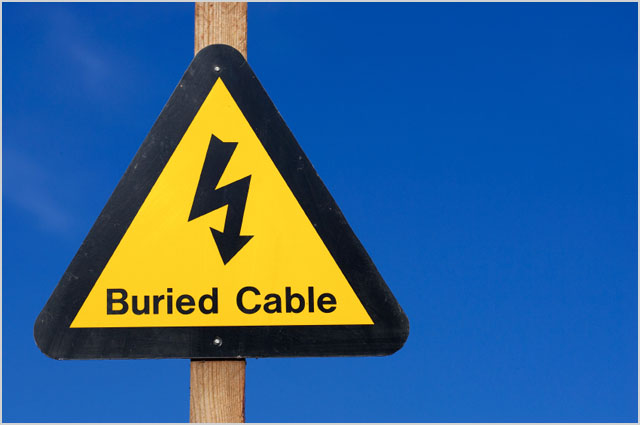 This article is by Stephen King, Professor, Department of Economics at Monash University. It originally appeared on The Conversation.

analysis Has there ever been a bigger policy mess than the NBN? The latest claims are that NBN Co risks breaching Australia’s consumer law on the grounds of misleading and deceptive conduct. So how did it get to this?

For fibre-to-the-node (FTTN) and fibre-to-the-basement (FTTB) connections, NBN Co will offer five different products with different speeds. But some areas will not have access to the fastest speeds. Despite this, NBN Co has said it will sell all packages in all locations, even if the access speed in a package is unattainable. In the spirit of “caveat emptor”, NBN Co believes it is up to the customer and their service provider to work out if the NBN can deliver what NBN Co is selling.

At a minimum, this appears to be a bizarre business strategy aimed at annoying customers. At worst, it may be misleading and deceptive conduct. And the Chairman of the Australian Competition and Consumer Commission (ACCC) appears to have confirmed this possibility to Senate Estimates this week.

Unfortunately, this is only the tip of the iceberg. The NBN risks being tied up in regulatory knots and legal uncertainty.

NBN Co has already experienced the bureaucratic nightmare these rules create. In December 2011, NBN Co lodged a “Special Access Undertaking” (SAU) for ACCC approval. Just over two years later, in December 2013, the SAU was accepted by the ACCC on a third attempt.

This delay does not reflect badly on either the ACCC or NBN Co. The access rules are convoluted and complex. However, as the NBN business model is reformulated following last year’s federal election, it is not clear that the SAU accepted last December will work in the future.

For example, in March this year NBN Co was unable to meet its commitment under the SAU to publish roll-out information. The reason? Well, with the change in the NBN model, it is far from clear what the roll-out will look like. As NBN Co stated to the ACCC:

Depending on how the NBN is developed, NBN Co may have to start the SAU process all over again.

The uncertainty stems from the NBN Panel of Experts. The media has focused on the panel’s cost-benefit analysis of the NBN. But the terms of reference for the panel also include a review of the current telecommunications access arrangements.

A review of these laws is desirable. The starting point should be a simple question: why are telecommunications so different to other infrastructure industries that special laws are needed?

And the panel is taking a broad-brush approach. But this necessarily means that NBN Co is trying to work within a set of rules that may change.

For example, the panel has questioned the length of the NBN SAU accepted by the ACCC. The SAU runs until 2040. The panel has argued this is too long and inconsistent with broader government policy. If the rules change, then the SAU process will have to start again.

Under the current NBN model, NBN Co will still face on-going issues even if it can navigate the regulatory quagmire. As I have noted before, the NBN business model involves cross-subsides from the city to pay for the bush. But if competitors can cherry-pick the city users of high-speed broadband, the NBN will become unviable.

There are three potential solutions to this problem.

First, increase regulations to prevent competition. This was the approach under the previous federal government. But in telecommunications, it is doomed to fail. Innovation will find ways around the rules. Second, leave NBN Co to fend for itself. This will either lead to large losses or push NBN Co to try and use its muscle to prevent competition. Of course, the latter path would bring it into conflict with the ACCC.

This third approach solves the problems but would take strong political leadership. It would mean “unwinding” various agreements. But as the saying goes, when you are in a hole, stop digging. The NBN is looking like a large pit, and at present, everyone is digging in deeper.

Stephen King was a Commissioner at the ACCC from 2004-2009. In the past 20 years he has advised numerous telecommunications carriers and regulators.