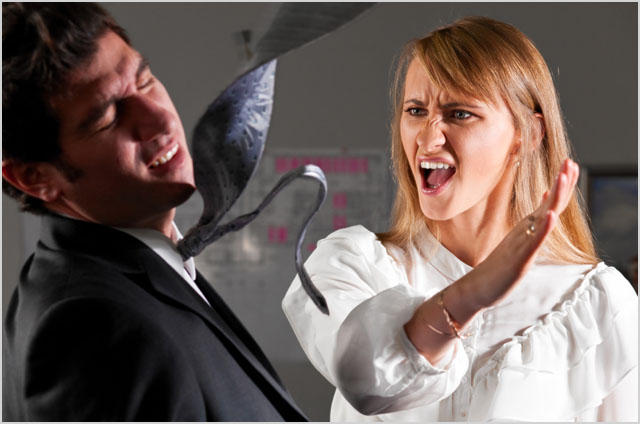 This article is by James Riley. Riley is a technology writer and communications professional with more than 25 years’ experience in journalism, government relations and marketing communications. It first appeared on Riley’s site, InnovationAus, in addition to Business Spectator. It is replicated here with permission.

opinion Listening to the shrieks and squeals of tech sector commentators over the past few weeks, you’d be forgiven for thinking Joe Hockey’s first budget contained nothing for the industry. A more measured inspection of the budget entrails and you will find the Coalition has delivered a lot. A lot of pain, and a lot of lessons.

Because if you accept that a budget is ultimately a statement of direction and a statement of intent, then this government has told the tech sector all it needs to know. It is simply not interested. And that’s a powerful message from which the Australian tech sector has no choice but to learn. How the industry responds will determine the future for the tech industry in this country.

But a lot of whining and whingeing from the startup rent-seeker community isn’t going to help much. We know this because the strategy of endless whining about how hopeless government is and how no-one “gets it” has not worked so far. In fact, this strategy has had the opposite effect.

How else to explain the startup sector being completely ignored in this budget? Despite having a higher profile than ever, and having better access to the political leadership than ever, the startup “community” could not even get its no-brainer flagship claim for a change in the tax treatment of employee share schemes across the line. So something is not working. And it is important that lessons are learned from this debacle.

Here are some thoughts.

Firstly the Australian tech industry is far bigger than the poorly-defined startup community that makes claims to its best interests. The industry needs a single, broad-based organisation to provide a voice and to provide political leverage.

The Google-led StartupAus is a ridiculous organisation and entirely unsuited to representing the interests of the local industry. How can any government, any minister, or any ministerial staffer stomach a conversation with an organisation that is an extension of the Google marketing department?

How else to respond to calls for government assistance from an organisation that is led by a company that by any reasonable measure does not make a fair contribution to the broader Australian society? Ignoring this group was perhaps the politest response government could come up with (although I believe the budget message was actually more of a Fuck You).

Yes, I am talking about Google’s hideous corporate culture and its ludicrous tax profile in Australia, and no, I am not suggesting Google has broken any laws (standard disclaimer etc).

Nor am I suggesting that everything that has come out of StartupAus is without merit. Its recent ‘Crossroads’ report was a good contribution to the ongoing conversation despite massive omissions (which will have to be covered in a separate column), but it is the wrong, wrong, wrong organisation to be putting such a document forward.

The local industry needs its own representation. Of course this industry body needs links into the broader community of foreign multinationals to cover areas of common interest.

But anyone who thinks it is productive to ride into meetings in Canberra on the coat-tails of Google is off their gourd (Yes I am singling Google out, and yes it would be the same problem if it was Facebook, Microsoft, IBM, Accenture, Huawei, Siemens, Hitachi, Samsung, GE, SingTel or any number of other foreign companies).

So why does the industry need a representative body if it already has so many and is still not being heard?

So what is the medical research community doing right that the IT startup sector is not doing? How can we learn from their success?

Because the Australian medical research community is just as crap at commercialising its research as the IT sector, and faces many of the same issues — from a lack of venture capital funding, to access to skills, to poor entrepreneurial culture.

And as much as the Coalition Government has said it is not in the business of “picking winners”, it just placed a $20 billion bet on our local medical researchers. This is not sour grapes. The fund is good news for Australia (and there will be opportunities to come out of this for our IT sector).

But maybe someone should talk to the Association of Australian Medical Research Institutes (AAMRI) and find out what they do that has made it so effective (This is the organisation that was telling Canberra two years ago that Australians produced 3 per cent of medical research but accounted for less than 1 per cent of medical patents).

What is it doing that worked? It is a sector that falls between the gaps of different Commonwealth portfolios just like the IT sector (Health, Industry and Education to name three), but it has managed to navigate its way into a gigantic pool of money nonetheless. While the tech sector has floundered.

There is a laundry list of problems with the budget for the IT sector that have been well documented elsewhere. But the tech industry needs to properly triage its issues rather than running around simply saying government doesn’t “get it”.

Yes, the defunding of Commercialisation Australia is a bitter pill. But the cuts to the Industry Innovation Funds? It comes across as incoherent screeching to get equally upset that the IIF program is being wound up, given that it seems universally accepted that it has been ineffective.

When Tony Abbott told Kerry O’Brien just before the 2010 election that he was not “a tech-head”, we should have taken his word for it. Which is not to sheet the blame entirely to Mr Abbott, but if the Prime Minister has no interest in this area (and this extends to all of the STEM subjects in the education sector), we will get no-where.

There had been talk before the budget that Malcolm Turnbull would be given additional responsibilities as a “Digital Champion” across government, to provide a single advocacy voice inside the Cabinet and across the Commonwealth. Well, that didn’t happen. Presumably, Mr Turnbull has been told the only profile he is going to get is through that shit sandwich called the NBN he has been chewing on so diligently.

And the tech sector, with all of its disparate interests, will remain divided and conquered as a horizontal industry behaving with no common interest.