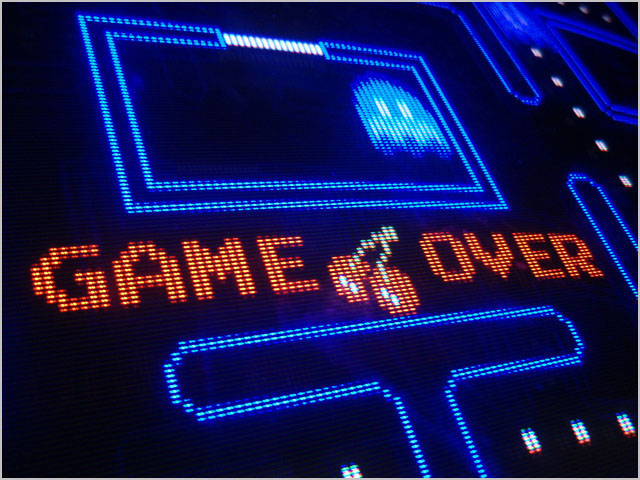 news The Federal Government tonight announced as part of this year’s Budget that it would cut $10 million of remaining funding to the Australian Interactive Games Fund, in a move which at least one commentator has already said will “destroy” Australia’s video games industry.

The Interactive Games Fund commenced in 2012/13, delivering $5 million per annum in the first and second years, jumping to $10 million in 2014/15 — which is the funding being cut tonight. The money had been earmarked to help build a sustainable base for video game development firms to grow in a global market. It billed itself as recognising the international potential and originality of our local interactive entertainment by assisting Australian companies during a period of increased pressure following major shifts in the market.

In its briefing notes regarding the funding program, Screen Australia has noted that a number of factors had stopped Australia’s video game development scene from developing as far as it has in other countries.

Firstly, there has been fewer console titles commissioned, with publishers focusing their resources on established blockbuster titles such as the Call of Duty franchise which typically achieve greater returns than lower profile games. Exacerbating this trend has been the fact that, at the time the fund was established, gaming consoles were late in cycle, with machines such as the PlayStation 3 and Xbox 360 having been in market for many years. This also resulted in a contraction of the overall amount of development work.

The impact of the global financial crisis in the US and Europe had also meant consumers were buying less games, preferring to purchase a smaller number of high-quality titles. Video game development has shifted in some part to lower-cost development regions such as China, India and Russia. “As a fee-for-service location, Australia is no longer considered cost competitive due to the strong Australian dollar, which has risen steadily against the US dollar from the late 1990s to 2011, with severe impacts on the local industry,” Screen Australia wrote.

In addition, “the local talent pool has been severely diminished as a consequence of recent studio closures, which resulted in the loss of hundreds of jobs. As the local industry is too small to absorb the employees from defunct studios, many of them have moved overseas. ”

“The local industry was well positioned to take advantage of digital distribution platforms due to the skills development and training facilitated by local console development activity in the 2000’s. But without a critical mass of talent and experience, the industry will not be able to rebuild in the future, even with the return of favourable trading conditions such as a more competitive Australian dollar and the forecast upturn in physical retail sales over the next five years.”

With the cutting of this Government funding, Australia’s video game development scene now has no buffer against these factors, meaning it is likely to remain nascent.

The funding cut has already been slammed by commentators in the industry. Matt Sainsbury, publisher of site Digitally Downloaded, wrote tonight that it disappointed him “in the extreme” to see Australia’s video game industry unable to compete with the video games output of locations such as Canada or parts of Europe, where developers enjoyed generous tax breaks, or with cheaper development locations in Europe.

“I personally know multiple (multiple) game developers that relied on that money and absolutely needed it in order to get their games made,” Sainsbury wrote. “As an opportunity, that money is now gone. All $10 million of it. No renewals into the future. So, next year, a game developer that might have otherwise been able to get a grant to finish the game won’t have that opportunity. The game won’t get made – and you don’t need to be an economist to figure out that is not a healthy thing for a game development business.”

opinion/analysis
I’m in two minds about this one.

On the one hand, Sainsbury is right — $10 million is a tiny amount for the Federal Government (not even a rounding error) but it will have a huge impact on the local video games development industry, which will probably dry up overnight. In an age where the Federal Government continues to fund all other forms of artistic endeavour (including film, TV through the ABC and SBS, music and even ballet, for example), you would expect a huge entertainment market such as video games would receive at least a smidgeon of capital support.

However, on the other hand, as I have written many times, I personally am a fan of small government. I fundamentally do not approve of the Federal Government meddling in private industry too much, and it seems ludicrous that some video game studios should receive vital funding from a bunch of bureaucrats in Canberra while others go without. Governments should not be making those kinds of choices.

What I would personally like to see the Government doing is supporting the local video game development scene through, as Sainsbury mentioned, the kind of extreme tax breaks we tend to see in Canada and throughout Europe. If you cut the corporate and payroll tax rates for video game developers severely, and incentivise venture capitalists to fund local studios, you’ll see a huge but gradual shift in the local industry. I don’t think we’ll see such tax breaks in reality, meaning this Budget is the worst of all worlds for the local video game industry, but it does bear mentioning that this is the better long-term solution to this problem. A $20 million fund was never going to sufficiently stimulate the sector.