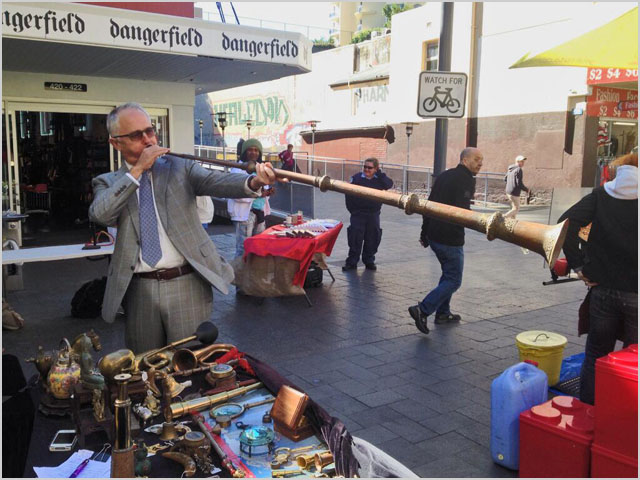 news Communications Minister Malcolm Turnbull has published an extensive, 33 page Coalition rebuttal of specific allegations raised by the Opposition in late March claiming that evidence shows NBN Co’s Strategic Review published last year is based on “flawed and unreliable” premises and was in fact designed by Turnbull to constitute a “pre-ordained political outcome”.

However, NBN Co’s Strategic Review published in December last year changed the paradigm, with the company recommending (and the Coalition supporting) a vision in which up to a third of Australian premises will be served by the existing HFC cable networks of Telstra and Optus, with Fibre to the Node and Fibre to the Basement used in other areas not already covered by Labor’s FTTP approach. Satellite and wireless is to be used to cover some rural and regional areas as under Labor’s previous plan. This new model is known as the “Multi-Technology Mix” (MTM), or “the Coalition’s Broadband Network” (CBN).

In late March the NBN Senate Select Committee, which is controlled by Labor and the Greens, published an extensive 194 page interim report into its initial findings regarding the revamp of the project. You can download that report here in PDF format. Former Communications Minister Stephen Conroy said at the time that that report showed there were seven major problems with NBN Co’s Strategic Review, including:

Yesterday Communications Minister Minister Turnbull published a 33 page rebuttal of those specific allegations, as well as a broad swathe of other statements contained in the March Senate report. You can download the full Coalition rebuttal online here in PDF format.

With respect to the first point about NBN Co’s Strategic Review assuming a delay, the Coalition responded: “In truth, today’s 950 brownfield premises per working day would need to increase five-fold for the Revised Outlook to finish in 2024.” It appears Turnbull is alleging that NBN Co’s current deployment rate for Labor’s FTTP version of the NBN is too slow to meet the project’s projected 2024 deadline and would not sufficiently increase in speed.

With respect to the second point regarding the $4 billion in “business as usual” architecture savings signed off by previous NBN Co management under Labor, the Coalition responded that consulting firm KordaMentha had determined that only $1 billion of savings were valid.

With respect to the third point, Labor’s contention with regard to the Strategic Review’s allegation that higher costs would add $14.4 billion in capital expenditure to Labor’s FTTP version of the NBN, the Coalition’s response stated that projected costs under Labor’s plan had been understated, with projected costs “well under actual costs to date”.

In point four, Labor had alleged that the review included overly pessimistic revenue assumptions for Labor’s FTTP build that did not reflect existing strong demand for NBN services or high data usage patterns, and ignored demand for other elements of broadband services than download speeds, such as reliability and upload speeds.

“NBN Co’s outside advisors stated previous forecasts conflicted with international benchmarks, double-counted sales to government, and were “very optimistic”,” the Coalition fired back in response. “Since 2000 broadband prices have barely changed – casting doubt on NBN Co’s projection of strong ARPU growth over the next decade (Page 18).”

In point five, Labor had alleged that the Coalition’s Strategic Review had added a third satellite to NBN Co’s satellite deployment, without considering revenue or cost implications. “Under Labor the rollout outside the fixed line footprint was so botched that service and coverage commitments can’t be delivered,” the Coalition’s document stated. “Capex of about $1.5 billion is needed to rectify coverage and capacity gaps (Page 19).”

Labor’s sixth point alleged that NBN Co’s Strategic Review excluded revenues worth $15 billion from a fibre build after 2021. “In reality this has no impact whatsoever on calculation (or comparison across scenarios) of total capex, total funding required, or return on investment over 2010-2040 (Page 22),” wrote the Coalition.

And Labor’s last point alleged that the Coalition’s preferred ‘Multi-Technology Mix’ model would need to be upgraded, but stated that the Strategic Review did not include such costs. “In fact upgrade paths are identified and their costs analysed – again proving a multi- technology NBN now and FTTP later costs less in today’s dollars than deploying FTTP now. But upgrade costs are not scheduled, as it is unclear when (or whether) they will be needed (Page 23),” responded the Coalition.

In general, the Coalition’s response to the NBN Senate Select Committee’s interim report was highly critical.

“This specious assault on the legitimacy of the Strategic Review was led by Senator Stephen Conroy, the former Minister for Communications, who has used the Select Committee to contrive an alternative (and entirely fictitious) history of the NBN,” the Coalition’s response stated. “In Senator Conroy’s parallel universe Labor’s rollout was a well-oiled machine, on time and on budget. Witnesses who pointed out the project was a mismanaged and dysfunctional shambles under Labor were dismissed with bellicose contempt.”

“In their dissenting report, Coalition Senators highlight Senator Conroy’s abuse of the Committee and its hearings, and correctly note the majority interim report is “grossly misleading and untruthful in its portrayal of the evidence provided to the Senate Select Committee”.”

“The basic facts about the NBN are incontestable. By September 2013, after six years of Labor in office, $6.5 billion had been invested in a network that reached less than 3 per cent of households and businesses and was delivering services to less than 1 per cent. Yet the authors of the Select Committee’s majority interim report – Senator Conroy, Senator Lundy, Senator Thorp and Senator Ludlum – appear just as unwilling to acknowledge NBN Co’s inadequate past performance as they are to concede any need for change in the future.”

However, I do want to note that as a general category of literature, I would characterise the material emanating from both sides as highly contentious politically motivated bullshit of the highest order. You could sell either side’s allegations as high-grade manure at the Easter Show for a huge amount and walk away from very satisfied customers.

There was a fair amount of truth embedded in March in the Labor-dominated NBN Senate Select Committee’s interim report. And there is also a fair amount of truth embedded in the Coalition’s response. But the way that truth is presented and published in both cases largely negates it. Both sides are cherry-picking facts, presenting information devoid of context and without insight, and taking any chance they can to score points on their opponents.

Because of this, I find it very hard to read the material generated by either side; it’s like dunking my brain into a pig trough. If both sides were actually interested in the truth of how this massive infrastructure project should go forward (and I think Labor is more legitimately interested than the Coalition, but not uniformly so), then they would stop nitpicking and jointly commission an independent party such as the Productivity Commission to examine the whole situation, or perhaps the Australian National Audit Office. Then each side should agree to abide by the joint recommendations of such informed and capable organisations.

I have always found the ANAO in particular to be very rigorous in its examination of Government projects. I have read many dozens of ANAO reports. And none had quite the … stretched quality of NBN Co’s Strategic Review or the various Senate reports and rebuttals produced about the project by the politicians. ANAO reports tend to be a great deal more cut and dried. I like that. I like facts. I’m funny like that. Evidence really floats my boat when it comes to major infrastructure projects. Call me weird.

But of course, neither side will do this. They prefer to use the NBN project as a political plaything that they can use to score points on their rivals. This is a tragedy and, as I have previously written, beyond a farce. Labor and the Coalition should both be ashamed of their current actions. Even to the extent that Labor has the moral high ground on the Coalition on this issue, we still don’t see the kind of behaviour, especially in these Senate Committees, that one would expect of such senior politicians.

I don’t think I’ve mentioned it enough recently, but what is happening with the NBN right now physically disgusts me. I feel ill when I think about how this fantastic project has been mismanaged and how it has become a political plaything. These back and forth reports merely reinforce that feeling. And I know I am not alone in feeling this way.