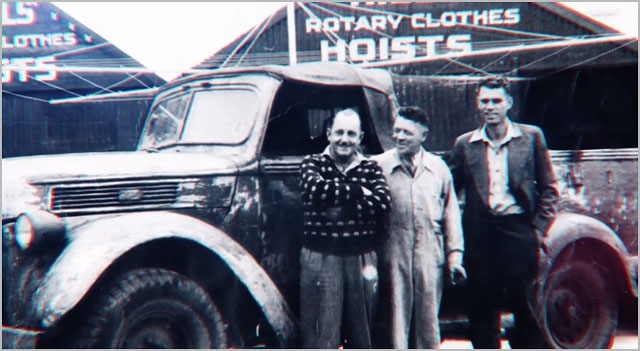 blog Nobody could ever accuse IT industry luminary Ted Pretty of being boring. The executive, who first became well-known as a group managing director at Telstra but has also held senior roles at Macquarie, Fujitsu, RP Data, NEXTDC and Tech Mahindra (to name a few), has a reputation for being a high-energy executive with a finger in many pies. And he’s not been afraid to ruffle a few feathers along the way.

One of Pretty’s most important recent roles has been his stewardship of Hills, best known for its iconic Hills Hoist clothes washing lines, but more recently a whole bunch of other diversified product lines. And, according to a recent slew of information published by cloud computing vendor Salesforce.com, the executive hasn’t been afraid to ruffle feathers there either. According to a blog post published by Salesforce.com today, one of Pretty’s first moves upon taking up the Hills role in 2012 was to halt an expensive traditional business software project. The vendor writes:

“When Ted Pretty took over the reigns at Hills he set in motion a massive transformation project aimed at returning the 70-year Aussie icon to profitability and kick starting a phase of aggressive growth. One of his first actions was to halt a ERP & CRM system deployment already $18 million dollars in.

Looking to the future, he opted for the Salesforce1 Customer Platform instead. Ted tells how he picked up the phone on a Wednesday and the Salesforce implementation partner, Cloud Sherpas, was there to start the technology transformation on the following Monday. It’s a strategy that paid off, and after just six months of implementing Salesforce Hills reported a shift from a position of debt to 19 percent profitability.”

There’s more information online in a YouTube video as well as a case study published by Salesforce.com, where Hills notes it is using the vendor’s Sales Cloud and Service Cloud.

Of course, being a vendor case study presented at Salesforce.com’s recent Salesforce1 World Tour conference in Melbourne, it’s no surprise that there isn’t a heap of information about here that is critical of Salesforce.com. I’m sure there were more than a few bumps along the road as Hills deployed the vendor’s Software as a Service offering.

However, I have to say, I am seeing more and more of these kinds of deployments in Australia in general. Major corporations are realising that going down the path of major ERP/CRM software deployments can be quite risky and costly. Instead, it often just works better if you throw up a quick cloud computing option that will be inexpensive to trial. Usually such solutions work quite well.

I also note the statement recently made by Gartner, in which the enterprise IT analyst firm came down heavily against the style of big large ERP projects which Pretty halted at Hills. The firm said in February that large, monolithic and heavily customised in-house enterprise resource planning systems will be relegated to the status of “legacy ERP” over the next several years, as smaller, nimbler and often cloud computing-based alternatives eat the lunch of this old mainstay of the IT application portfolio.

None of this means that the days of old, legacy ERP and CRM systems are over — far from it. But what it does mean is that those seeking to take a transformative approach to business may need to look outside the box a little. It’s possible that the only way Hills would have gone down this path was under the leadership of an executive such as Pretty who comes from a fundamentally different industry background. But I suspect we’ll see more and more of this kind of activity as time goes on.