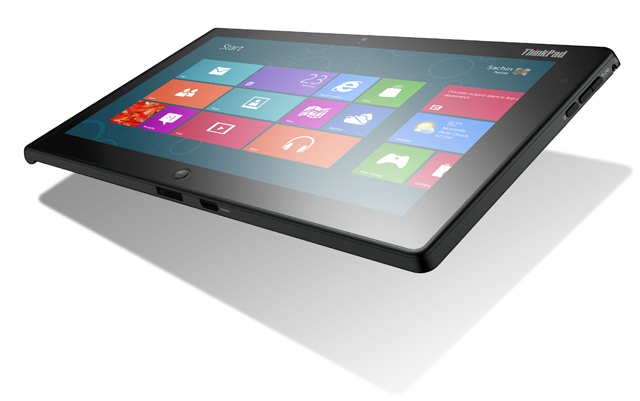 news The University of Sydney has successfully completed a trial of Windows 8-based Lenovo ThinkPad Tablet 2 devices in dedicated student spaces on several of its campuses and is seeking to deploy the devices more widely to assist in generating better learning outcomes.

Lenovo recently published a case study on the deployment, which is available online in PDF format. This story was first reported by the AustralianIT last week. There’s also a video online about the deployment. According to the vendor’s case study, the university was facing strong demand from both students and teaching staff to establish learning spaces where digital technologies and face-to-face interactions were integrated.

Unlike traditional computing labs with desktop machines, these environments needed to retain the “discussion group” dynamic of the lecture or tutorial room, while simultaneously providing students with the ability to take notes and research to support their learning. Lecturers too wished to move their student engagement beyond the traditional white boards and slide presentations, requiring a platform which was both highly functional yet intuitive to use for educational purposes.

Jim Cook, Innovation Lead for the University of Sydney’s Information and Communications Technology department, canvassed samples and trials from eight market-leading vendors in the tablet computing space. Each product was tested by both the IT staff and teaching staff, with feedback going to Cook and the project team who made recommendations to the university’s governing bodies for the final decision.

According to Lenovo’s case study, the vendor’s ThinkPad Tablet 2 was continually cited by testers as the most effective platform for the University’s needs. The initial pilot saw 80 tablets deployed across two faculty spaces, both of which are located on different campuses.

The company said that the Tablet 2’s main draw cards were its small, durable form factor and powerful connectivity, both of which addressed the University’s core requirements for learning space. However, it is not immediately clear what connectivity options the ThinkPad Tablet 2 has that other tablets such as the iPad don’t have, or why the ThinkPad Tablet 2 unit was seen as being more durable.

In the testing phase, the Tablet 2’s security options “came to the fore”, according to the vendor, which stated that “unlike many other mobile devices, the Tablet 2 allows for physical tethering as well as electronic tracking, a must for fleet-wide integration into classroom environments”.

Teaching personnel were also particularly impressed, according to the vendor, by the Tablet 2’s digitiser pen, which offered both them and students an ergonomic and fully-supported alternative to haptic input for the device.

“The Tablet 2 proved a surprising yet wholly impressive contender for our attention and has proven a strong choice for both our teachers and students,” said Cook in Lenovo’s case study. “But equally important has been the level of support and service which Lenovo has provided in our integration process: we wouldn’t have been able to deploy so fast or so smoothly without their counsel and attention to every detail.”

Lenovo personnel were deployed on site to assist with initial installation and management of the machines, working with Microsoft experts to ensure the Windows 8 tablets were fully compatible across the University’s existing platforms. The first two tablet pod learning studios were launched in February 2013, less than 6 months after the initiative was first tabled.

“Our students continue to relate back that they feel the University is supportive of using technology to enable their learning, which is increasingly important for their day-to-day experience at the university” said Cook. “The University of Sydney has always prioritised the fundamentals of learning and teaching, and it’s great to see these fundamentals being served and encouraged by this new tablet based learning studio model.”

Both pilot spaces are always heavily booked by students, according to the University, and it now plans on extending the project to other locations in its broader campus planning. The pilot has also been cited for its role in meeting core e-learning outcomes at the University’s satellite Cumberland campus, and both sites have maintained zero losses from their device fleets.

“The centrally-managed security options and ongoing support from Lenovo have made this innovation into a truly sustainable one, and we expect it to act as a template for further developments as the University and its students continue to transform how they work and learn” said Cook.

Also in mid-2013, Queensland’s Department of Education had flagged plans to deploy one of the world’s largest known Windows 8 tablet fleets, with nearly 14,000 Queensland secondary students to receive the devices. The news added to suggestions that Microsoft’s Windows 8 tablet platform, although it has seen poor adoption in Australia’s enterprise sector so far compared with the iPad, may be being adopted more rapidly in schools and other educational institutions, due to its flexibility and ease of central administration.

However, it hasn’t all been good news for Microsoft in the education sector. In the university sector, for example, Apple’s iPad has been very popular. UWS, for example, announced in January that it would deploy some 11,000 iPads to students and staff this year, while a number of other schools and universities around the country have also conducted iPad trials over the past several years, before Windows 8, with its tablet touch-screen controls, was released.

There have also been a handful of Android tablet rollouts in schools in Australia. For example, in December 2011, Acer revealed that staff and students of years 9-12 at Brighton Grammar School in Victoria would be issued with the company’s Android-based Acer Iconia Tab A500 tablet.