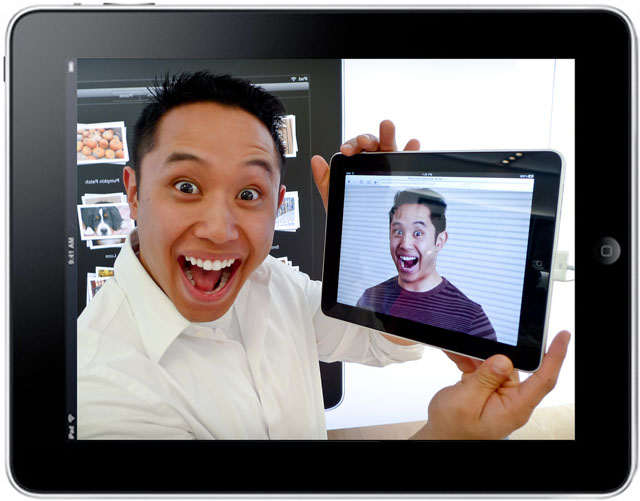 news The University of Western Sydney has revealed that it will deploy some 11,000 iPads to students and staff this year, in one of the largest rollouts of the Apple tablets known in Australia so far and a move that will see every first year student at the institution receiving one of the devices.

In a media release issued late last year before Christmas, UWS said the move — believed to be the largest deployment of tablets in an Australian university — was aimed at supporting “learning and teaching innovations across the curriculum and in informal learning environments.”.

“With digital technology revolutionising how we connect and interact with the world, university study should be no different,” said Professor Kerri-Lee Krause, UWS Pro Vice-Chancellor (Education). “This initiative will not only readily equip our students and academic staff with mobile tools to enhance learning, it will also help them to engage with an ever-increasing online world.”

It’s not the first time iPads have been deployed widely to students and staff at a major Australian educational institution. In September 2010, for example, the University of Adelaide revealed plans to call it quits with paper-based textbooks and hand out free iPads to students enrolling in a science degree in 2011, claiming at the time the new Apple tablets will revolutionise the way science is taught at the institution. Similarly, an extended trial of iPad use at the University of Melbourne residential college Trinity College recommended a wider deployment to some 700 to 800 students in March 2011.

The chief information officers of Curtin University and Macquarie University have also commented publicly on the rapid influx of iPads into their environments.

In its statement, however, UWS said the iPad rollout was just one part of a “comprehensive curriculum renewal strategy at UWS”, which included implementing more flexible study options for students and a “blended learning model” – particularly around interactivity. The UWS students will have network access through their iPads via the university’s ubiquitous Wi-Fi campus network.

“The create@UWS initiative extends what our UWS academic staff are already doing so well in their teaching through innovation and a strong emphasis on engagement,” said Krause in the university’s statement. “Over the next couple of years UWS will challenge some of the traditional lecture-style presentations by including more of the interactive learning that students value so much.”

“Mobile technologies will be a key part of this strategy. We want to support our academic staff to make the most of iPads and custom-designed apps in class so that, even in the largest lecture theatre, students have access to just-for-me, just-in-time interactive learning experiences.”

“Our students tell us they want more flexible ways to learn. They have paid work and family commitments, yet they value the support offered by a campus-based experience. To increase flexible access to ‘learning on the go’, our students will be able to learn using more online and web-streamed material while at the same time benefiting from ‘flipped’ approaches to traditional university teaching that emphasise interactive and collaborative face-to-face learning. We are also expanding the range of study modes, to include more intensive and weekend classes to give our students more flexibility and choice.”

“The iPad initiative is just one part of our broader, four-year Blended Learning Strategy to embrace emerging technologies and other modes of learning as a way to complement our face-to-face teaching, which will of course remain core to UWS.”

“The University’s analytics also show that our e-learning system is accessed 24 hours a day, seven days a week,” says Professor Krause. “So, not only do we expect this initiative to be useful for students on campus as part of their university studies, but we expect it will also greatly enable our first-year students to engage with the University and their learning when and where they choose.”

opinion/analysis
To be honest, I am kind of ambivalent about this kind of initiative. While it seems great and forward-thinking on paper, in practice it seems little more than a kind of bribe on the part of the university to attract students through its doors. In my experience, leveraging new technology for learning outcomes in situations such as universities is really not a matter of simply handing out new end user devices en-masse and hoping that students use them.

To really be effective in this endeavour, UWS will have to make sure that its back-end supporting applications function on their iPads. This means making sure that educational applications such as Blackboard have mobile versions, that students have a way to share and get access to each others’ documents on their iPads, and even that faculty-specific apps (here I’m thinking, for example, of some of the really esoteric mathematics apps which plagued my existence when I was studying for a science degree a decade ago at the University of NSW) function on the iPad. UWS will also need to make sure that students can get access to electronic versions of textbooks … in itself a mindfield of licensing agreements and Australian availability.

Doling out half a million dollars worth of iPads to students (many of whom probably already have iPads) is one thing. But delivering the supporting systems to really take advantage of that investment is quite another thing. I don’t expect this kind of investment to really start delivering for another few years, at least. Having said all of that, half a million dollars a year or so on iPads is really not a lot of money for a university the size of UWS. It’s really pocket change to help position itself as a leading light for technology innovation.