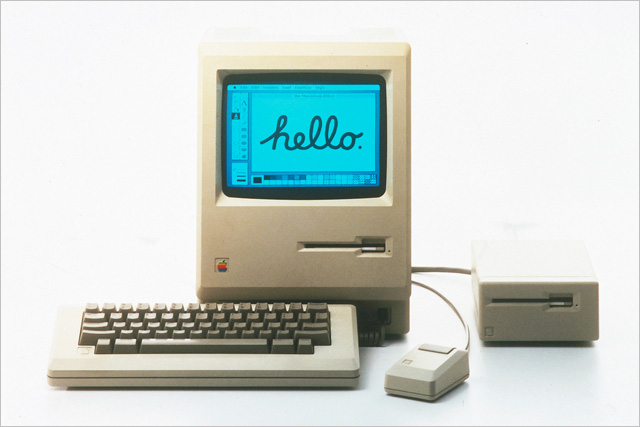 blog As you might have noticed, Apple is currently celebrating the 30th anniversary of the birth of the Macintosh — Steve Jobs’ opus to the world of visual user interfaces and mass market computing. The influence of the Mac can hardly be understated, but what is also obvious is that many technologists have a great deal of emotion and nostalgia associated with this most iconic of computers. Anthony Agius, the founder of Australian Apple forum MacTalk and long-time Mac lover, has posted what he bills as “a love letter for the Mac” on his blog. Agius writes (we recommend you click here for the full article):

“Maybe Apple wasn’t as innovative as people think it is. Maybe you don’t think Apple created all the technologies they’re commonly known for. Maybe you reckon Apple is a marketing driven beast that brainwashes people into using their shiny widgets and rips off other companies. But Apple are genuine and real and express themselves through their work. The Apple veneer is as polished as it gets and can get pretty cultish at times, but if you look deep down past that bullshit, they care about what they do. They love technology more than me and that’s why I love them.

While I futz around with this Raspberry Pi, run a mutant Hackintosh and lug a Dell laptop around between Macs, the Mac will always be who made me cherish technology and helped me realise technology can be human. That realisation is what makes the Mac an as strong connection for me and my being as the people I’ve met and the places I’ve been.”

The first computer our family had access to was an Apple IIe on loan from our local school over the holidays (I remember enjoying many games on it, especially Karateka), but the first computer we owned was a Macintosh LC II. Boy, did we reformat and hack the guts out of that beast. When I left home and headed to university in 1999, I switched to a PC (and Windows/Linux) as it was much more inexpensive and Apple looked like it was dying at that stage, but eventually I turned back to the Mac with a MacBook Pro laptop around 2005 for my mobile needs. Ever since I’ve been gradually standardising on Apple. My main machine is now a 27″ iMac (mid-2011 — it’s due for an upgrade, probably when Apple throws a Retina Display into its 27″ iMac line) and I just upgraded to a new 13″ MacBook Air for my mobile needs.

While I hate and have to work around some of Apple’s design choices (such as the inability to maximise windows in Mac OS X), and I can’t stand all the bolt-on services such as iCloud and iMessage, the Mac is still the best option out there for me for a reasonably high-powered desktop with a minimal footprint. It would take a very solid Windows machine indeed to seduce me away from Apple’s hardware, and I, too have fond memories of Macs in general. Let’s hope the Mac line can survive for another 30 years.