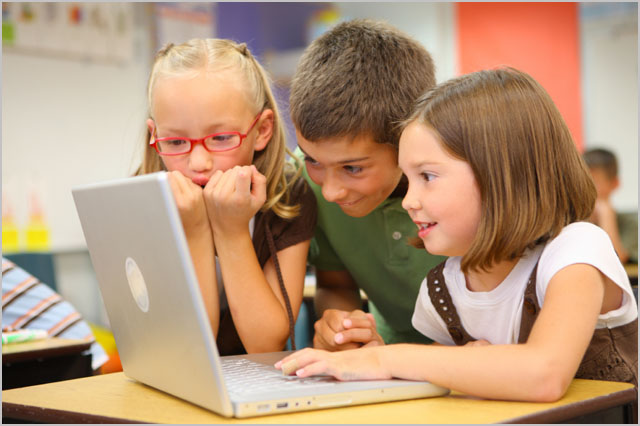 news The Federal Government has issued a detailed discussion paper canvassing various options through which it can deal with the issue of children’s safety on the Internet, including the potential establishment of a children’s e-safety commissioner, developing an effective complaints system to deal with offensive material on social media sites such as Facebook and Twitter, and even the potential establishment of a new cyber-bullying offence.

The issue has come to prominence in Australia over the past several years, with a number of cases of offensive behaviour taking place through social networks causing community outcry. For example, in February 2010 then-Queensland Premier Anna Bligh personally wrote to Facebook chief executive Mark Zuckerberg, appealing to the social networking supremo for help in blocking offensive material from being posted on memorial sites for Queensland girl Trinity Bates.

In a statement issued this morning, Liberal MP Paul Fletcher — Parliamentary Secretary to Communications Minister Malcolm Turnbull — said that the Internet provided “immense benefits” — to children as much as to adults. “But it can also bring dangers,” he added.

“It is clear that parents, and others caring for children, want more help – and better tools – to keep the children in their care as safe as possible when they use the Internet. The Children’s E-Safety Commissioner will be a single point of contact in the federal government for online safety issues for children.”

“When a child falls victim to cyber-bullying, it can be hard to get the harmful material down fast. And with current laws, cyber-bullies may not realise they are breaking the law. This is what these measures are designed to address,” Fletcher said. “I encourage all with an interest in online safety for children to respond to this discussion paper,” Mr Fletcher concluded.

The discussion paper (available online in PDF format) seeks public comment on implementation of these measures, with many key issues needing to be determined, such as what constitutes a ‘large social media site’; who can make a complaint; and what is a reasonable time frame for the large social media site to respond. The government also wants comment from large social media sites about making the scheme efficient and low cost for them to comply.

Various options for all of the measures being considered by the Government are considered in the discussion paper.

For example, the proposed children’s e-safety commissioner could be established as an independent statutory authority or as an independent statutory authority with administrative support from an existing government agency. Alternatively, a member of an existing regulator such as the Australian Communications and Media Authority could be designated as the commissioner, or such duties could be handed to a non-government organisation.

Existing measures are in place which aim to deal with the issue of having offensive material removed from social networking sites, but the discussion paper notes that commentators have expressed the view that the occurrence of cyber-bullying is not adequately addressed by current measures.

Similarly, existing provisions in criminal law can be considered to cover cyber-bullying, but the Government is investigating whether it would be appropriate to extend those or create new offences specifically to deal with the issue.

I feel that the Government’s approach in this area neglects to take into account the fundamental nature of technology and the Internet as an ungovernable force. If a parent forces Facebook to take down offensive material about their child posted by bullies at their school, for example, there is nothing to stop those bullies posting that same material on a different site — even their own site, hosted in another jurisdiction such as Russia.

The Federal Government can create as many new laws and children’s e-safety commissioners as it wants — but it cannot escape this fundamental truth. Neither can it escape the fact that existing laws, in areas such as defamation, for example, are already capable of handling the dissemination by Australians of offensive material online.

Sites such as Twitter and Facebook have long had mechanisms for flagging offensive content online and having it deleted. The mechanisms don’t work perfectly, and sometimes they don’t work at all. But it is in the implementation of these technical mechanisms by these sites at the demand of their own users — not by Governments — that much of the solution to these problems can be found.

Much of the rest of the solution relies on ordinary Australians understanding that the Internet is not print media. It is not television. It is not radio. It was not designed to be controlled and governed like these mediums, and it has resisted every attempt to be controlled thus far. I feel that as a culture, we had better toughen up and get used to this fact. Because jurisdictions all around the world have consistently found it ineffective to try and regulate the Internet in the way that the Government is proposing today in its e-safety discussion paper.

I don’t say that the Government’s motivations here are not laudable. They are. Protecting children is always laudable. However, what I am saying is that its actions in attempting to meet those aims will not be effective. And that raises the question of why it’s trying in the first place. My suspicion is that, as is usually the case when Governments try to regulate the Internet, that these actions are being taken on the basis of the concerns of a small number of dedicated interest groups in this area: Interest groups which have consistently shown little interest in the practicalities of implementing control over the Internet. Ideals are nice … but when it comes to the Internet, reality has always triumphed.