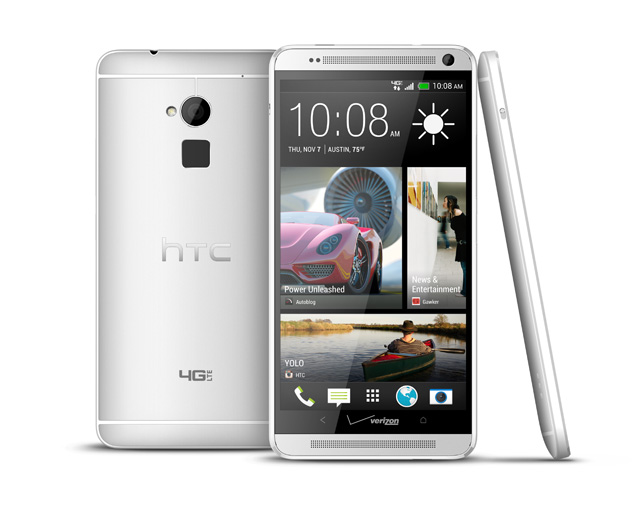 blog Are you a fan of HTC’s flagship smartphone, the One, but not quite satisfied with the device’s already large 4.7″ screen? Then you’re in luck, because HTC has just launched virtually the same model, but with a much larger 5.9″ screen, in Australia exclusively through Telstra.

The full specifications for the model are available online. It comes with a 1.7 quad-core CPU (Snapdragon 600 model), support for 4G speeds on the 1800MHz networks used by Telstra, Optus and Vodafone, a microSD card slot, total on-board storage of 16GB, 2GB of RAM, NFC, one of HTC’s UltraPixel cameras, a 2.1 megapixel front-facing camera, and a 3300mAh battery. And of course, there’s that huge, gorgeous screen; at 5.9″, the Max’s screen is a little larger even than the screen on Samsung’s Galaxy Note, which tops out at 5.7″.

You’ll pay a lot for the smartphone, however — $816 outright if you buy it through a Telstra store, or you can get the HTC One Max on a Telstra $80 per month business or consumer plan for an additional $4 per month on a two year plan. For that money, we’d recommend holding off. This does look like a fantastic model, but we’re not sure the price is justified when you can pick up a Nexus 5 for just $399.