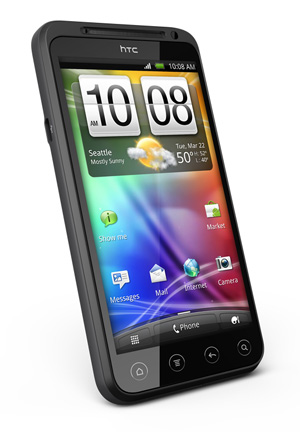 Telstra this morning announced that from September it will be entering the multi-dimensional world; offering its first 3D smartphone, the HTC EVO 3D (pictured).

A first for Telstra, the 3D-capable phone features a 4.3″ touch display which is capable of displaying 3D content without glasses, a 1.2GHz dual-core processor, two 5MP cameras (both of which have autofocus and allow for full 3D image and 720p video capturing) and 1GB of internal storage. The phone runs the latest edition of Google’s Android operating system, Gingerbread, meaning it also supports Adobe’s Flash Player — a key criticism of rival Apple’s iPhone, which lacks support for the standard.

It’s not the first 3D-capable smartphone to launch in Australia. Earlier this month, Optus announced it would be exclusively making the LG Optimus 3D available on its network.

From today, those interested in purchasing an EVO 3D device can register their interest for the phone although Telstra won’t reveal pricing at this stage, instead preferring to hold off until closer to the September launch.

The telco also confirmed that T-Life stores across Australia are now stocking the highly anticipated Samsung Galaxy S II and Sony Ericsson Xperia neo handsets. While the availability of the Galaxy S II on Telstra’s network was announced last month, the telco held off launching the device — billed as one of the only “real” iPhone competitors – until today.

It features a 1.2GHz Dual-Core processor, has a width of just 8.49mm, 16GB of internal memory, 4.3″ Super AMOLED touch display and 8MP camera and is available on the $59 Freedom Connect plan with $20 of mobile repayments per month over 24 months with 1.5GB of data for consumers, as well as on a $79 business mobile maximiser plan with $15 of phone payment per month over 24 months and 2GB of data, or purchased outright for $840.

The Android-powered neo meanwhile is also now available for purchase, with Telstra maintaining exclusivity of the smartphone for the first three months. It features a 1GHz Qualcomm Snapdragon processor, has a weight of 126 grams and has built-in HDMI support.