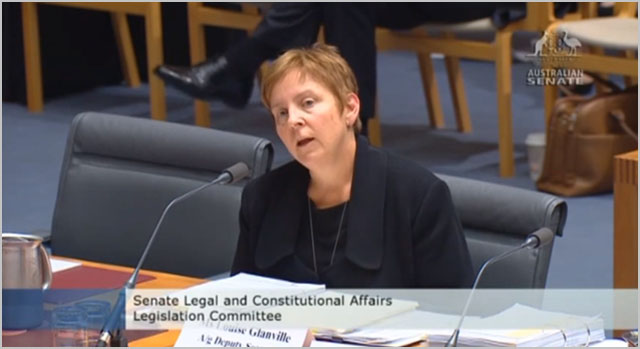 news Representatives of the Federal Attorney-General’s Department yesterday claimed the department had removed PDFs previously published on its website as part of its Freedom of Information disclosure log because they did not meet web “accessibility” guidelines and were hurting the website’s overall accessibility rating.

Under the Freedom of Information Act, all government departments and agencies covered by the legislation must provide a way for the public to access documents which any party has requested under the legislation. This means that if individuals make FoI requests of government organisations, that that information will eventually reach the public domain and be accessible to all.

Almost all Federal Government organisations — including some government business enterprises such as NBN Co — interpret the act to mean that they must publish documents released under the FoI act in a disclosure log on their website. The Attorney-General’s Department, which contains FoI oversight as part of its portfolio, has historically done this.

However, the department recently removed PDF documents relating to FoI requests from its website, forcing those seeking access to the documents to email or otherwise communicate with it directly. This has substantially reduced access to a number of sensitive documents.

For example, Delimiter recently requested documents which the department released in September relating to its controversial data retention policy. The documents had previously been released and commented on by Australian media outlet Crikey. The department sent hard copies of the documents — consisting of several hundred printed pages — to Delimiter via post.

Asked about the issue in a Senate Estimates hearing last night (YouTube video), AGD acting deputy secretary Louise Glanville claimed the documents had been removed from the department’s website for “accessibility” reasons.

“Under Section 11C of the Freedom of Information Act, departments are able to define their disclosure log by releasing different ways,” Glanville told Greens Senator Scott Ludlam. “The Attorney-General’s Department has made a change in the way it does that, although still complying with section 11c in the Act, which is publishing on the website other details of how the information may be obtained.”

“The reason why that change was made is that the documents as they existed on the website were — it’s a technical answer — in a PDF format and because the PDF format is not accessible to all of the population that may choose to use them, that would have downgraded our overall website accessibility rating … The decision was made as a consequence that that the PDFs were having an impact on our overall accessibility rating of our website, particularly, for example, for people with disability,” added Glanville.

The department’s website currently states: “The Attorney-General’s Department is committed to upholding the Web Content Accessibility Guidelines (WCAG) 2.0. Work is underway across the Australian Government to achieve compliance in line with the Web Accessibility National Transition Strategy.”

The Attorney-General’s Department is known for its tough reputation when it comes to making information about its operations public. In previous hearings before Senate Estimates committees, officials from the department have been very reluctant to provide details about the department’s operations on many fronts, even under direct and specific questioning. It is common for the department to hold secretive meetings with various parties without any public disclosure, and for details of those meetings to be censored when they are requested under Freedom of Information.

The issue of FoI with respect to the Attorney-General’s Department is particularly pertinent for technologists because the issues the department is working on — with respect to copyright reform, Internet piracy, data retention and telecommunications surveillance — are key issues of interest for Australia’s technology sector. The department often publishes FoI documents relating to these issues.