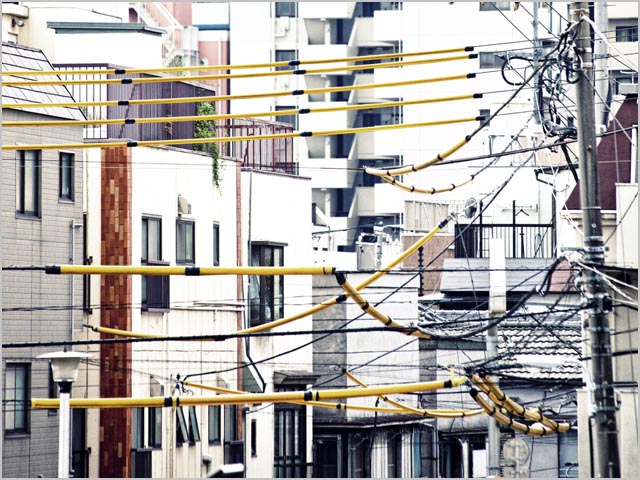 This article is by Matthew Sorell, Senior Lecturer, School of Electrical and Electronic Engineering at University of Adelaide. It originally appeared on The Conversation.

analysis Recent reports in The Australian call for the National Broadband Network (NBN) rollout to be sped up by using optical fibre strung overhead with power lines, rather than replacing Telstra’s copper network underground.

This idea is not new and it would result in the rollout reaching more homes sooner. This method would also be cheaper in the short term, but would be unlikely to stand the test of time. There are other options, though, for a sooner-cheaper-faster NBN. How do they stack up? There are two technical considerations for the NBN:

What are the options?

But the copper cable doesn’t last long – the insulation degrades, joints disintegrate, and water in the conduit shorts out the connection. The performance of DSL, which is stretching the life of the copper well beyond its engineering specifications as a voice telephone connection, degrades over distance.

For copper to be a serious contender, you need a high-quality cable, regularly maintained, and replaced every ten years or so.

The highest speed versions of DSL, known as very-high-bit-rate digital subscriber line 2 (VDSL2) or, more formally, as ITU-T G.993.2, can reach 100Mbit/s within 300m of an exchange, or a street-side cabinet (so-called Fibre-to-the-node). There are further noise cancelling technologies being considered, known as vectoring, which might improve the reliability and reach of VDSL2.

This technology isn’t ready yet, and it’s only being pursued seriously by one equipment maker – Alcatel-Lucent. VDSL2, with or without vectoring, could take us to perhaps 2025. That’s a generous assessment, assuming that there is sufficient demand to justify ongoing development, and that Alcatel-Lucent’s engineers can deliver. Beyond that, copper is out of the race, even for that final 300m from the so-called node on every other street corner to your home.

DOCSIS over Hybrid Fibre Coax (Cable TV)
If you happen to live in an area where you can get cable TV, you have the option of Data Over Cable Service Interface Specification (DOCSIS). This technology takes the existing cable TV network, an optical fibre to a local node, and delivers an internet connection over the shared copper cable, with a current maximum capacity of 400Mbit/s.

However, that capacity is shared by all your neighbours, which is fine until you all decide to stream video on demand. On the positive side, the infrastructure is already in place, even if it is a thick, high visual impact cable strung low on power poles.

Broadband over power lines (BPL)
Since (almost) every home is connected to the electricity power grid, it makes sense to think about whether an internet connection could be delivered over the same wires as your power. The short answer is yes, but the longer answer is not very well.

Aurora Energy in Tasmania abandoned trials of this technology in 2007. One of the many big problems is that power lines act like a big antenna, and high-frequency broadband signals just radiate away as a radio signal. On the positive side, delivering an internet connection around your home using the domestic electrical wiring is a very effective way to save rewiring costs.

802.11 (Wi-Fi)
Wi-Fi is a tethering technology – it’s great around the home or the office, and it’s even pretty good in cafes and on the streets of hip cities such as Adelaide. It does not pretend to be a technology which can deliver high capacity internet to many users at a time.

4G Cellular
Cellular networks have come a long way, from the old voice systems of 30 years ago to technologies which today could deliver over 100Mbit/s to be shared by users serviced by one cell. Cellular technology is a critical part of the pervasive internet-connected future – it’s how you connect to the internet on the bus, in your car, on the street.

But it will never have the capacity to meet total demand. History shows cellular systems can only deliver a few percent of the capacity in any given urban area, and at a high cost, with the rest relying on wired technology.

Worldwide Interoperability for Microwave Access (WiMAX)
While cellular systems can’t cope in dense urban areas, wireless technology is the most cost-efficient option in low-density areas. A few tens of homes within a 50km radius can share a high-speed connection of 1Gbit/s and get quite reasonable performance.

In higher density areas, the footprint of a WiMAX cell can be decreased to target the connection to a sufficiently small number of homes, but you reach a point where a wired connection is more cost efficient, higher speed and reliable.

Geostationary satellite
In really remote areas, where population density is measured in tens of square kilometres per inhabitant, no Earth-bound technology is going to deliver a high speed connection. Even using a point-to-point microwave link, you would be lucky to get 2Mbit/s, and that’s with dedicated towers, with repeater transceivers, to deliver to a single premises.

The only viable solution is satellite, but this brings with it issues of signal delay (latency) which can affect users’ experiences in two-way communications such as video-conferencing and gaming.

Fibre to the premises (FTTP)
Much has been written elsewhere about the capabilities of optical fibre, so it is sufficient to mention here that a fibre connection to your home can easily, today, deliver up to 100Mbit/s. The only thing stopping you getting a 1Gbit/s connection is the priority of connecting your neighbours along with you, but if you are willing to pay, that high speed connection can be made. Optical fibre is the only known viable technology beyond 2025. The only justification for considering anything else in the meantime is to buy us time.

There is a lot to like about relying on power lines. The fibre is electrically inert, so it can be simply clipped to a power wire. Unlike the thick, low-hanging coaxial TV cables of the past, which had to be strung much lower on the pole for electrical safety, the fibre barely adds to the visual impact of the existing power distribution network. Where it is technically feasible, it’s a great idea, and it is already widely used.

But there are two problems.

First, local councils have still not recovered from the bitter experience of the unsightly deployment of thick, ugly, low-hanging television cables. Convincing any local development authority that this is not the same thing is going to be a long and painful exercise.

Second, some areas have underground power cables, and in those cases you are better off feeding the cable through the telephone line conduit. Putting the fibre into the telephone wire conduit is, undoubtedly, a better long-term solution from the perspective of reliability and achieving the end game of forcing the retirement of copper.

The plain old telephone copper cables started their deployment strung from pole to pole, and it was many decades before the vast majority found their way underground. Now that we have a network of underground conduit, it makes perfect sense to deploy optical fibre underground, pulling out copper as we go. The fibre is protected from the weather and resilient when water gets into the conduit.

All of which would be fine if we were trying to minimise the total cost over 50 years. If, instead, we want to get as many customers connected as soon as possible to start generating revenues, we might do better by spending more in the long run, but cutting back peak funding.

The Tasmanian solution
Tasmania’s assertive push to keep up deployment of optical fibre, and make it cost effective by using overhead rollout, makes a lot of sense. In urban areas, no other technology has a feasible lifetime beyond 2025, and many of the existing broadband technologies are already obsolete with no hope of evolution. It will work for the vast majority of urban areas.

If NBN Co is empowered with the task of convincing planning authorities that this is not the cable TV fiasco all over again, 93% of us just might get optical fibre after all.

Matthew Sorell does not work for, consult to, own shares in or receive funding from any company or organisation that would benefit from this article, and has no relevant affiliations. This article was originally published at The Conversation. Read the original article.