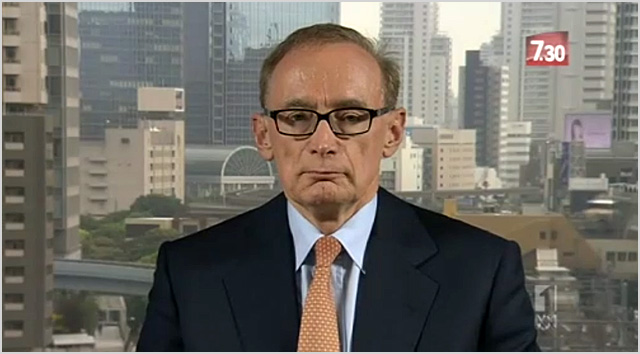 blog I don’t know quite how we’re supposed to take this — is it a joke? A hoax? Could the Russian KGB really be this incompetent? But it’s being reported as news, so here we go. According to massive Italian newspaper Corrierre della Sera, through the Daily Telegraph in Australia (we recommend you click here for the Daily Telegraph’s version, as it’s not in Italian), at the recent G20 Summit in Russia, the country gave G20 leaders, including then-Foreign Minister Bob Carr, USB keys which included spyware:

“EU Council president Herman van Rompuy raised the alert after arriving back in Brussels and getting security and intelligence experts to analyse the devices. That investigation found that they were bugging devices.”

To be blatantly honest, I find this story incredibly hard to believe. Would Russia really want to cause offense to 20 of the world’s most powerful political leaders? If it truly was interested in spying on them, why would it do so in such an obvious way? If this story is actually true, was it merely an elaborate satirical comment on the controversial spying activities of the United States’ National Security Agency? Certainly at the G20, there were tensions between Russia and the US over the fact that Russia is hosting NSA whistleblower Edward Snowden.

One thing which makes me suspect the story is false is that the photo of the USB key provided by the Daily Telegraph is a shot of an extremely common model, which I’ve been handed dozens of times by technology vendors with press releases and images attached. These things are mass-produced in places like China and very basic — companies just buy them in bulk and slap their logo on it. There’s not a lot of space inside for bugging equipment. I would have thought Russia would have developed a more customised model if it was serious about this kind of spying effort … but then, maybe that was the whole point — making the thing look mass-produced.

We truly live in a mad, mad world. You just have to laugh — because if you didn’t, you’d cry. This has to be one of the most bizarre stories I’ve ever covered on Delimiter. And I doubt we’ll ever find out the whole truth here.

Image credit: Screencap of 7:30 broadcast, believed to be covered under fair use