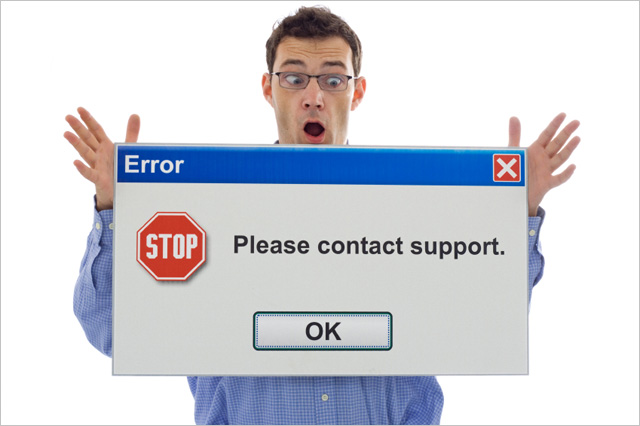 news The South Australian Government’s Auditor-General has delivered a harsh dose of reality to the state’s Labor administration over its contentious shared services project, pointing out that the project is not delivering the savings promised, despite more than half a decade of sustained effort on the initiative.

In a new report to Parliament published this month (PDF) and first written about by iTNews, South Australian Auditor-General Simon O’Neill noted that the Shared Services initiative originally aimed to save $130 million in costs. However, as at 30 June this year, the project as a whole had already spent $84.5 million — $24.5 million more than was initially allocated in the project’s budget of $60 million — and savings had not yet eventuated.

“… the cost of reform has exceeded savings achieved through the shared services reform process,” wrote O’Neill in his report.

However, there is light ahead in the tunnel for the State Government, with the auditor noting that if the currently budgeted results were achieved, all implementation costs associated with the program would have been recovered by cost savings by the 2014/15 financial year, and that by the end of the 2016/17 financial year, total savings of $56.9 million “over and above the costs of implementation” will have been made.

“This indicates the savings benefits of the shared service reform process can be substantial,” O’Neill wrote, “even though it has taken several years to realise and much longer than anticipated when the reform process first commenced.”

“As reported last year, the original significant savings targets anticipated from the SSSA initiative have not been met and this has been recognised through a number of downward revisions of these targets through the budget process across several years,” he wrote. “Various delays in implementation of reforms have also contributed to the need to revise the budget. While the implementation of SSSA has recorded significant savings, the major measure for effecting savings has been the direct reduction of agency budgets. While the costs of implementing the reforms will be recovered, this will occur over a longer timeframe than was originally anticipated.”

“The return of unspent implementation funding for SSSA may indicate that the Government considers that the reforms are substantially complete. I am of the view that there is still considerable reform required in terms of system and process rationalisation. In 2011-12 SSSA proposed various reform strategies which were not fully approved. Although some funding was provided it is clear that future reforms and business improvements will need to be funded through the normal operating activities of SSSA with future savings being directed towards funding these improvements should suitable business cases exist.”

“When the Shared Services project was originally approved in 2007/08, implementation costs were approved at $60 million and there were going to be annual savings of $60 million a year from last year and continuing into the future,” Lucas said in a statement back in June 2011. He stated that in evidence to the state’s Legislative Council Budget and Finance Committee, several treasury officials had stated that implementation costs were actually $128 million — $68 million above the original $60 million planned.

“Shared Services initiatives in other states like Queensland have already been shelved due to serious cost/saving problems,” said Lucas at the time.

Progress, but IT project governance a weak spot
The Auditor-General’s report this week also highlighted the fact that major technical advances had been made with South Australia’s Shared Services Initiative. For starters, e-procurement has been implemented for all agencies, with the exception of the Health and Ageing sector, which is awaiting the implementation of an Oracle system before it can go ahead.

The state has developed a payroll reform strategy to upgrade the CHRIS system used by most agencies, and it is expected that the planning phase of that strategy was to conclude in September this year. In parallel, negotiations have been taking place with the system’s software supplier Frontier to establish a new contract and for the system design for the planned upgrade to version 21 of CHRIS. The state has also developed a financial services systems reform strategy, as well as having commenced work on a business case for accounts receivable reform.

However, Auditor-General O’Neill also noted that project governance on major IT projects continued to be an issue.

In particular, the auditor highlighted the case of SA Health’s Oracle Corporate System project, an initiative which kicked off in July 2010 and aims to replace the department’s general ledger and financial systems with a whole-of-health integrated system. The implementation was initially planned to be finished by November that year, but has not yet been finished.

The original cost of the program was supposed to be $22.9 million. However, a Cabinet submission approved in December 2012 estimated that the total implementation cost was at that stage estimated to be $62 million.

According to that cabinet submission, problems suffered by the project include the earlier rollout phases having insufficient investment in user adoption (change management and training), an underestimation of the magnitude of the change and work required to standardise historical practices and processes, and an inadequate cleansing of data on conversion from the legacy systems into the new Oracle system. In addition the original ICT technical specifications and costing did not meet the technical demands of OCS when fully installed to all sites. This therefore required the upgrade of servers, disk, operating systems and data networks that underpinned the OCS database and application programs.

The December 2012 Cabinet submission highlighted that improvements were also required in a number of project management areas, according to O’Neill. These included project governance, change and risk management, stakeholder engagement, project reporting, and management of dependencies across key initiatives including the new Oracle system.

Worse than the delays and cost overruns is the problem that the timing of the full Oracle rollout will affect the expected delivery of benefits to SA Health’s Enterprise Patient Administration System project and the reduction of the Shared Services Agency’s accounts payable service costs. The auditor added that the Oracle Corporate System is also considered to provide a solution to the new Royal Adelaide Hospital that will operate on close to a just-in-time basis – a requirement that cannot be met by the current legacy systems.

“The timely and effective implementation of ICT system projects is a matter of ongoing concern,” wrote Auditor-General O’Neill.

The issues with the Shared Services project and the new Oracle platform — among other major IT projects mentioned in the auditor’s report — come as virtually every State Government around Australia is suffering problems with ICT project and service delivery, especially in the area of corporate IT systems delivery and IT shared services.

In November 2011, for instance, Victoria’s Ombudsman handed down one of the most damning assessments of public sector IT project governance in Australia’s history, noting total cost over-runs of $1.44 billion, extensive delays and a general failure to actually deliver on stated aims in 10 major IT projects carried out by the state over the past half-decade.

Similarly, Queensland’s first whole of Government comprehensive ICT audit found in June that ninety percent of the state government’s ICT systems were outdated and would require replacement within five years at a total cost of $7.4 billion, as Queensland continues to grapple with the catastrophic outcome of years of “chronic underfunding” into its dilapidated ICT infrastructure.

opinion/analysis
State Government problems with IT shared services projects and delivery of corporate IT systems? Concerns being expressed by the Auditor-General? Who would have thought it? This is very much normal for an Australian State Government. If anything, the problems being seen here in South Australia, serious though they are, are actually less dire than those seen in other jurisdictions. Whether this means that there are actually less problems or whether it merely means the problems have not been exposed completely … well, I leave that up to SA Government technology workers to clarify.