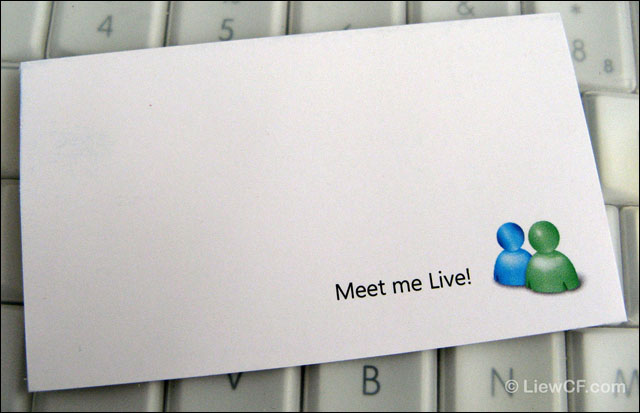 blog It seems like only yesterday that Telstra first confirmed it was interested in dumping the email, blogging, photos and online storage platforms used by customers of its BigPond division and migrating customers to Microsoft’s Windows Live platform. It was just three years ago when the idea was first proposed, and 18 months since the big T confirmed the idea was to go ahead. However, according to several articles this week, Telstra isn’t so keen on the idea now after all. ZDNet reports from the sidelines of the telco’s AGM yesterday (we recommend you click here for the full story):

“Telstra CEO David Thodey said in the company’s annual general meeting on Tuesday that the decision to move the company’s BigPond customers to Microsoft’s Windows Live email service is not performing as well as anticipated.”

And iTNews has a story stating that the migration never actually went ahead. We also recommend you click through for that one.

To be honest, personally I never saw this move as a winner for anyone — customers, Microsoft or Telstra itself. If you look at the way customers used to use the email addresses supplied by telcos, it becomes pretty apparent that they were only using those email addresses because there wasn’t really any other option.

But over the past decade, as free alternatives such as Gmail, Hotmail and YahooMail have been developed that just offer much better functionality, as well as independence from the infrastructure of any specific ISP, customers have moved away from using ISP-based email addresses. I operate a very large email database of Delimiter readers, and I rarely see ISP-based email addresses any more.

Telstra’s attempt to shift its massive email database to Windows Live was an attempt to get rid of the burden of maintaining those legacy accounts, as well as probably gaining some financial value from Microsoft for a swathe of new customers. However, along the way there would be a whole host of technical challenges. Windows Live was never really set up for the kind of mass migration which Telstra tried with it, and I know the move annoyed quite a few customers.

If I was Telstra, what I would be trying to actively do would be to shut down as many of those email accounts as possible, offering customers the option to register an email address with it instead for bills to be sent to. The company might even want to start charging those people who still want to maintain their BigPond.com email address. Telstra really should not, in 2013 and beyond, be in the business of providing email to people. Email is a commodity business which no ISP should aim to be in.

Of note is that iiNet suffered similar problems when it tried to shift its own customer email accounts into Zimbra.