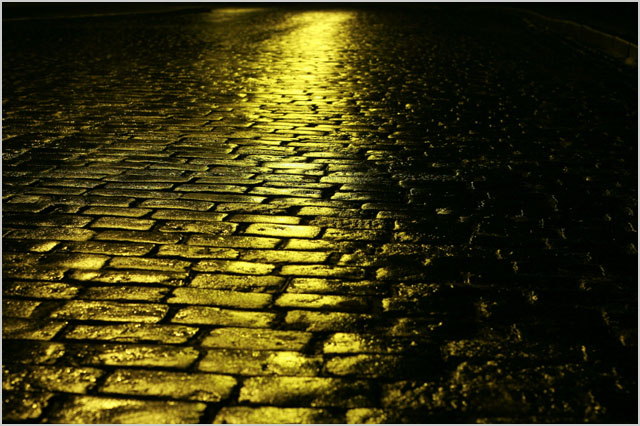 analysis Something that scares me enormously is the house of cards that many (if not most) governments have built with their IT systems. It can be witnessed every time government agencies get ‘MOGed’ – Machinery of Government changes where parts of agencies are shifted to other agencies to meet the latest political whim.

In these cases it’s not simply a matter of moving tens, hundreds or even thousands of public servants to new offices – in fact in many cases they may not move at all – it is about extracting them from the secure environment, software and network systems of one agency and connecting them (including all their historical records, emails and files) to the network and software of another.

This is a hugely complex and increasingly expensive exercise that can have an enormous productivity and cost hit each time it occurs.

Why is it complex and expensive? Because every agency uses different systems – or different versions of systems – and agencies are now so wedded to these systems after a purchase decision many years earlier that, even though senior bureaucrats recognise the issue, they can not address it without a complete (expensive and time-consuming) overhaul of how government runs its information technology.

Another example is eTax. While I have a great deal of praise for eTax, and it has been very successful by most measures, when the system was originally procured and built it was done in such a way that limited it to the IBM-PC platform. Certainly no-one can blame the ATO for not foreseeing the rise of Apple or the arrival of smartphones and tablets – however the decisions made at the time locked the system into a single platform, which has caused significant pain over the years.

Other examples include the Department of Finance and Deregulation’s choice of a document management system as a Web Content Management System for www.australia.gov.au, an entirely appropriate decision at the time based on their well-governed procurement approach, but which led to delays and cost blowouts, constraining the site from what it could have become.

A better known example would be the failure of the Queensland Health payroll system several years ago, where an enquiry is still ongoing. It even has its own website – www.healthpayrollinquiry.qld.gov.au.

Indeed, there are hundreds of examples both big and small, where this has occurred – a decision has been taken with the best possible knowledge at the time, or small incremental decisions have been taken over time – all for the right reasons – which have inadvertantly led into blind alleys or very expensive remedial work years later.

And lest you think this is an issue only for the public sector, consider the disaster that was Telstra’s bill payment system, the issues our largest banks have had keeping their systems operating, or Virgin’s booking system.

With the pace of change accelerating and the increasing limits on public sector employment, the likelihood is that these types of issue will continue to grow and plague IT, becoming even more widespread and expensive.

Agencies could increasingly find themselves trapped into slow and inefficient systems, restricting staff productivity and absorbing more and more of their resources to maintain, with no funds to ‘jump tracks’ to more future-proofed solutions.

This can even affect the performance of elected governments – who may be forced to change their policies to fit IT limitations. I am already aware of government initiatives that have had to be abandoned (never having seen the light of day) not because they were bad ideas but because the IT constraints in government make them impossible to cost-effectively deliver.

This isn’t the fault of public servants or of politicians – seeing that far into the future simply isn’t possible anymore. Technology isn’t progress linearly and the accelerating rate of change means left-field technologies can appear and radically transform peoples’ expectations and strain existing IT systems within a few years (remember the iPhone).

There’s many more of these technologies emerging around us. For example 3D printers, capable of printing anything from kitchen utensils to medical devices to firearms, disintermediating physical manufacturers, opening a new front in the ownership of intellectual property and providing access to deadly weapons. There’s also unmanned aerial vehicles (UAVs), drones that are capable of live-streaming video, or even carrying weapons, that can be bought online for a few hundred dollars and flown with limited chance of detection by individuals or corporations.

Many others technologies from Google Goggles to driverless cars are in development and could, in increasingly shorter timeframes, radically transform societies.

So when government agencies are still struggling to manage and maintain their legacy green-screen mainframe systems, out-dated (insecure and unsupported) web browsers, where they are locked into increasingly expensive proprietary technologies (due to the cost and resourcing required to migrate – even changing email systems can cost our largest agencies $100 million or more), what are they to do?

There’s little time for innovation or for thinking of consequences – the majority of resources in an agency’s IT team are committed to maintenance and quick patches on existing solutions. The likely outcome over time is that we’ll start to see more catastrophic IT failures – particularly across the most complex and most essential systems – such as welfare, payroll and grants management.

So how do we fix this? How do we break the cycle before the cycle breaks us? There’s no simply solution, but there’s fortunately some trends which work for government agencies facing this challenge – if they’re prepared to consider them.

A big area is open source software, which is increasingly being used by agencies in a variety of ways. While open source can run into the same issues as proprietary software, a platform with a large and diverse group of users can combine their IT assets to ensure the system is more useful to agencies and more rapidly updated as the world around it changes.

Another area is cloud-based solutions, which allow a government to more rapidly reconfigure itself to meet the needs of political masters. When software is independent from computer systems and there’s a government-wide secure environment which can host software approved for use it can be far faster and cheaper for people moving agencies to retain the files and applications they require.

There’s open data – which when made available in machine-readable formats liberates the data from proprietary systems and simplifies how it may be discovered and reused by other agencies (as well as the public).

These trends do not allow governments to replace all their existing systems – however they allow agencies to contain the problem to critical systems, which allowing all other services to be done ‘in the cloud’. Imagine, a single email system and intranet across government. A web-based suite of office tools, graphic design tools, finance and HR tools – which can be managed centrally within a government, leaving agency IT teams to focus on the unique systems they can’t share.

What does this vision take? Intention, planning and choice.

Governments that fail to proactively and intentionally plan their futures, who simply live on autopilot, will inevitable crash – not today, not tomorrow, maybe not in five years, but eventually – and the damage that their crashes will cause may take decades to recover from.

So for agencies who see themselves as being a continuous entity, with an existence that will exist as long as the state they serve, it is imperative that they plan intentionally, that they engage their Ministers and all their staff in understanding and addressing this issue.

It is not good intentions that will cause agency IT to fail, it is the lack of intention, and that is highly addressable.