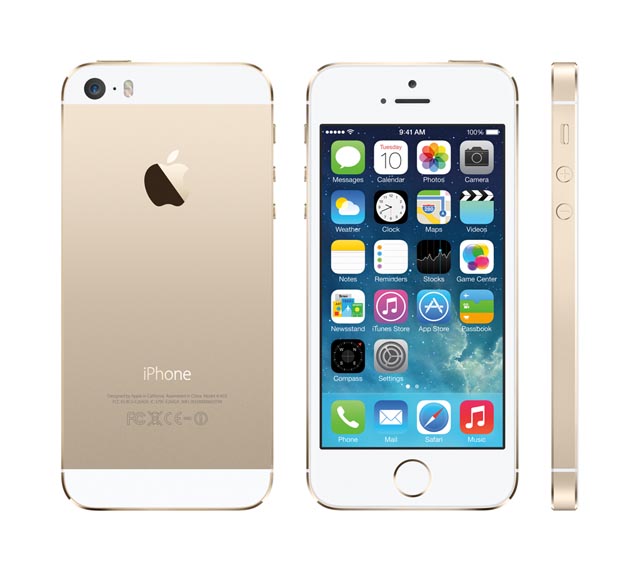 This article is by Jason Downs, associate lecturer in Strategic Management for the School of Management at RMIT University. It originally appeared on The Conversation.

analysis Game theory is a branch of strategic decision making that tries to predict how players in any strategic game are likely to act. It can be applied in many situations and it can also help to explain what is going on with the hoopla around the release of the new iPhone today.

5S pricing was released by all carriers last night. Not surprisingly, there are no deep discounts on the handsets. (The variations in pricing seen on websites this morning are mostly based on variable pricing of the data plan components.)

However up until this morning the telcos were only offering the pricing structures for the iPhone 5C. Why not the 5S? It turns out that they are playing a strategic game of cat-and-mouse with each other. Here’s how.

A couple of versions of the iPhone have been released: the 5C and the 5S. Each version will come with different capacity to store data (apps, music, photos etc) but otherwise the functional differences are relatively small. Buyers choose either the cheap looking one (the 5C) or the fancy looking one (the 5S). When the product doesn’t have much functional differentiation, the suppliers don’t have much power to split out pricing in a way to divide the market.

The next thing to understand is the relative standing of the networks when it comes to handset subscriber marketshare. Telstra is the front-runner with the largest share, Optus occupies second position (but are not far behind) and Vodafone bring up the rear with some clear water between them and the other two.

Vodafone has had significant problems with their network in the past and as a result subscribers have been bleeding away and going to the other providers. One of the ways Vodafone could reverse this would be to offer subsidised handsets and win back marketshare. Is this likely? No.

The reason is because the big telcos are acting rationally and have an eye on overall, long-term profitability of the game rather than trying to make a quick buck on this release. Each of the players in the game have now developed an understanding of the (tacit) rules of that game because they have each participated in previous releases. It’s rational to assume that each player wants to maximise their returns.

The telcos are betting a large portion of the Australian market will upgrade to the iPhone 5S, rather than the 5C. They figure the Australian economy has done reasonably well and that most Australians who are in a position to buy a new iPhone would rather be seen with one that conveys a positive signal of their personal wealth and standing than one that conveys a less positive status-signal via the cheaper (although functionally equivalent) model.

So now the game is set.

Telstra and Vodafone moved first by releasing their pricing on the cheaper 5C model. This was the safest move because they figure that proportionally less people will opt for this phone due to status-symbol factors. The real game is in the 5S category for which most consumers are likely to opt. The reason why it was important to release the 5C early is it enables each telco to gauge what the likely move of each other is going to be when it comes to releasing the 5S.

If Vodafone had released pricing that indicated it was prepared to offer deep subsidies in an effort to grab marketshare, it could potentially be read by the other telcos that they would do the same with the 5S release. The likely response from the other telcos would be to equally heavily subsidise handsets. The net result would be that the overall profitability of all telcos would be lessened (although the consumers would benefit because they get cheaper handsets).

By releasing pricing of the 5C early and showing that neither is prepared to offer discounts, all players in the game might read that as when it comes to the more valuable 5S market that if they all behave in the same way (no deep subsidies), everyone wins (except the poor consumer, that is).

If Vodafone are desperate enough, it might be a good strategy to advertise that they are not going to subsidise handsets with the 5C and then when they release their pricing on the 5S change strategy, grab a huge part of the market and repair some of the damage that has been recently done in a dastardly double-cross.

There are two main reasons that this is unlikely: First, pricing can start high but be changed quickly. It is likely that Telstra would be able to outlast Vodafone and Optus in a protracted price war. Secondly, this release of the iPhone will not be the last. There will be iPhone6 and iPhone7 and iPhone_N_ – the game has many more future rounds to go. If discounting begins now, the incentive will be for telcos to discount in future rounds too – dooming all players to poor profitability levels.

So what does this mean for the consumers? Vodafone or Optus might offer subsidised handsets for the 5S but that wouldn’t be rational behaviour. They’d ultimately lose in a price war.

Jason owns an iPhone 4S and will probably upgrade to a more advanced model with the next release. Unfortunately he is caught in the middle of a much larger game and will probably have to pay heavily for the privilege. This article was originally published at The Conversation. Read the original article. Image credit: Apple