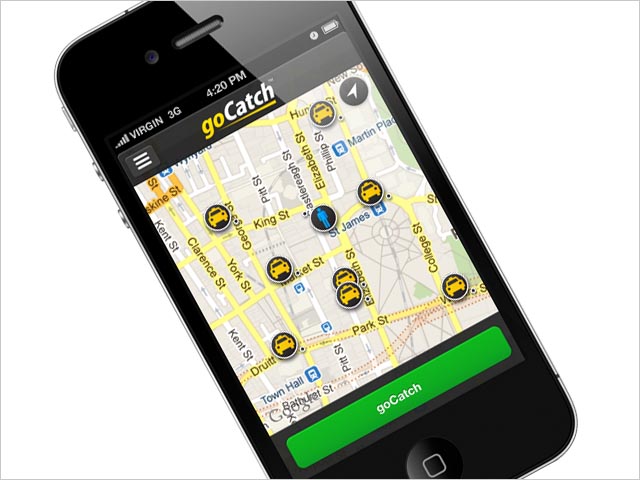 blog The race to reform Australia’s long-dormant taxi industry is on. Taxi 2.0 service Uber, which has been making waves in countries such as the US with its app-based service overlaid on top of the existing taxi system, this week announced a somewhat-free week in Sydney, allowing users up to $60 worth of credit on its service. Meanwhile the service which is emerging as its main local competitor, goCatch, just pulled in a cool $3 million in venture capital. Startup publication StartupSmart reports (we recommend you click here for the full article):

“Co-founder and chief executive Andrew Campbell told StartupSmart the funds would enable them to wrestle a larger portion of the $4.5 billion in taxi fares per year, and to begin expanding overseas … the company currently has over 16,000 registered taxi drivers across every capital city in Australia”

Your writer hasn’t yet tried goCatch, but I tried Uber last night, and I have to say it was a very pleasant experience. You merely load the app on your smartphone (entering your credit card during the process), and then hit a couple of buttons to book one of several types of hire cars, including taxis. You can then see the approaching driver on your map, and get ready when they arrive.

No cash changes hands; the fee is automatically deducted from your credit card after you leave the cab. The only downside was the price — at $40 from the Eastern Suburbs to Sydney’s CBD, it was more expensive than we’re used to paying for taxis. But perhaps that was just last night’s congested traffic due to the rain.

It’ll be interested to test out goCatch over the next few weeks and see how it peforms. Of course, anything would be better than the existing taxi system. Your writer takes taxis frequently due to the nature of journalist work, and the way that most Sydney taxi services work is just terrible. Even if you book a taxi directly, often they don’t come, they come late, or the car is in poor condition when it does arrive. goCatch and Uber look to be taking significant steps to reform that process; and it’s about time.