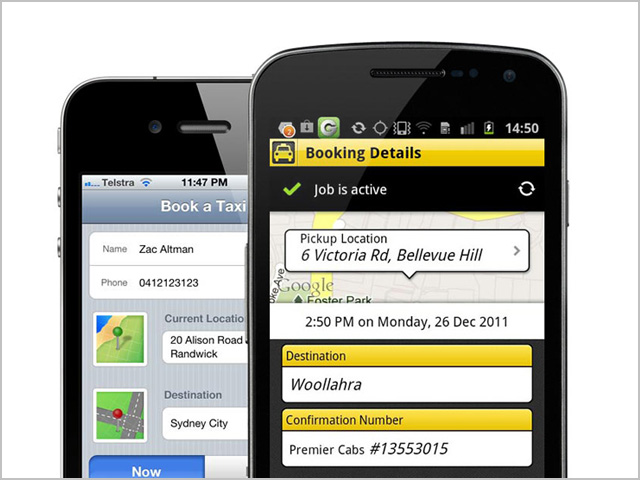 news A 19-year-old Australian developer, Zac Altman has successfully launched an online service for taxi users in Australia focusing on mobile bookings, thrusting himself into an industry worth hundreds of millions of dollars per year.

Taxi Pro released its Android application on 17 December 2011. This won Altman the second place in the Optus’ Unleash Your App competition that invited entries from all over the country. The prize included $1000 in cash and a Samsung Galaxy S II Android smartphone. Apple has featured the application a number of times and it is very popular because of its simplicity. Users in Sydney can book a taxi within 5 seconds, making it one of Sydney’s fastest and most simple taxi booking service.

At present Taxi Pro supports taxi networks in places like Sydney and Adelaide but not in Melbourne, Perth and Brisbane. Efforts are on to cover all these cities and more.

There are many other booking networks that keep cropping up and attempting to make taxi booking simple and reliable. However, according to Altman, this is not as easy as it sounds, requiring a perfect balance in the complicated two-way relationship between the taxi driver and the application itself. Altman’s approach towards taxi booking is to directly connect with the networks while allowing them full control over fulfilling their bookings. This, he says, provides Taxi Pro users with the best booking experience.

Altman says: “Taxi Pro allows users to book taxis, plain and simple. Users don’t need excess features like a taxi whistle or data-heavy maps. They just want to get a taxi and that’s what I care about. You can buy users with advertising but to keep them, you need to provide a great experience. Users keep coming back to Taxi Pro because I provide the best experience.”

The developer says there have been offers to purchase the Taxi Pro application. However, so far he has declined these offers, saying that he prefers to continue nurturing Taxi Pro and working to maintain its popularity in Australia.

opinion/analysis
Great to see a young guy like Altman getting up an app like Taxi Pro and making something of his own straight from high school. It looks like Altman’s part of UTS’ Bachelor of Information Technology scholarship program. I was part of a similar program when I was at the University of NSW back a decade ago, and at that stage there were quite a few people in the program who were getting their own IT businesses off the ground even while they were still students. I think it’s safe to say I wasn’t as savvy back then, or else Delimiter would be a decade old by now ;)

It will be interesting to see what Altman does next; if he’s developed and commercialised Taxi Pro in such a short time, I expect big things from the developer over the next few years.

More pics of Taxi Pro, on iPhone and Android: