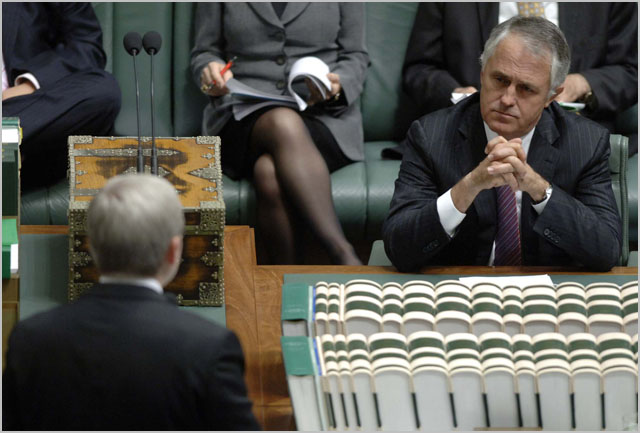 blog Watching last night’s Lateline debate about the National Broadband Network, I have to say, I was really impressed with both sides. Both sides scored valid points during the debate. Communications Minister and Deputy Prime Minister Anthony Albanese was able to successfully push the Federal Government’s point that universal fibre represents the future of Australia’s telecommunications needs and that the Government’s existing NBN project would be able to provide for the nation’s broadband needs for the forseeable future. For the Opposition’s side, Shadow Communications Minister Malcolm Turnbull also performed admirably, convincingly arguing that the Government was out on a limb with its costly and time-consuming fibre to the premises NBN rollout, and that it do better to follow international best practice being used in countries such as the US, UK, Germany and France and pursue a cheaper fibre to the node rollout style that would get next-generation broadband in the hands of all Australians much quicker. However, what concerns me at the moment is not what’s being promised, but what may end up being delivered. As I write on Delimiter 2.0 this morning (paywalled):

“Both Labor and the Coalition have evolved their National Broadband Network policies to the point where, on paper at least, they are viable and would deliver Australians substantial broadband service delivery improvements. But can either side be trusted to live up to their promises? History and analysis of the plans suggest that no matter who wins the election, very little will go as planned.”

I’d like to see some more debate about the project governance credentials of both sides, not the theoretical speeds which FTTN or FTTP can deliver. I’d like to see some more serious consideration given to whether NBN Co will actually be able to deliver what the politicians say it will. And I’d like to see some acknowledgement that this is a massive national infrastructure project, and that all such projects go off the rails to a certain extent. We should be having a more mature debate about the NBN by now — one which moves beyond campaign slogans and into the real world.