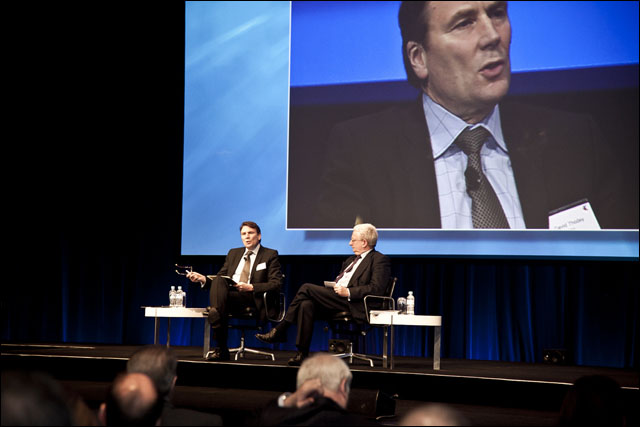 news Wagering giant Tabcorp revealed this week that it had signed a new comprehensive telecommunications services deal with Telstra, in the latest contract the pair have inked in an extensive relationship dating back at least half a decade and covering a wide range of technology services.

“Telstra today announced it has entered into a multi-million dollar, five-year agreement with Tabcorp to deliver mobile voice, data, Application Assured Networking and fixed telephony services to the company in Australia and overseas,” the telco said in a statement this week. “The agreement, which includes an option to extend for another five years, also features access to Telstra’s Next G and Next IP networks, digital video networking and video conferencing technology.”

“Tabcorp’s unique multi-channel distribution model enables customers to transact with us through more channels than any other operator in the country,” Wenn said in Telstra’s statement. “This inherently demands flexibility, reliability and speed-to-market with rich media content distribution. Working closely with Telstra, Tabcorp will consolidate and optimise its technology services as well as create a robust platform to pursue innovative new digital customer portals across online, mobile, media and retail. The new telecommunications infrastructure creates growth opportunities for Tabcorp and will enhance the quality and reliability of our customer experience across our vast distribution network.”

The deal isn’t the first Telstra has signed with Tabcorp over the years. In 2008, for example, the pair inked a similar comprehensive telecommunications deal covering both fixed and mobile communications. And in June 2011, Telstra noted that it was investing some $800 million in cloud computing infrastructure, with one of its foundation clients being Tabcorp.

opinion/analysis
This isn’t really a significant deal, but I wanted to write about it in Delimiter to show how some things just don’t change in Australia’s technology landscape.

What we’re seeing here with this Tabcorp/Telstra deal is very likely merely the latest iteration of a relationship between the pair which has very likely always existed for Tabcorp’s entire corporate history. I note that Tabcorp was originally a statutory body as part of the Victorian State Government, and that it was eventually listed back in the mid-1990’s.

At that stage, there really was no competition in Australia’s telecommunications landscape — there was really only Telstra, with even Optus only being a very young company providing limited services. Virtually every corporation purchased virtually all of their telecommunications services, especially government departments and agencies, which had a very close relationship to Telstra, which was, of course, government-owned back then.

Although some telcos such as Optus, AAPT, Macquarie Telecom and others have taken some of this work away from Telstra over the years (such as this $500 million deal which ANZ Bank signed with Optus back in 2009), the honest truth is that many current and former government entities in Australia have been contracting their telecommunications services to Telstra for decades, and there isn’t much end in sight. I often see these deals go out to tender, and then I often see Telstra returned as the supplier of choice.

Part of this is a logical technical decision. For large Australian organisations, Telstra can still provide the most comprehensive and technically sound telecommunications service in Australia. It just has a bigger network, with more resources, and it’s invested in that network more than other telcos have been able to. I personally, right now, buy all my business telecommunications services from Telstra, because my office can get Telstra HFC cable (but not Optus) and I need the best and most reliable 4G mobile broadband access, which also comes from Telstra. I’ve used iiNet a lot in the past for ADSL broadband.

But part of the situation is also inertia. Competition in business telecoms in Australia isn’t terrible; but it also takes a hell of a lot of effort to switch suppliers. For organisations which have been using Telstra for decades, switching to a rival firm probably looks like a lot more effort than it’s worth. So they put contracts out to tender, but eventually Telstra wins, and things stay as they are.

This is the advantage of incumbency. Telstra’s massive existing relationships with large organisations around Australia give it a huge advantage over rivals, when it comes to business telecommunications services. To beat Telstra, the likes of Optus and Macquarie Telecom have to show that they’re significantly better, because Telstra often has the advantage of having been in the account for decades. There was a time, after all, and it wasn’t too long ago, when the staff of Telstra and Tabcorp were all just happy government public servants together.