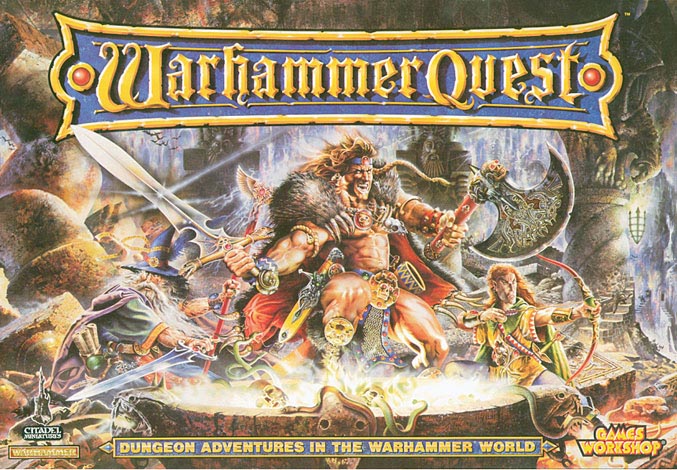 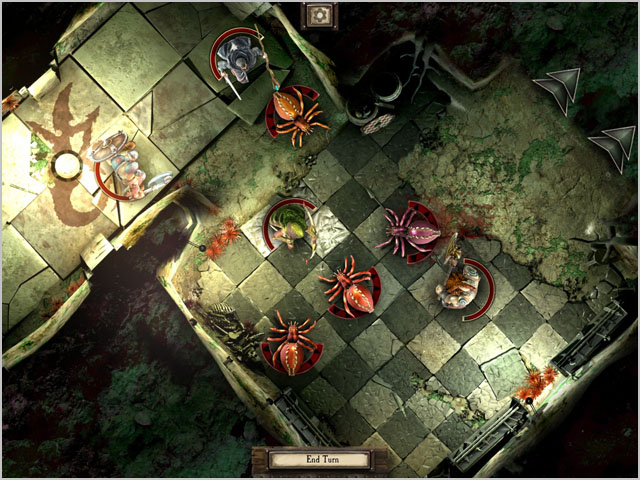 review It has been a while since we’ve had an authentic Warhammer experience. THQ mishandled the license with extreme prejudice, even going so far to publish a game that was a generic action clone with that awful Space Marine game that I’ve tried to purge from my memory.

So as far as the Warhammer franchise goes, it’s probably just as well that it’s been farmed out to far more respectful studios following THQ’s untimely death. First cab off the rank is Rodeo Game’s take on the classic board game, Warhammer Quest for the iPad.

It was always going to be a tough ask of Rodeo to bring this classic to the iPad. The device, after all, has a spectacular lineup of board games already – some of which are far more modern and progressive than the relatively antiquated ruleset that drives Warhammer Quest. But a clear passion for the game and the project helps get them over the line. This is a very enjoyable game by a very talented team.

For people who haven’t done much with Warhammer in the past, this is probably not the game for you, but as a brief summary; Warhammer Quest puts you in command of four heroes who go on a series of delves into randomly-generated dungeons for loot and glory. These dungeons are laden with monsters and traps, and generally quite deadly given that the heroes have limited skillsets and very limited equipment slots. This is a board game, after all, and not a full-fledged RPG, and so combat tends to be quite repetitive but strategic.

At first everything plays nice. Monsters go down with a single swipe and even when they attack in swarms large enough to get an attack back, they do minimal damage. Survival is not an issue. But that doesn’t last long. A couple of dungeons in and the game develops a real bite to it. You’ll be fighting one group of enemies only for a second, even third random group of monsters to spring up and attack. The game will take great pleasure at having enemies attack from behind at take a swipe at your unprotected archer and wizard. Bosses suddenly become genuine threats with lots of hit points and great damage-dealing capabilities. In short, characters will start to die.

This is OK, because it’s in with the spirit of the board game, but I must admit I was disappointed that Rodeo has thrown in a “pay to win” mechanic. Players can spend real money for in-game gold which will give them access to equipment that makes things much easier. They can also buy advanced character heroes at a premium. I would be OK with all of this if it was possible to unlock everything through smart of dedicated play, but the prices for these premium heroes and equipment are well beyond what is reasonable to expect a player to commit to. For a game that’s already carrying a healthy price tag by iOS standards (and yet one that doesn’t quite hit the production values of something like XCOM), this is a little cheeky on behalf of the developers.

But by the same token it’s difficult not to appreciate the love that has been put into the game. The tabletop atmosphere has been recaptured brilliantly, with some lovely chunky sprite work replicating the plastic miniatures that Warhammer Quest players would remember fondly. Animation is kept at a minimum to help preserve that board game style, I suspect. The interface is very clean, though I wasn’t a big fan of the inventory being pulled up by physically switching the iPad from landscape to portrait orientation. That was a little frustrating.

But the main question that has to be asked of Warhammer Quest is whether this is a game that is still worth playing now when the iPad has games like Catan, Puerto Rico and Agricola on it. Those games are the new wave of board games – competitive and strategic while not relying on luck. Modern board game designers understand that the more elements of randomness and luck that you introduce to a game, the greater the potential for it to frustrate.

Warhammer Quest belongs to the old school approach of dice rolls and with that comes the potential for hours of play only to end in failure due to some rotten luck. As well made as this game is, it really does struggle to break away from the feeling that this game belongs to a genre that we’ve all moved on from.