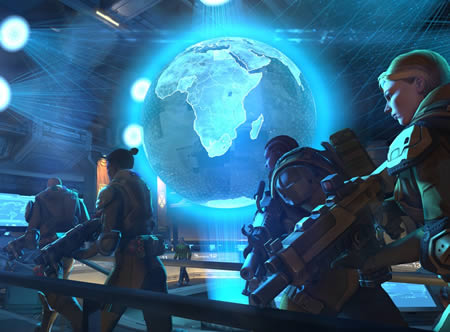 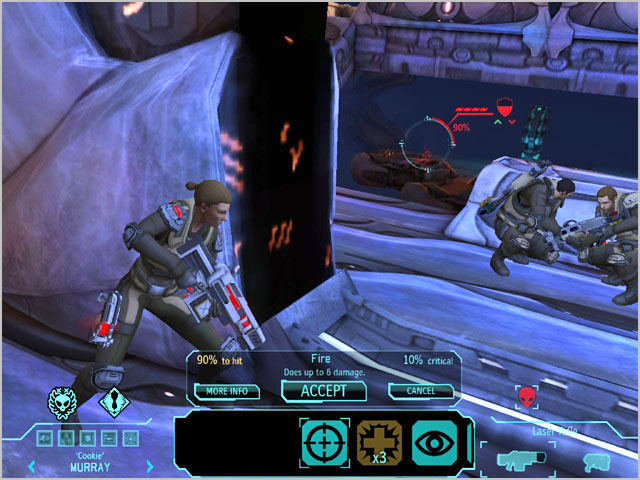 review I am really disappointed with XCOM. Not because of the game itself, but the fact that, within a day of it being released on the Apple App store for $20.99 the Internet has filled with comments from people saying words to the effect of “it’s too expensive” and “I’ll wait for it to drop to $0.99.”

I am tired of the entitlement in the games industry. If you people want good games to play, start paying for them. My honest recommendation is for anyone that wants to see more AAA-games on the iPad, buy this on principle and prove to the game development community that premium games without in-app purchases can earn enough revenue for the developer and publisher to bother releasing it in the first place.

Now, that rant aside, here’s why this game is essential:

XCOM was one of the most pleasant surprises in the games industry when it was released on PC and consoles last year. In a world where conventional wisdom is that gamers are happiest when playing linear, thoughtless games with lots of gore and Hollywood voice acting, and developers and publishers are turning classic franchises into these kinds of games to the horror of the fans of the original (remember the recent Syndicate and Shadowrun games?) 2K Games was brave enough to make a game that the masses wouldn’t like. Here is a game where not only is it possible to lose, but it’s possible to feel very stupid in the process.

XCOM doesn’t really hold your hand. Units die easily, and after a short introduction to all the game, players are left to make a regular stream of difficult decisions. It’s a game broken up into two parts – there’s the mission-base, where players allocate resources, level up units and keep an eye out for opportunities to attack the hostiles in key strategic locations. This part of things plays out a little like a real time strategy/ simulation hybrid, and the decisions made there will have a direct impact on the second part of the game – the on-the-ground tactics combat, which is turn based and has players lead a squad of a handful of soldiers into skirmish-level engagements.

As with all tactics games, finding a good mix of skills and building a team that can support one another to tackle tough enemies is crucial, and because death is permanent in this game and you can rename characters as well as control the skills they develop as they level up, you come to really care about these soldiers, and when they die (and many of them will), it’s disheartening. On the higher difficulty levels managing to keep a soldier alive long enough to hit the elite skill sets is a massive achievement, and that resource becomes so precious thereafter that you don’t really want to use him or her in battle again, for fear of a wayward shot taking them down.

Units can be further customised with equipment that an R & D lab can devise from objects recovered from the battlefield. There’s never enough in terms of resourcing or time to develop everything and so choosing the right projects to protect the soldiers on the battlefield becomes paramount. If there’s any one recurring theme to XCOM it’s that your decisions as the player matter, and that in itself is enough to separate this game from almost anything else that’s been developed in the past generation where players are prescribed their experience in the nice, neat doses that the developers want them to.

The interface is mapped well to the iPad – because this is a slow paced, strategic game (and turn-based to boot) there isn’t really any way in which players can make a mistake and land their soldier in a death zone. Players are asked to select movement or attack actions, and then confirm that that indeed is what they wanted to do – that bit of redundancy did prevent me from making a couple of mistakes, but the point is here that I didn’t make any mistakes in my actions (which is unfortunate, there are times I would have liked to blame something other than myself for a badly thought-out strategy. In the command centre things got a little more weird on me with the occasional random camera movement when the game interpreted something I did as a double-tap when it wasn’t, but after a first 20 minutes of regular irritation I got the hang of massaging the game’s engine through those difficult periods.

Let’s talk about what is missing from the iPad version however. There’s no multiplayer right now, and for a tactics game that’s close to unforgivable unless you’re Fire Emblem. However, we are promised that it is coming, so this review assumes that it’s there and it works. What probably won’t be patched in is variety in the randomly-designed levels for non-story critical missions. This was a bit of a sore point in the PC and console versions of XCOMs, and there’s even less variety in the iPad game, for whatever reason. It’s not even close to enough to ruin the game, but the repetitiveness of the levels does mean that a certain sensation of a grind sets in eventually.

In terms of aesthetics it looks gorgeous on the Retina display of my iPad 3, but there are clearly fewer polygons used than in my PlayStation 3 version of the game. There’s a few framerate issues here and there when cutscenes are rendering using the in-game engine, and the FMVs are clearly compressed and too grainy for their own good. This is despite the game being nearly 2GB to download. But these minor technical issues are not worth dwelling on – the point is that this is an AAA-grade console title that works better on the iPad because it’s now portable.

And that is worth $20. So if you like games that are actually fun to play do yourself a favour and splash out. Even if it means you miss out on a couple of coffees next week.