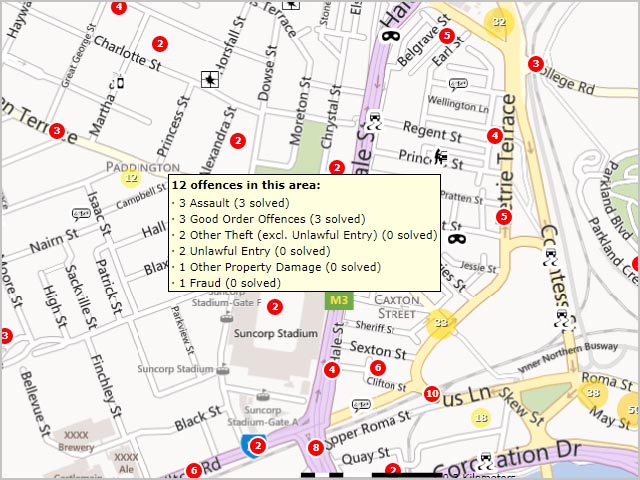 blog You might be forgiven for thinking that the Queensland Government couldn’t possibly get anything right when it came to technology. After all, a recent whole of government audit of the state’s technology processes and infrastructure recently found that ninety percent of the Queensland Government’s ICT systems are outdated and will require replacement within five years at a total cost of $7.4 billion. But occasionally Queensland claws one back.

Police Minister Jack Dempsey announced yesterday that the Queensland Police Service had successfully delivered a new Online Crime Statistics Crime Portal that allows residents to access crime statistics for any area in the state, all through an interactive web portal. Dempsey tells us in a media release:

“The portal is another example of the State Government’s commitment to open data and is in addition to crime data already available through the QPS website. It allows Queenslanders easy access to what is happening in their neighbourhood from their desktop computer, smart phone or tablet.”

Apparently the data contained in the portal dates back 13 years and is updated on a nightly basis, being one week in arrears. It was developed in-house, and uses, or so we’re told, Microsoft’s Windows Azure cloud computing platform, as well as the company’s Silverlight web technology.

Now, sure, this isn’t a huge project. It wouldn’t have taken a lot of effort to put this together, and it’s actually the kind of thing which you have to assume any police department would be looking at doing as a basic ‘keeping the lights on’ initiative.

However, it’s also worth noting that the QPS’ new Online Crime Statistics Crime Portal is precisely the kind of project which a trouble-plagued government like Queensland should be trying to get across the line at the moment. It’s based on commodity cloud computing technologies, it aggregates existing government datasets, and it provides a direct service to the population of Queensland — a service that will be used. If this isn’t the definition of a good government IT project, then I don’t know what is. It’s great to see something positive come out of Queensland in the IT field, and we hope to see a lot more along these lines. Baby steps.