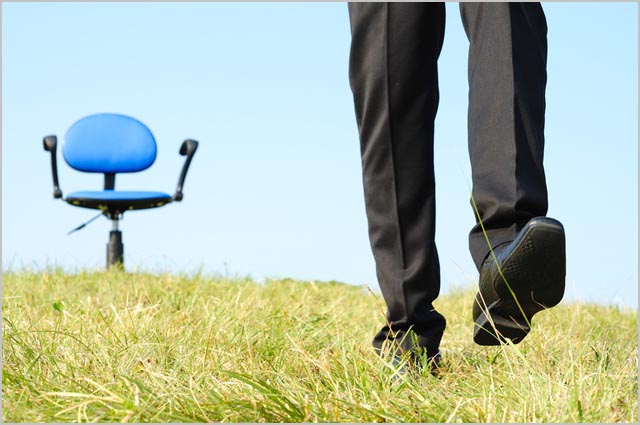 news Queensland’s Department of Transport and Main Roads this month revealed it had recently lost its most senior IT executive; a move that comes as the department gears up for an extremely wide-ranging refresh of its fundamental IT infrastructure designed to bring it up to date with modern desktop and application environments.

For the past several years, since November 2010 (according to the executive’s LinkedIn profile), the department’s chief information officer has been Chris Fechner. During that period, the executive’s profile states, Fechner was responsible for implementing “major reforms” in enterprise information and linear asset management, productivity and collaboration, enterprise resources planning and online services.

Fechner also “completed large scale ICT organisational reform” including the design of new roles within Transport’s IT department using the Skills Framework for the Information Age, as well as implementing the Prince2 project management methodology, the ITIL service management framework and an enterprise architecture framework from The Open Group. Fechner also worked on consolidating and optimising some of Transport’s IT contracts during that period. Further information on Fechner’s time at Transport can also be found in this iTNews article.

If you look back through Fechner’s LinkedIn profile, it is apparent that the executive has held pivotal roles within the state government’s IT operations for some time. Immediately before becoming CIO at Transport and Main Roads, he held an eight month role as chief information officer of Information Services at Queensland Rail’s National arm. He had previously held another post as senior manager of solution services/customer and delivery services at Queensland Rail, as well as leading an ERP team and several other senior positions dating back to May 2005.

However, according to several sources, Fechner left Transport earlier this year, a little over two years into his tenure as CIO. The news was first reported by Intermedium, and Fechner’s LinkedIn profile confirms in February he joined SAP and supply chain consulting firm FourPL.

The new CIO would, according to the job ad, “lead the design and development of a technology vision and multi-year strategy that is implemented by an efficient Information and Communication Technology function, aligned to the Department of Transport and Main Roads business strategy”, as well as acting as Transport’s “key advisor” on ICT strategy, operations and projects. The role attracts a salary of between $168,000 and $181,000, likely making it one of the higher paid CIO positions in Australia’s public sector.

Fechner’s departure from Queensland Transport comes at a sensitive time for the department. Transport recently revealed plans to kick off an extremely wide-ranging refresh of its underlying desktop IT infrastructure which is slated to see legacy products such as Lotus Notes, IBM Sametime, Windows XP and Novell’s file, print and application deployment software replaced with more popular and updated equivalents.

The department — one of the largest in Queensland, with a large central office in Brisbane and branch offices scattered throughout the state — recently released tender documents for a project which it terms its Productivity and Collaboration Improvement project (PCI). In the documents, the department noted that it was currently running a large number of software platforms currently considered to be outmoded by most enterprise IT departments around Australia.

For example, the department currently runs Windows XP on most of its desktop PCs. It will replace Microsoft’s decade-old operating system with Windows 7/Windows 8. Microsoft Office 2003 will be updated to Office 2010 or 2013, SharePoint 2007 will be updated to SharePoint 2010, IBM’s Sametime collaboration platform will be replaced with Microsoft Lync, and Novell’s File and Print and ZenWorks platforms will be replaced with Windows File and Print , as well as Microsoft’s System Center Operations Manager (SCOM).

One of the other significant upgrades the state is planning to implement is a replacement of IBM’s Lotus Notes platform with Microsoft’s Outlook/Exchange platform; although the department noted that it could move to a “cloud” platform, pending guidance from Queensland’s central whole of government office of the chief information officer on the issue.

It appears as though the department’s PCI project has been under way for some time already. In its documents, the department noted that the project dated back to 2011. “In late 2011, TMR partnered with Microsoft to design, build and implement a small (50 users) managed proof of concept based on Microsoft’s collaboration and business productivity platform. Success through the [proof of concept] provided early validation and momentum leading to the establishment of the PCI project,” the department wrote.

In addition, the Queensland Government as a whole — including Transport, one of its largest departments — is facing a crisis of confidence in its ability to manage and deliver IT services and projects.

A landmark ICT audit report delivered earlier this month found that ninety percent of the Queensland Government’s ICT systems are outdated and will require replacement within five years at a total cost of $7.4 billion, as Queensland continues to grapple with the catastrophic outcome of years of “chronic underfunding” into its dilapidated ICT infrastructure. The desktop upgrade mentioned in this article is one aspect of Transport’s attempt to meet this challenge.

The ICT Audit specifically flagged a number of issues within Transport. For example, in one segment the audit noted that Transport, among a number of other key departments and agencies, had “no clear information security capability” in terms of IT security staff. As with other major departments such as Queensland Health and the Department of Communities, Transport also has several major IT redevelopment initiatives under way for key line of business applications, requiring tens of millions of dollars in funding. A number of its existing applications are listed as being “end of life” in the document.

opinion/analysis
I’m not sure why Fechner left Queensland Transport and Main Roads, and it’s likely that the move was entirely for personal reasons. However, what I will note that I expect to see similar CIO departures at major Queensland Government departments over the next six months. There is a lot of pain to come in the state’s IT operations — a lot of pain — and some degree of executive turnover is to be expected. Fechner looks like he did a lot to reform Transport’s IT operations in a relatively short time, including the injection of some much-needed IT governance controls. Let’s hope that effort sticks and Transport doesn’t go off the road in the next several years to the extent that other Queensland Government departments have.