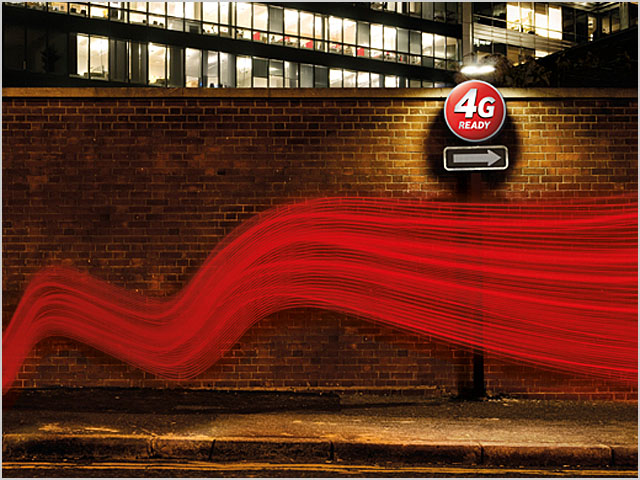 news Almost two years after Telstra first launched 4G mobile broadband services and a year after Optus did the same, the nation’s third mobile telco, Vodafone, has finally limped across the starting line, revealing today that it had switched on 4G mobile broadband access in selected areas of major Australian cities.

Telstra first officially switched on its 4G network in September 2011. Since then the telco has continually progressed the rollout of the network to thousands of locations around Australia, accumulating a massive 4G customer base running to several million along the way. Optus was slower off the mark, launching 4G services in mid-2012; but the SingTel subsidiary has done much to catch up with Telstra and has accumulated close to a million 4G customers.

In contrast, Vodafone has lagged behind as the telco deals with the still-dire fallout of the series of network outages and customer service woes it has suffered over the past few years, known collectively as ‘Vodafail’. The telco has focused on bringing its existing 3G infrastructure up to speed rather than on the next generation of 4G speeds.

However, in a media release issued this morning, Vodafone revealed it had finally joined the 4G race.

Vodafone chief executive Bill Morrow said the telco had been working “tirelessly” to bring its customers the best speeds available in the country. “Australians have told us loud and clear they want a fast and reliable network,” he said. “We have invested heavily in our 3G and 3G+ networks and we know our wide-band 4G rollout is going to thrill our data-hungry customers.”

A key part of Vodafone’s pitch to customers will be its claim that it will be able to offer faster speeds on its 4G network compared with the 4G networks of Telstra and Optus, due to its increased level of wireless spectrum holdings in some areas. The telco holds a ‘unique’ 2 X 20MHz continuous spectrum, and this morning said this would allow is to achieve speeds up to 100Mbps, “outpacing competitors in all of the five mainland capital city areas today”.

Vodafone has previously said that it has conducted local tests up to 80Mbps, and tests conducted by Gizmodo at a recent press event typically averaged above 60Mbps, putting Vodafone’s 4G network theoretically similar to Optus’ network and faster than Telstra’s 4G network, which has typically ranged up to 40Mbps or so.

“Vodafone customers in 4G areas with compatible devices will have access to speeds that are among the fastest not only in the country but in many parts of the world,” Morrow said in the telco’s media release this morning.

“Launching in selected metro areas of Sydney, Perth, Melbourne, Adelaide, Brisbane; and Newcastle and Wollongong, Vodafone’s wide-band 4G network is set to treble by year’s end,” the statement added. “At speeds faster than most high-speed wired connections, customers will be able to stream music and videos, use apps, social media and email with ease.”

Morrow described the announcement as “a key milestone in meeting Australians’ demands for good value, fast, reliable mobile services”. “We’ve been single-minded in our determination to improve our network, enhance our customer service and offer the best value mobile services in the country,” the executive said.

“We have rebuilt our 3G network and rolled out a brand-new 3G+ network and today we’re offering a leading-edge 4G network to customers on the best value plans in market. Our 4G network launch comes less than two weeks after Vodafone announced a significant expansion into regional Australia and complements our Tasmanian call centre expansion, which will see our already exceptional customer care team double.”

“To say this is an exciting time for the Vodafone brand in Australia is putting it mildly – but we want our customers to be the judge of that and we’re looking forward to hearing what they think of our new 4G network. Our network team has worked around the clock to ensure our 4G launch is an amazing one and I want to publicly acknowledge the fantastic work they have done – it’s world class,” Morrow added.

However, not everyone will be able to get access to the 4G speeds immediately. This morning Vodafone said it was “inviting its eligible customers with the right phone and the right plan in 4G areas to switch on first and experience the network for themselves”. “New customers will be able to join from next month,” the telco added.

opinion/analysis
Great to see Vodafone finally limp over the line with respect to its 4G infrastructure, and I hope to be able to test the company’s network soon and see if it lives up to its claims. I note that Vodafone has not released any 4G network maps today and that there wasn’t a formal launch event this morning (disappointing compared to previous years: I seem to remember at the 3G announcement some years back, the company went all out with a bunch of gaudily clad dancing girls (and boys), as well as a ritzy launch at its then-Chatswood headquarters. Of course, the financial situation is looking a lot different for the big V these days — it’s less party animal and more rollout machine. I can’t say that this is a bad thing, given that a party isn’t usually what you want for a 11AM mobile network launch).

With this and the limited customer sign-up situation in mind, I believe we should view Vodafone’s launch this morning as something of a ‘soft launch’ or ‘beta’ period for the new 4G infrastructure, so that Vodafone can get a few thousand customers onto the network quickly and start to test how it performs under modest load. This isn’t the full commercial 4G launch.

I also am betting that Vodafone doesn’t actually have much 4G coverage yet. I would bet that it has this morning switched on its 4G speeds in areas such as the CBDs of the major cities mentioned, as well as in airports and perhaps along some major public transport routes and secondary CBD areas. That’s what we saw from Telstra and Optus early on, and I think that’s what we’ll see from the big V right now as well.

But anyway, congrats Vodafone — we all know how tough you’ve been doing it recently, and while it’s hard to find much sympathy for the ailing fortunes of multi-national corporations, it would be good to see Vodafone get back on its feet, for the sake of mobile competition in Australia. Let’s hope this 4G launch is a step on the right direction and not another #vodafail.

Update: The 4G coverage is now listed on Vodafone’s coverage checker page. It seems quite substantial in major cities — and certainly more widespread than I initially expected. After checking it out, I suspect Vodafone may have committed a pretty strong effort to this launch. It’ll be interesting to see what feedback comes through about the 4G network over the next few weeks.