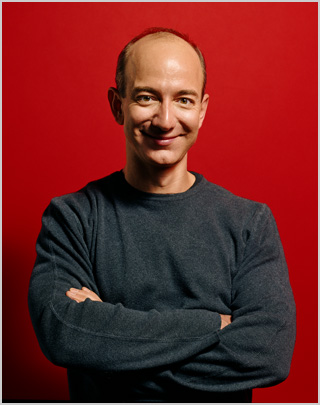 news The cloud computing branch of online retailer Amazon late last month claimed it was seeing rapid uptake from the launch of its first Australia-based datacentre; simultaneously announcing the launch of a dedicated support centre based in Australia to serve local customers.

After six months of rumours and the launch of several ancillary services down under, Amazon Web Services announced the availability of locally-hosted cloud computing services from an Australian datacentre in November last year; with prices comparable to those seen overseas. The move was immediately seen as removing many of the barriers to entry to Australian organisations wanting to take advantage of the economies of scale from using Amazon’s public cloud computing infrastructure.

At the time, Amazon said that over 10,000 organisations in Australia and New Zealand were already making use of AWS. For example, it said, the Commonwealth Bank of Australia was running customer-facing web applications on AWS as part of a cloud strategy that has been underway for the past five years and local accounting software vendor MYOB was hosting its Atlas website builder software with Amazon — with currently more than 40,000 small and medium size businesses using Atlas on the AWS cloud.

In addition to the launch of the local datacentre, Amazon also noted at the time that it had established offices in Sydney, Melbourne and Perth. “We will be adding a local technical support operation in 2013 as part of our global network of support centers, all accessible through AWS Support,” the company said.

In a statement in late April, the company said in just that six month period since the local datacentre launched, it had seen rapid growth in local customer uptake of its cloud computing services in general, with some 14,000 customers at that stage using the company’s infrastructure.

“In the five months since it launched, the AWS Sydney Region has been one of the fastest growing Regions ever.  Customers across Australia and New Zealand are using AWS to build business critical solutions, develop new projects quickly, and manage enterprise applications,” said Adam Selipsky, Vice President, Amazon Web Services, Inc. “In response to this strong demand from customers, we continue to invest in the region by growing both our IT infrastructure and our local team – including account managers, solutions architects, partner alliance managers, and experienced engineers for our local AWS Support Center.”

“The arrival of the Amazon Web Services Sydney Region removes barriers to cloud adoption in Australia, and provides low latency access to storage, disaster recovery, and application hosting services.  AWS Cloud revolutionizes the delivery of a number of technology services, helping us to contain costs and allowing our business to focus on core operations and growth,” said Jeff Smith, CEO Shared Services of Suncorp Group, in Amazon’s statement. “We chose AWS for its track record of operational performance, innovation and global scale,” said Andrew Lam-Po-Tang, Chief Information & Technology Officer at Fairfax Media.  “Using AWS enables us to focus on business outcomes and to partner with the business to drive Fairfax Media’s digital growth.”

In the same statement, Amazon made a number of other related announcements. For example, as it mentioned in November, the company announced the launch of a new local Support Center staffed with “IT professionals experienced in AWS best practices and problem resolution”. “The AWS technical Support Center in Australia joins the company’s global network of customer support operations, helping customers of all sizes and technical abilities successfully utilise AWS products and features,” the company said. “AWS Support is a one-on-one, fast-response support channel that is staffed 24x7x365 with experienced technical support engineers.”

In addition, the company announced that AWS Marketplace software applications from third party software vendors were now available to all customers using the AWS Sydney Region. “Customers can purchase software through AWS Marketplace and, with a single click, deploy the application along with the ideal configuration of AWS Cloud infrastructure needed to support it,” the company said. “Over 100 software products for production, testing and development purposes are currently available in the AWS Sydney Region, including MongoDB, aiCache, Citrix Netscaler, F5, Jaspersoft, and Microstrategy, with more software applications being added continuously.”

opinion/analysis
I know that the media release which generated this story is a few weeks old, but I thought it important to cover on Delimiter. Very rarely have I seen such rapid uptake of a company’s technology services for businesses when that company has launched in Australia. 4,000 additional customers in Australia and New Zealand in just six months? That’s a 40 percent uptick in customers which Amazon generated just by launching a dedicated region in Sydney. I doubt that the revenue from those customers (many of whom, doubtless, will be small to medium businesses, especially technology startups), would be covering Amazon’s Australian startup costs just yet (datacentre rollouts don’t come cheap), but there is no doubt that Amazon would be finding this level of growth very encouraging — and rivals such as Rackspace and Ninefold would be finding it very disappointing, given that they already had existing comparable facilities in-market.

What we’re seeing here is the impact of demand being uncapped. I and other journalists have been reporting complaints from Australian companies and government entities for years about demand for Australia-based cloud computing infrastructure. Now that most major players have committed to this kind of investment in the local market (of course, there are still holdouts such as Microsoft and Salesforce.com), much of that demand is being uncapped and is translating into real dollars for those finally meeting it. This rapid growth by Amazon following the launch of its Sydney facility is pure vindication for those Australian IT professionals who have been demanding such facilities from major vendors for a very long time.

I will particularly be interested to see how quickly Australia’s public sector adopts the new local cloud computing paradigm, as the similarly conservative financial services sector appears to have already jumped right in.