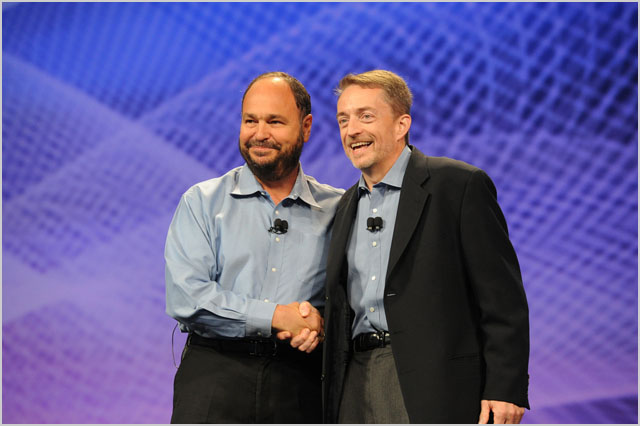 blog Apparently virtualisation giant VMware isn’t content with having its software used by virtually every major organisation in Australia, and wants to push things a little further by launching its own public cloud offerings globally. Hype has been building about the company’s planned launch of the new platform later this month for some time. Locally, the big news is that VMware appears to be planning to deploy its public cloud to Australian datacentres, as The AustralianIT reports this morning (we recommend you click here for the full article, it’s quite detailed):

“Software virtualisation leader VMware is on the hunt for data centre capacity in Australia as it gears up to launch possibly one of its biggest investments in the next decade.”

To be honest, we’re having trouble seeing this as a hugely significant move on VMware’s part. After all, pretty much all of the cloud facilities already available from Australian datacentres (ranging from those operated by top-end players like IBM, Fujitsu and CSC to the more mass market offerings of companies such as Amazon, Rackspace and Ninefold) already run VMware’s virtualisation platform. We’re not quite sure what VMware will be able to add on top in terms of specialised services that customers would find desirable. VMware has already made so much money selling shovels in a gold rush; we’re not quite sure whether going into the mining business is precisely the best idea. However, with its market presence right now, we’re pretty sure the company could make pretty much anything fly if it truly wanted to. So we’ll hang onto our hats to see how big a deal VMware’s entrance into the cloud computing market will be.