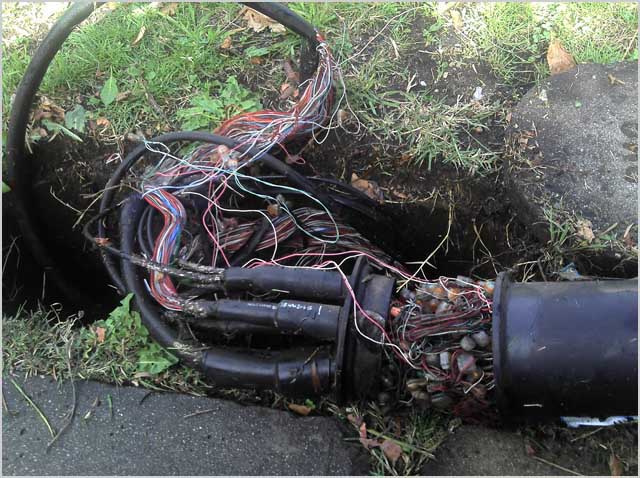 blog If BT’s rollout in the UK is any indication, fibre to the node may not be the perfect broadband solution it has been hyped up to be. UK site ISPreview has published the sad tale of a situation where the copper part of the telco’s FTTN rollout severely hampered the overall speed which one very high-profile broadband consumer was able to attract:

“The CTO and Co-Founder of business ISP Timico UK, Trefor Davies, has called for a “total network rollout” of true fibre optic broadband (FTTP) services after highlighting how corrosion on his copper BT telecoms line had caused a recently installed FTTC service to drop from an average speed of 53Mbps to just 6Mbps (Megabits).”

This situation has particular relevance to your humble writer, whose ADSL connection has recently been very up and down following the large amount of rain which Sydney has been privy to. Reliably, our copper-based traditional PSTN line currently kills our ADSL2+ broadband connection when it receives a phone call — but only when it’s raining. Stellar performance, right? One wonders whether it would be a similar situation if we had Fibre to the Node. Wonderful.