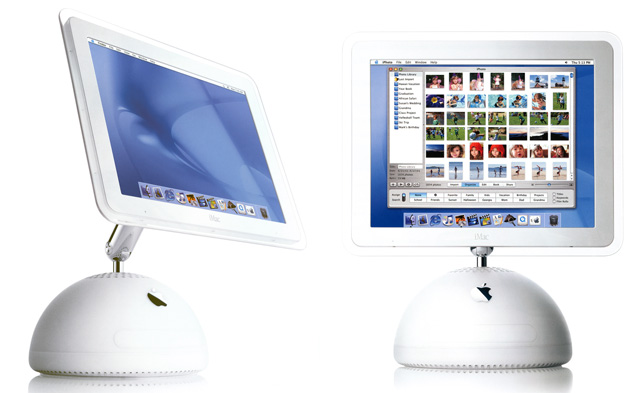 blog Those of you with long memories will recall that Apple introduced a version of its iMac desktop back in 2002 that had a dramatic new design of a form that the IT industry hadn’t really seen before. Dubbed the ‘sunflower’ iMacs because of their resemblance (and inspiration by) the sunflowers growing in Apple chief Steve Jobs’ back yard, these new brand of iMacs were quite popular until the line was discontinued in 2004.

In Australia, the machines were famously deployed at the NSW Roads and Traffic Authority’s public registry offices under the remit of then-chief information officer Greg Carvouni. Carvouni’s tenure at the RTA was an unusual time for a government authority; iMacs, Mozilla Firefox and other alternative platforms such Sun’s StarOffice suite (which became OpenOffice.org) were all implemented, in highly unusual and pioneering moves for a normally conservative government agency. The group even dumped Microsoft Exchange (horror of horrors) and migrated its email onto Sun’s Java Enterprise System.

Of course, Carvouni’s long gone from the RTA, and the RTA itself has now been merged into a new agency, the Roads and Maritime Authority. I’m sure, if it’s not already, the new RMS will shortly be back on Outlook/Exchange and Microsoft Office like everyone else, and from iTNews today arrives the news that the iMacs — almost a decade after their deployment — are set to be binned as well, replaced by Acer gear. The publication reports (we recommend you click here for the full article):

“New Acer terminals will replace 1300 aging second generation (“lampshade) iMacs in RMS service centres. The old hardware has been in service for over a decade, and has reached the end of its useful life”

Say what you like about Apple, but its hardware does last, principally due to its extremely solid build quality and fundamental engineering. In major organisations, it’s common to see a three to five year desktop PC/laptop refresh cycle. The fact that the RTA’s iMacs are still in operation a decade after they were deployed is a huge testament to Carvouni’s vision in deploying them in the first place. The ‘sunflower’ form factor was perfect for the job in the cramped terminal spaces allotted to the RTA’s registry offices, and Apple’s Mac OS X operating system was obviously secure and stable enough to last the distance, although I’m sure the RTA’s iMacs aren’t running the latest Mountain Lion version today.

And don’t be under any illusions: These iMacs are still being used right now by the RTA. I went into the Sydney CBD RTA registry this afternoon to renew my driving licence (a happy coincidence). I was served by a very polite lady who filled in my details on her sunflower iMac and gave me my new licence. To her right was a string of about a dozen other sunflower iMacs happily being used by staff. A decade after they were deployed. Now that’s what you call return on investment.