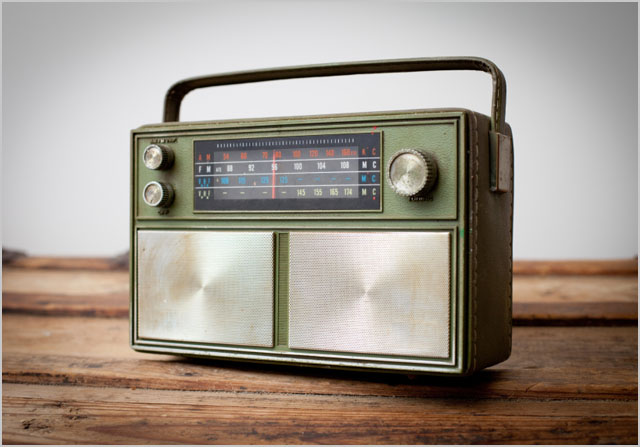 This article is by Karl Schaffarczyk, law student at the University of Canberra. It was first published on The Conversation and is re-published here with permission.

analysis Online streaming of radio broadcasts may be a thing of the past after the Full Federal Court yesterday handed down a ruling that will result in radio stations paying higher royalties to the recording industry.

The Phonographic Performance Company of Australia (PPCA), on behalf of recording artists and music labels, won a declaration that internet simulcasts of radio programs fall outside the definition of a “broadcast” under the Copyright Act and are therefore not covered by existing licences granted to commercial radio networks.

Following on from a failed High Court bid to increase license fees, legal action was initiated in 2010 by PPCA to separate licensing for online radio programs from traditional broadcasts. The PPCA’s purpose seems to be clear: to create a new revenue stream from online license fees. This was at a time PPCA was aggressively pursuing increases in their revenues, such as fee increases of 4,729% for operators of cafes and gyms.

The PPCA is one of a number of copyright collecting societies: when anyone plays recorded music such as a CD, MP3 or music video in public, permission must be obtained from the person or company that owns the copyright of that recording.

The PPCA represents many copyright holders – both record labels and individual artists. It is then the job of the PPCA to issue licenses for the public performance of recorded music, and to collect license fees and return those to the copyright holder.

In 2000, on behalf of its members, CRA obtained an “umbrella” license granting each member a license to broadcast recorded music, and those arrangements remain in place today. At the time, radio stations making their broadcasts available online was a new thing, and it’s likely online content was not contemplated as a threat in the context of the agreement.

During 2010 the PPCA claimed that a CRA member radio station – NovaFM – had breached copyright in a work managed by the PPCA. The argument was that NovaFM had played a song that was both transmitted on the usual FM band and simultaneously made available on the internet. The PPCA claimed the broadcast license issued to CRA members did not cover broadcasts also being made available online.

The PPCA based its claim of breach by referring to the wording of their agreement, which permitted members to broadcast licensed material. They went on to point out that making content available on the internet was not broadcasting, and therefore not covered under the terms of the license.

In September 2000 the then-Minister for Communications, IT and the Arts Richard Alston made a determination that excluded certain services being defined as a broadcast, namely:

Making an adjustment for the double negative (making an exception to an exclusion in the determination), we might interpret this to include as a broadcast:

In February 2012, when this case was first brought before the Federal Court, Justice Foster agreed with CRA’s reasoning on this point and dismissed the PPCA’s case on the grounds that a simulcast radio program was a broadcast, whether delivered using radiowaves or online.

Yesterday’s ruling by the Full Federal Court overturned last year’s single judge ruling. Justices Emmett, Besanko and Yates took up the argument put forward by PPCA relating to legislative reforms designed to regulate datacasting (adapting broadcast services to provide internet) as being the motivating intention behind the issue of Minister Alston’s determination. On this basis, the judges considered that delivery of radio and television programs could be categorised in three ways:

The Court found the radio program by NovaFM was supplied to the public by two simultaneous but separate services: the first being a traditional radio broadcast falling into the first category, and the online version fitting the second category, but accordingly not a broadcast.

In accepting the PPCA’s interpretation of the ministerial determination being for the purpose of regulating datacasting, we encounter wild inconsistencies within the law.

Viewed through this lens of regulation of datacasting, the ministerial determination effectively makes any television or radio programs delivered over the internet fall into the category of a broadcast if the internet service over which it is delivered is a datacasting service (for example wireless internet using the analogue TV spectrum). Yet the same television or radio programs delivered on any other form of internet access (such as ADSL broadband) is not a broadcast.

Effectively the ruling is saying that regulation is not applied on basis of content, or the originator of the content, but in how that content is delivered to a consumer, including distinguishing between methods of accessing the internet. Regulating television and radio in this fashion simply cannot serve any useful purpose.

That said, if we consider the ministerial determination through a lens of regulating incumbent broadcasters while not stifling progress, efficiency and innovation, we find that radio and television programs can still be categorised in the same three ways. With the results being, respectively:

Due to the high stakes involved it will be very surprising if the CRA does not seek leave to appeal to the High Court.

Without a successful appeal against this court ruling, the PPCA is now in a position to demand fees above the present 1% regulated fee from any radio station that makes its broadcast stream available online.

Given recent PPCA demands of huge increases in license fees for other users of recorded music, a likely scenario is that many broadcasters will simply stop making their content available online.

Karl Schaffarczyk does not work for, consult to, own shares in or receive funding from any company or organisation that would benefit from this article, and has no relevant affiliations.