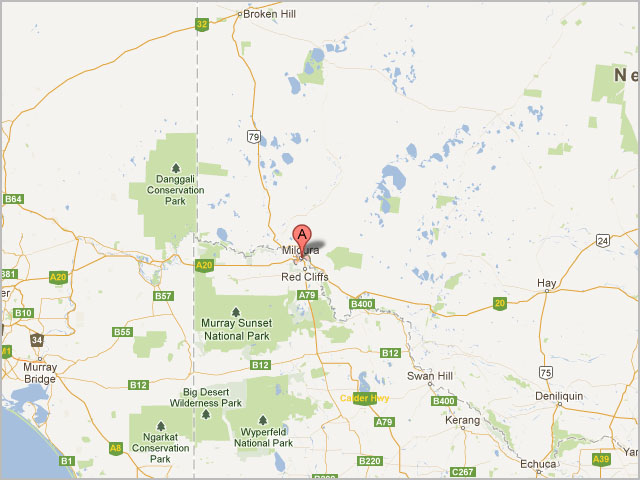 blog We haven’t found Apple’s new mapping application in iOS 6 to be that much of a headache — in fact, it does offer some noticeable improvements in some areas over the previous Google Maps tool — but then we weren’t trying to use the platform to navigate by road to the Victorian town of Mildura. According to the Victorian Police, quite a few people have made that mistake — and ended up in the middle of nowhere. Go figure. Victoria Police’s media release on the subject:

“Mildura Police are urging motorists to be careful when relying on the mapping system on the Apple i-phones operating on the iOS 6 system after a number of motorists were directed off the beaten track in recent weeks. Local Police have been called to assist distressed motorists who have become stranded within the Murray-Sunset National Park after following directions on their Apple i-phone.

Tests on the mapping system by police confirm the mapping systems lists Mildura in the middle of the Murray Sunset National Park, approximately 70km away from the actual location of Mildura. Police are extremely concerned as there is no water supply within the Park and temperatures can reach as high as 46 degrees, making this a potentially life threatening issue.

Some of the motorists located by police have been stranded for up to 24 hours without food or water and have walked long distances through dangerous terrain to get phone reception. Police have contacted Apple in relation to the issue and hope the matter is rectified promptly to ensure the safety of motorists travelling to Mildura. Anyone travelling to Mildura or other locations within Victoria should rely on other forms of mapping until this matter is rectified.”

Now, your writer was originally (presumably for sins in a previous life) brought up mainly in the rural NSW town of Broken Hill, which isn’t too far from Mildura … and frankly, there just aren’t many different roads out that way, so in our opinion you’d be pretty hard-pressed to get lost on the way to where you’re going. Why not just follow the signs saying ‘Mildura’ on the side of the road? I’m serious … there aren’t that many towns out that way. However, if the problem is this bad, at least it’s worth letting people know about it. I’d be curious to hear feedback from others using iOS 6 — how accurate have you found Apple’s new geographical tool to be when it comes to Australian locations?